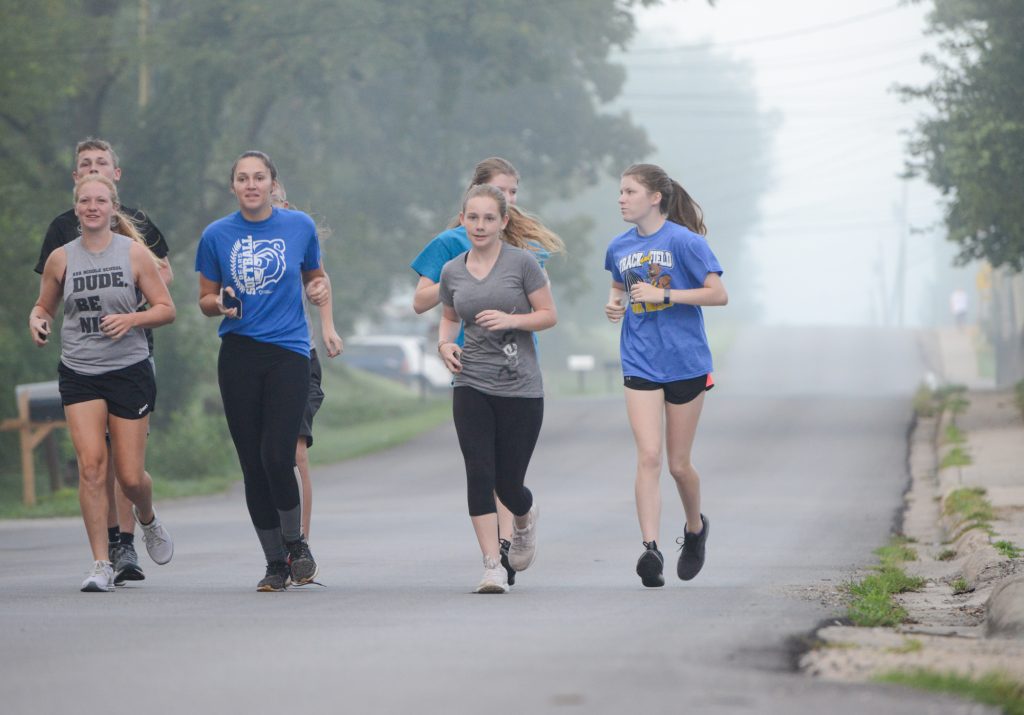 With miles and miles already behind them from their morning training runs, the Ava High School cross country team is running toward another season of success.

“We had bigger numbers last year,” said Dalton. “When we go compete, we (must) have at least five to score, so we’re hoping to have enough for scoring teams in varsity races. Other than that, we’re excited.”

Despite being fewer in number, coach Melissa Dalton is bringing back four seniors, two juniors and two sophomores.

Little, also known as an all-around athlete, led the Bears to state as the sole qualifier in 2018. She finished 87th of 164 other racers at the Missouri State High School Activities Association Class 3 meet.

“I did pretty well last year,” said Little. “It was my first-time making state in cross-country. This year I’d like to do that again except I’m hoping for better times and maybe make it to All-State.”

Senior Kennedy Meyer is another of the girls’ top distance runners. Last year her participation was cut short after suffering an injury, but she rebounded in time for track and field in the spring.

“I did pretty well in the races but then I got hurt,” said Meyer. “This year I want to do well.”

With a good group of young runners, Dalton is excited about working with the students, often running with them as they train in the early morning hours along the streets in Ava.

“I’ve got great kids and we just enjoy it,” said Dalton. “We have a good time. Running is not an easy sport by any means, but they get out there and they work hard.”

The team’s first meet will be in Strafford on August 31st, the Saturday right after the football season opener against Buffalo.

With summer runs and training ahead of them, the team will also be asking for a little help in funding costs. Unlike other sports activities, the group of runners do not have a large booster behind them.

On Friday, September 6, the high school will host the 7th Annual Silvey Stampede. Several age and distance divisions will take laps around the track at the sports complex. Registration is $10 for students and $12 for adults.

The proceeds will go to the team, but registration is due at any of the school principals’ offices by August 29th at 3 P.M.