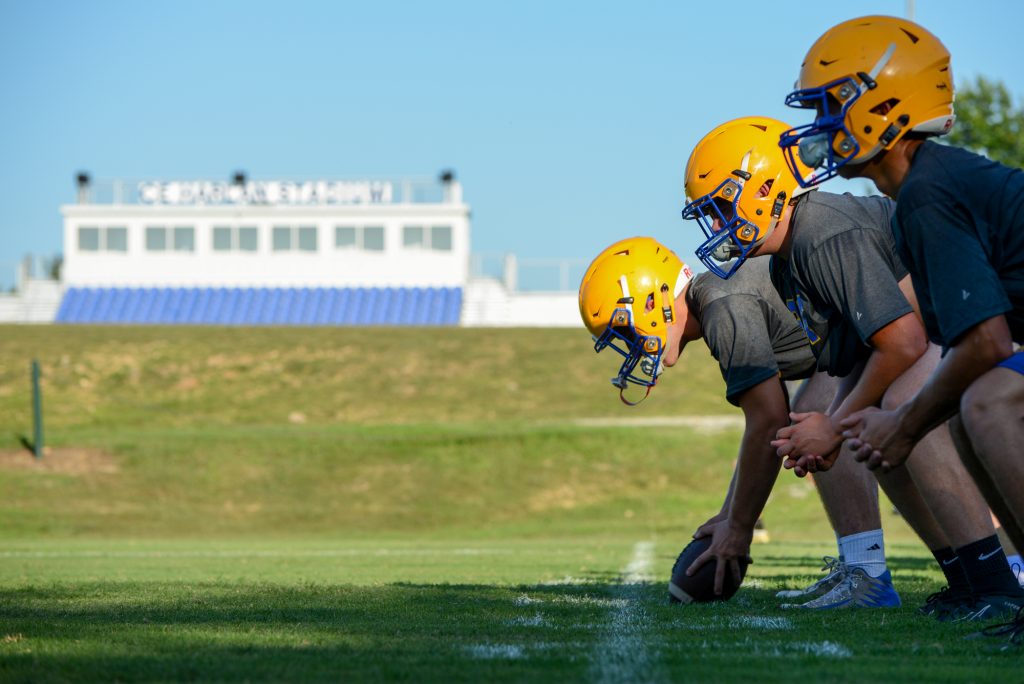 Summer days have drifted away to ah, oh, those summer nights. Although the incoming freshman class of athletes may not get that reference, summer fun is moving to the evening as Ava athletics return to the limelight.

Last year the Bears took their fan base all-the-way-out to Lamar after claiming the Class 2 District 3 title and the unscathed SCA Conference throne in a 7-win streak through against conference opponents.

“We have been district champions the last couple of years and haven’t lost a conference game in two years,” said coach Dan Swofford. “We want to ride on that momentum.”

With then senior Caleb Johnson and teammates Nate Swofford, Stephen Copeland, and Kayden Myers at the helm of the Bears’ successful 2018 gridiron season, the team went 11-2 overall with just one regular season loss to Buffalo last August.

The battle inside the Bear cage at the state tournament ended after wins over Forsyth, Liberty-Mountain View, and Fair Grove. A hard-felt 35-30 loss to the Lamar Tigers on the road last November stung after the Bears had regained a 30-27 lead late in the game. One more touchdown ended the Bears’ year.

“All the guys played hard and played tough and gave it all they had,” said Swofford.

Johnson racked-up 2,694 passing yards over 121 completions with 32 touchdowns during his senior year. The four-year varsity starter graduated over the summer, leaving large shoes to fill in his absence.

“Caleb was… he’s just been a fixture here for four years and had done a great job for us,” said Swofford. Nate played quarterback his junior year, he played JV a lot and last year his role was as a running back.”

Last year as a junior Swofford amassed 98 carries for 768 yards, averaging 7.8 yards every time his hands were on the pigskin. Receiving, Swofford made 12 completions for 235 yards. Overall, the then junior pushed the Bears offense forward with 1165 all-purpose yards to close the 2018 season.

Now he will be at the head of the offense. 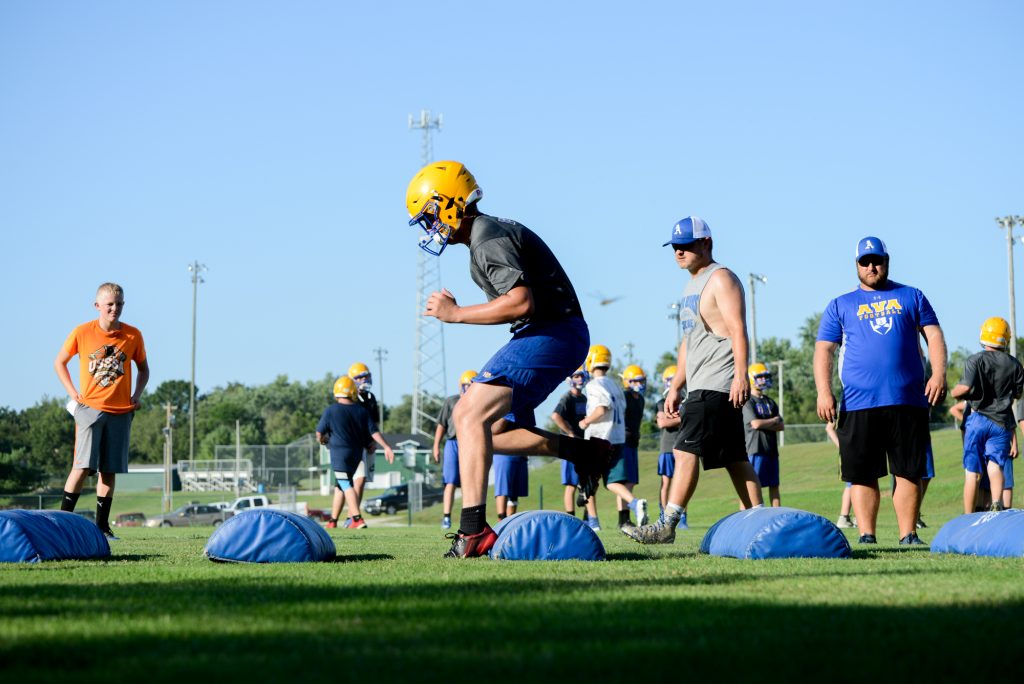 Returning senior Kayden Myers runs through the bags during a workout at the team’s first practice Monday, August 12, 2019, in Ava, Missouri. (Jason Hoekema/Herald)

“He’ll have a learning curve,” said coach Swofford. “He’ll make some mistakes, but he’s done well this summer and I anticipate him going as long as he stays healthy. He’ll do just fine.”

Those are the dynamics of small-town football. With smaller varsity rosters, many players are developed into utility teammates.

“That’s what we do in small school football. Everybody needs to be able to be ready to play at any time at any spot. That’s always our charge of the year, coaches getting guys where they’ll be most successful where they’ll help the team out the most.”

Nate isn’t the only one in a new role this year, either.

This year Dylan King, who was a wideout, has moved to offensive tackle because “he’s tough,” according to coach Swofford.

“He’s not your traditional tackle, but we’re not a traditional football team,” said Swofford. “It’s just what small school football does. We play both sides of the ball.”

One of the challenges facing the team this year was the hot start. With temperatures into the 90s and heat indices well above 100, the water spot was well-used. Season’s usually start hot as summer peaks into fall before temperatures finally cool off.

“With this heat there’s a fine line there,” said coach Swofford. “You’ve got to get in shape, but you got to have him for Friday night. I can’t do anything to get them injured. So, we’re being very careful with that.”

According to a sports brief from The Weather Channel on Tuesday, 90-degree heat can equal to 130 degrees on some surfaces. After just 20 minutes of exertion, the body can climb to 100 degrees as it works to stay cool.

Practice shirts displayed a unified phrase, “GRIT.” With the heat and the work needed to be ready for their season opener, these young men aren’t just building muscles, they are building character.

“Our last two or three years we’ve used that word on our shirts,” said Swofford. “If you look closer, we’ve got some that say, ‘hard work’”.

This year’s motto is “Finish It.”

It a trait Swofford hopes to instill into the young men who he has watched grow up since 2009.

“We want to finish things in our society. It’s one of the worst things going (on today),” said Swofford.  “I’m really looking forward to seeing these men grow up from boys to young men. “We coach our boys out of love and we love them,” said Swofford.  “(We want them) to be good football players, but we want them to be working towards (being) good young men someday. I look forward to seeing the growth in them physically, mentally, and emotionally. That’s what I love to see.”

Missouri State High School Activities Association class and district assignments have yet to be determined, the Bears open this year in similar fashion against Buffalo. This time the Bears have the homefield advantage.

With several players changing roles on the team, backed by returning strength and expertise from two-time All-State player Kayden Myers, along with Josh Bray, Dylan King, Zack Mendel, Spencer Skyles and Mason Cole returning to the gridiron this year. The list goes on… and on.

Coach Swofford feels as if there is a “target” on the Bear’s back. All-out South Central Association Conference champs for two years, the Bears will be bringing their best, as will conference rivals Mountain Grove, Liberty-Mountain View, and Willow Springs.

Having only seen the Bears in action in one game against Lamar last year, it is difficult to venture out and make an all-out prediction for the season.

With several returning with their experiences on a winning team and the examples left for them to lead with, the team has built up their single-season yardage steadily since Swofford took the coaching position.

Since 2014, Swofford has led the Bears to grow from yards per game in the low 300s to averaging 387 yards-per-game in 2008. Receiving and rushing have also improved greatly in the same time frame.

Should the Bears continue to improve in spite of some shifts in the offense, we can expect another good year of football from Swofford and his young men. With changes in positions and learning new responsibilities, some players may also be on a learning curve in the first games of the season, which can lead to potential losses.

That is also countered by the number of experienced players returning, which is believed to be about 11. With Kayden Myers moving to center and Nate Swofford to quarterback, the two will need to work closely on timing and anticipating each other on the line to avoid fouled snaps.

Expect a few trip-ups, but the Bears should hold their own as long as key players maintain their health through November. 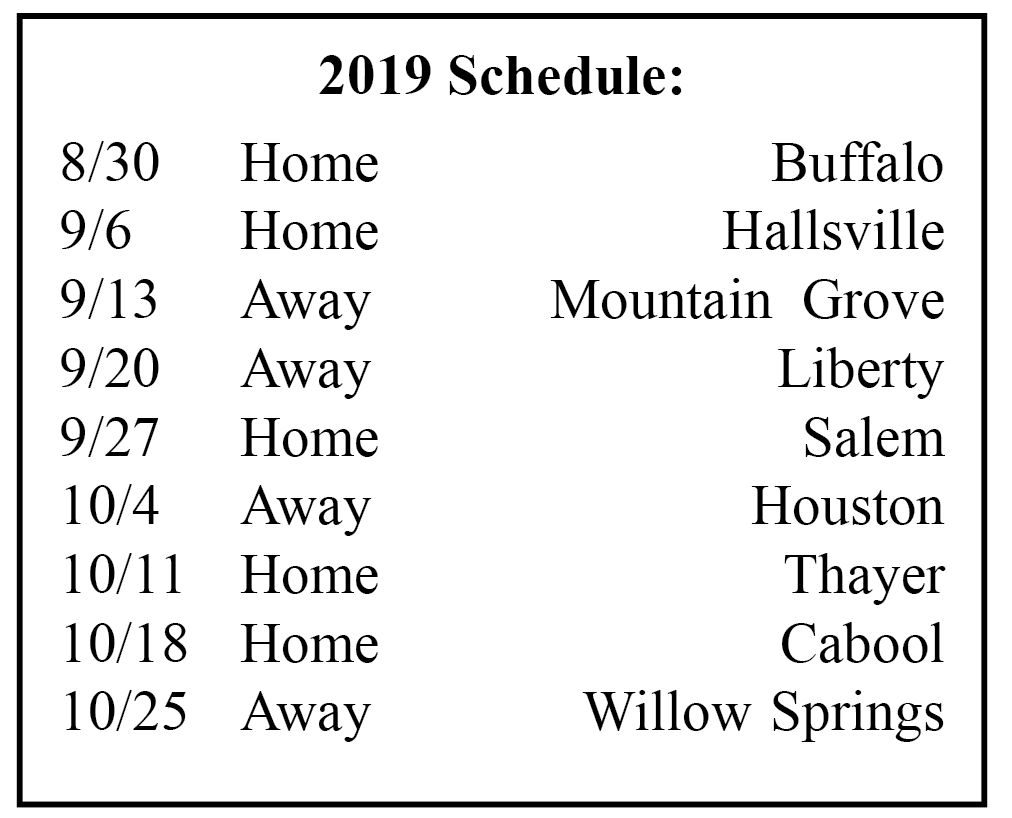 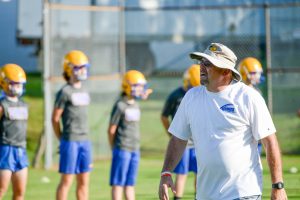 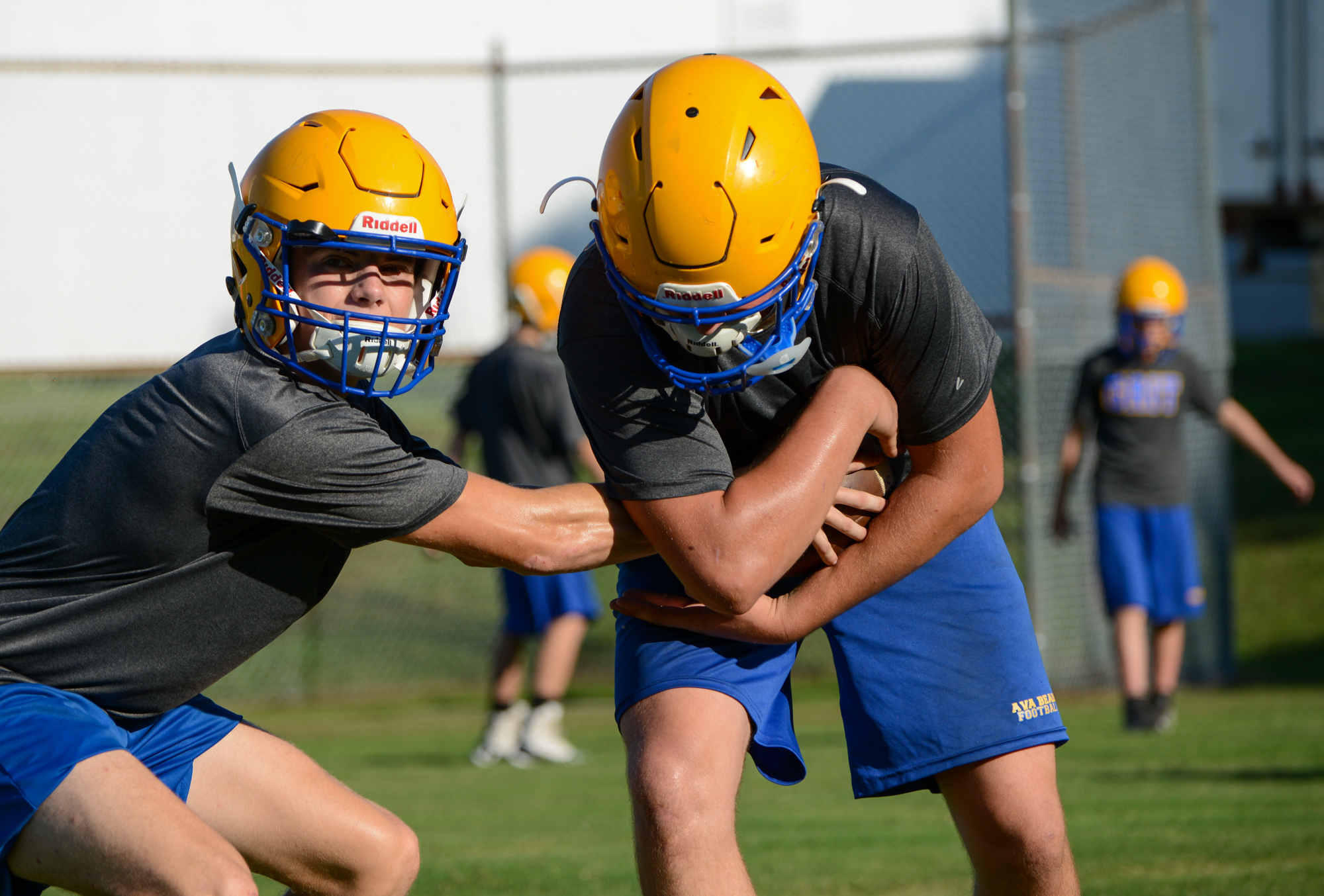 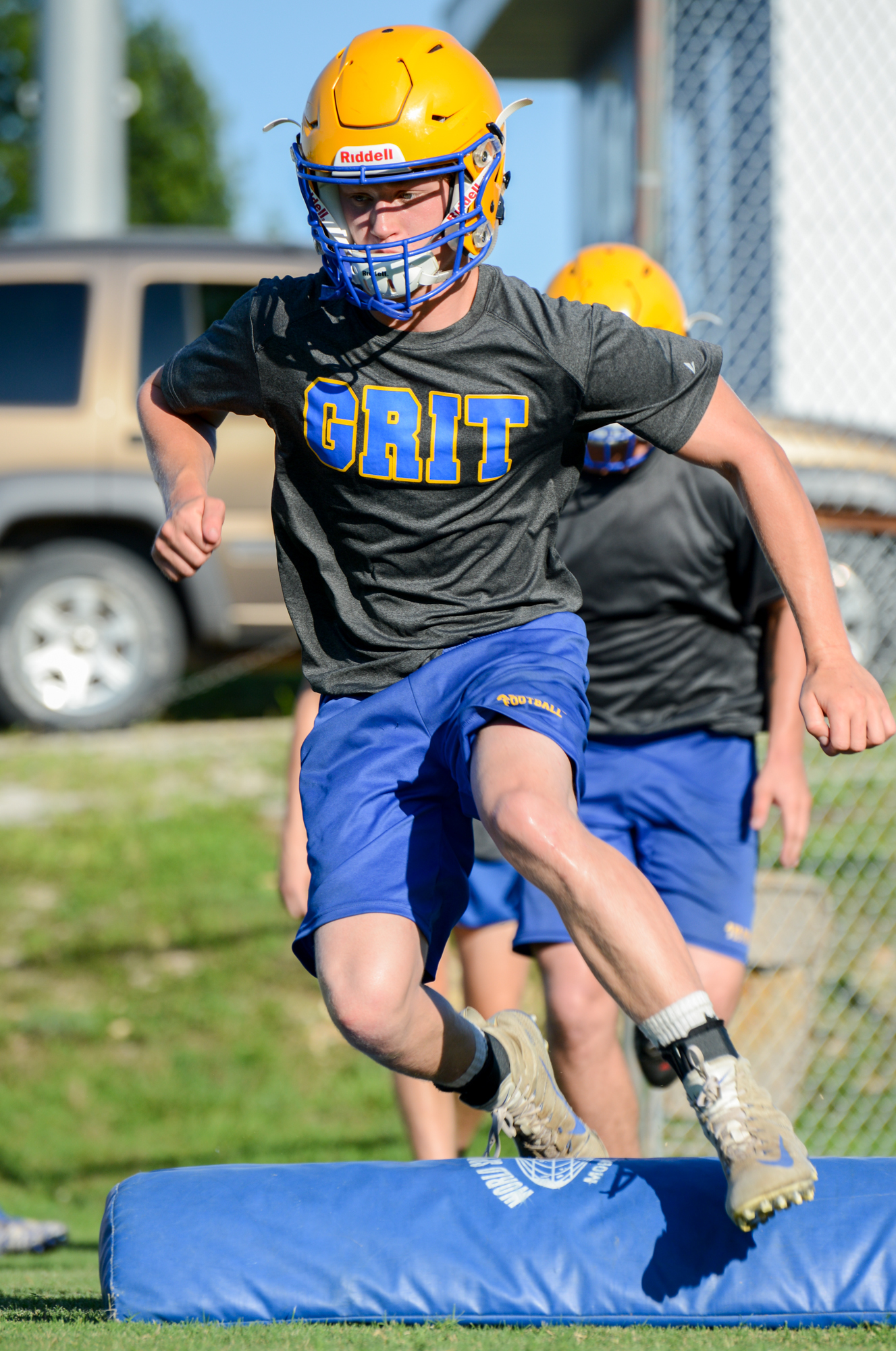