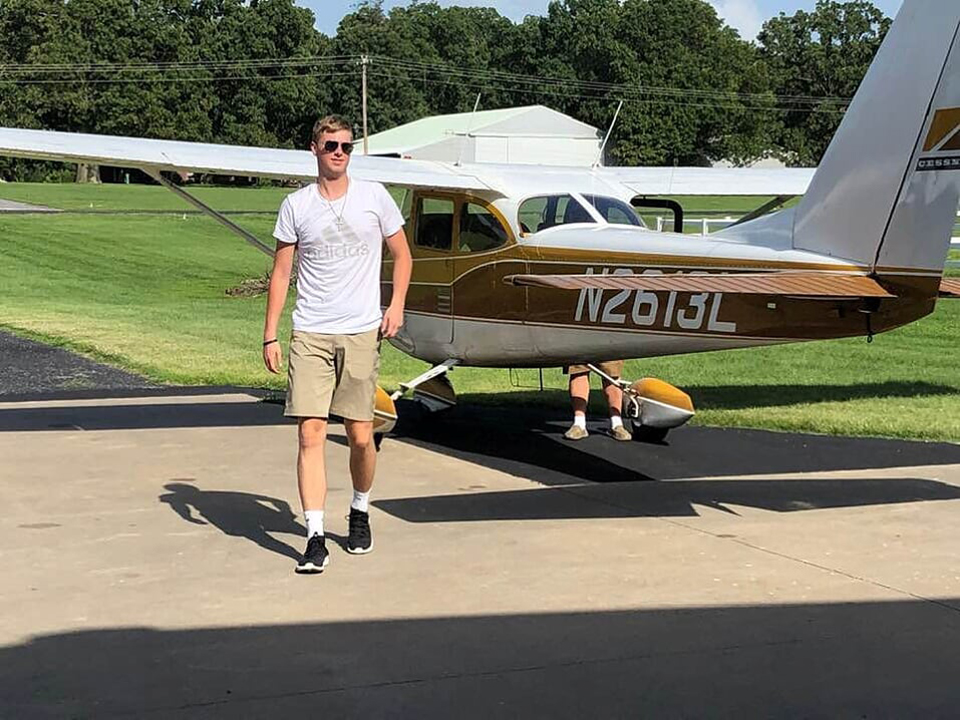 Trent McBride of Experimental Aircraft Association (EAA) Chapter 1218 in Willow Springs, Missouri, has passed his private pilot checkride, becoming the first recipient of the Ray Aviation Scholarship program to accomplish the goal. Trent, above, facilitated his flight training through the Ozark Aviators Flying Club, a club comprised by members of EAA Chapter 1218. Trent was awarded a $10,000 EAA Ray Aviation Scholarship in March and has been working toward his certificate under the instruction of Mike Ennis and James Ennis. Trent graduated high school this spring and plans to pursue a career in aviation while attending College of the Ozarks and playing basketball.  Trent completed his solo flight April 26, the FAA knowledge test June 14, and his practical test on June 27.