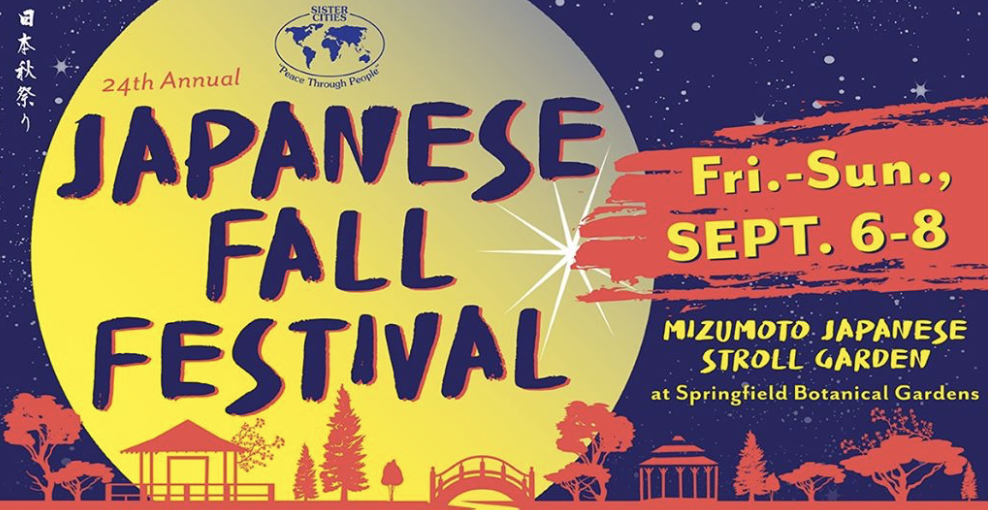 The Japanese Fall Festival is a celebration of authentic Japanese culture highlighting Springfield’s 33-year-old sister city relationship with Isesaki, Japan. Each year, a delegation of Isesaki citizens travels to Springfield to contribute to the festival through demonstrations and interactions with attendees.

In response, Springfield sends a local group to perform at Isesaki’s city festival each year. These groups make an appearance at the Japanese Fall Festival: Uke 66 recently performed in Isesaki and The Shandies perform in Isesaki in August of 2019.

Zoomadanke of Tokyo, Japan, headlines the festival with their lively kendama performances. The internationally-acclaimed duo blends their mastery of kendama, a traditional Japanese cup and ball toy, with dance and music to create a pioneering style of performance.

Beginning at dusk on Friday and Saturday, September 6 and 7, hundreds of torches light the garden pathways and soft Japanese music fills the air to create a romantic strolling atmosphere.

Support for the Japanese Fall Festival is provided by Friends of the Garden, City of Springfield, Springfield Public Schools, Chase, Ozarks Coca-Cola, and Renewal by Andersen.