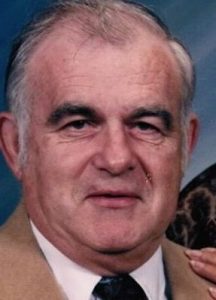 James E. (Ed) Kent was born in Blue Mountain, Mississippi on September 6, 1934 to Edwin & Elizabeth (Kenney) Kent and raised on their farm until they moved to Memphis, TN in the early 40’s. He gave up an appointment to West Point after his mother died in 1951 and continued to work to support his family. He was a generous, kind, and caring man all his life.

He worked for Amour Meat Company for several years and then moved to Morrell where he retired as sales manager after 20 years, attaining many awards.  Then he worked for Empire Food Brokers in Memphis for 21 years, also becoming a sales manager there. He was very successful for both companies.  Later, after moving to Ava, MO with his wife, Judy, he established his own meat brokerage business, Ozark Provision, in 2016, working from his home office–until July of this year. He was very knowledgeable of the meat industry and he loved what he did.   He had a keen business mind.  This venture was more of a hobby rather than a job and was his purpose in life after his beloved wife, Judy, passed away.  It gave him a reason to keep on going.

A very important part of his life was his church and his church family at the Ava General Baptist Church.

We know he has been ready to go to heaven ever since Judy died and we rejoice in knowing where he is and that he is no longer suffering.   Ed did not want to live or die in Texas as much as we tried to keep him there. But every time he visited was always eager to get back to his adopted home town, Ava.

He is preceded in death by his parents, wife Judy Kent, daughter Jana Kent Stressel and nephew Ben Carter, Jr.

Ed is survived by his brother and sister-in-law Wayne and Gail Kent of Byhalia, MS, sister and brother-in-law Janice and Ben Carter of Richmond, TX: son Van and daughter-in-law Donna Kent of West Palm Beach, FL niece Elizabeth Carter of Richmond, TX, He also is survived by son-in-law Jay Stressel (Connie).  He also leaves step-children Scott Davis (Kim), and Kathy Scott (Steve), and five grandchildren as well as two uncles and ten cousins. He also leaves a host of other friends and church family members.

To all of his friends, neighbors and family who have been so kind and caring to minister to him after Judy’s death with visits, encouragement and food —especially food! It was remarkable how you all continued to fulfill his needs over the last few years and all of you are very much appreciated. We are extremely thankful to his caregiver – Carolyn Calhoun and her family who have been so supportive with their patience, gentleness and compassion in caring for Ed this past year.

Ed will be forever cherished and missed by his family and friends (at least most of them.) At his request the family would appreciate in lieu of flowers make a donation in Ed’s memory to the MMRF, Multiple Myeloma Research Foundation at the funeral home or at https://the mmrf.org.

All arrangements were under the care and direction of Ava Family Funeral Home.