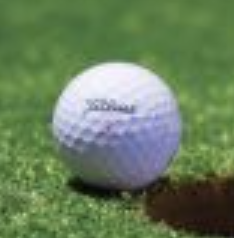 SPRINGFIELD — Harry Higgs captured his first Korn Ferry Tour title on Sunday at the Price Cutter Charity Championship presented by Dr Pepper. With the win, Higgs officially secured his PGA TOUR card and will be a rookie on TOUR during the 2019-20 season.

“It’s relief and satisfaction,” Higgs said of his emotions after the victory. “I’ve had a few chances throughout the year, and I’ve played well. It’s just nice to put four days together and come out on top.”

Higgs began his Sunday in the final pairing one stroke behind 54-hole leader Grant Hirschman. Higgs got off to a hot start that featured birdies on his first three holes. After a bogey on the par-3 fourth, he fell back to 19-under for the week.

Hirschman added a birdie on the par-4 seventh to match Higgs and 19-under. Both players recorded birdies on the par-5 eighth to reach 20-under and went to their final nine holes tied for the lead.

“It was very good to settle in,” Higgs said of his quick start. “I hit a really good pitch from the back of the green on No. 1. I hit a good wedge on No. 2, and it was kind of a deep breath after that. I tried to continue to do what I thought of last night and continue to stick with the game plan.”

Higgs and Hirschman continued their strong play as the pair posted matching birdies on the par-5 11th. On the next hole, Higgs carded his sixth birdie of the day to pull one ahead of Hirschman. On the par-4 14th, Hirschman recorded his second double bogey of the week and fell back to 19-under for the tournament. With four holes left to play, Higgs knew his first Korn Ferry Tour title was within reach.

“On No. 14, when Grant made the double, I figured I was at least two or three up,” Higgs said. “Fortunately, on those last few holes, I ended up getting some good numbers and played away from some flags.”

With pars on his final six holes, Higgs was able to capture the victory. With the win, he jumped to No. 4 in The 25 and officially locked up his first PGA TOUR card. In 2018, Higgs won the PGA TOUR Latinoamérica Order of Merit before joining the Korn Ferry Tour this season. The Southern Methodist University product noted how 2018 helped shape his season this year.

“I had to qualify to play PGA TOUR Latinoamérica last year, and that might have been the best thing for me,” he recalled. “I had to prove it and I had to qualify. I carried a lot of what I did to finish last year into this season. Fortunately, it was good enough to have some good finishes and good results this year. Obviously, I was very fortunate this week to get my first win.”

Prior to his professional career, Higgs grew up in Overland Park, Kansas, and played several junior golf events in the Springfield area. On Sunday at Highland Springs Country Club, the 27-year-old earned his first title in front of family and friends.

“It just means a lot,” Higgs said. “It means a lot that my mom and dad and family and friends were able to make it. I’ll take a win anywhere, but it’s nice to be home.”