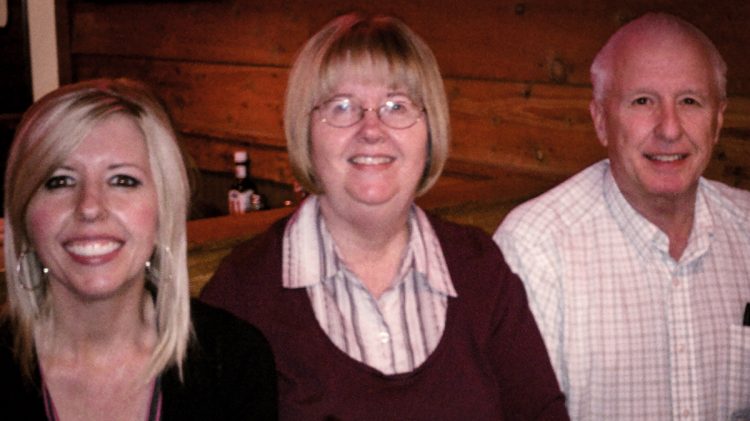 Bobby Lewis, assistant professor in the department of media, journalism and film at Missouri State University, shares the above picture of his sister, Mom and Dad.

In star-studded Hollywood, Bobby Lewis hustled and had success. After being there a few years, tragedy hit his family. His mom, dad and younger sister were killed in a car accident.

“In that moment, the stars were sort of removed from my eyes. The things that I valued in filmmaking and pop culture just went away,” Lewis said. “None of that seemed to hold up. I wanted to embrace the things that my Dad had lived his life by.”

Lewis, assistant professor in the department of media, journalism and film at Missouri State University, is now producing a documentary using photos and videos from his parents’ shared phone.

On the phone, his mother had documented her final trip to Hawaii to visit one of her daughters, just weeks before the accident.

“She took this phone to Hawaii on her trip, and she documented everything,” he said. “She did it for me. She did it for my sister, Jenny, and my sister Carolyn, who passed away, so that we could basically go on this trip with her.”

Through other relatives, he also found a treasure trove of archived footage and photos that will be used to tell his family’s story.

“It has all the ingredients to do something big,” he said. “There’s this terrible accident. My niece was in the car. She survived the accident. It has a lot of qualities, from a storytelling point of view, to do something that you could take advantage of. It’s taken a while to come to terms and feel like I could really do it justice.”

His sister coordinated a marathon in the family’s honor, held July 14, in Honolulu, Hawaii. Lewis visited for this race.

Using the phone as a roadmap, he retraced the steps of his family’s Hawaiian vacation. He also added more footage to the phone that will help to complete more of the story for the documentary.