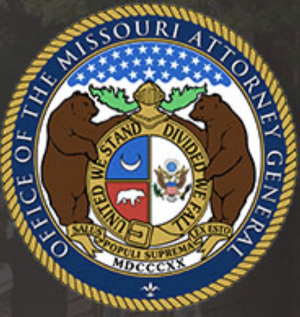 JEFFERSON CITY, Mo. — Attorney General Eric Schmitt has announced that a coalition of 50 Attorneys General, comprising 48 states, the District of Columbia, and the Commonwealth of Puerto Rico has reached a settlement with Equifax as the result of an investigation into a massive 2017 data breach. The investigation found that Equifax’s failure to maintain a reasonable security system enabled hackers to penetrate its systems, exposing the data of 56 percent of American adults and nearly half of the U.S. population—the largest-ever breach of consumer data.

The Attorneys General secured a settlement with Equifax that includes a Consumer Restitution Fund of up to $425 million, a $175 million payment to the states which includes over $2.3 million to Missouri, and injunctive relief, which also includes a significant financial commitment. This is the largest data breach enforcement action in history.

“Through tireless work and negotiation, as well as cooperation with other Attorneys General, I’m happy to announce that Missouri and a multitude of other states have reached a settlement with Equifax – signifying the largest data breach enforcement action in history,” said Attorney General Schmitt. “Because of Equifax’s failure to properly secure data, the personal information of Missourians was obtained by bad actors. This settlement is yet another example of our tireless work to hold those responsible for hurting Missourians – whether physically or financially – accountable for their actions.”

On September 7, 2017, Equifax, one of the largest consumer reporting agencies in the world, announced a data breach affecting more than 147 million consumers— nearly half of the U.S. population. Breached information included social security numbers, names, dates of birth, addresses, credit card numbers, and in some cases, driver’s license numbers.

Shortly after, a coalition that grew to 50 Attorneys General launched a multi-state investigation into the breach. The investigation found that the breach occurred because Equifax failed to implement an adequate security program to protect consumers’ highly sensitive personal information. Despite knowing about a critical vulnerability in its software, Equifax failed to fully patch its systems. Moreover, Equifax failed to replace software that monitored the breached network for suspicious activity. As a result, the attackers penetrated Equifax’s system and went unnoticed for 76 days.

Under the terms of the settlement, Equifax agreed to provide a single Consumer Restitution Fund of up to $425 million—with $300 million dedicated to consumer redress. If the $300 million is exhausted, the Fund can increase by up to an additional $125 million. The company will also offer affected consumers extended credit-monitoring services for a total of 10 years.

Equifax has also agreed to take several steps to assist consumers who are either facing identity theft issues or who have already had their identities stolen including, but not limited to, terms:

making it easier for consumers to freeze and thaw their credit;

making it easier for consumers to dispute inaccurate information in credit reports; and

requiring Equifax to maintain sufficient staff dedicated to assisting consumers who may be victims of identity theft.

Equifax has also agreed to strengthen its security practices going forward, including:

minimizing its collection of sensitive data and the use of consumers’ Social Security numbers;

reorganizing and segmenting its network; and

reorganizing its patch management team and employing new policies regarding the identification and deployment of critical security updates and patches.

Consumers who are eligible for redress will be required to submit claims by mail or by phone. Consumers will be able to obtain information about the settlement, check their eligibility to file a claim, and file a claim by phone.

To receive email updates regarding the launch of the Equifax Settlement Breach online registry, consumers can sign up at ftc.gov/Equifax. You can view a list of frequently asked questions by following this link: http://ago.mo.gov/docs/default-source/press-releases/2019/equifaxsettlementfaq.pdf?sfvrsn=2. Consumers can also call 1-833-759-2982 for more information.