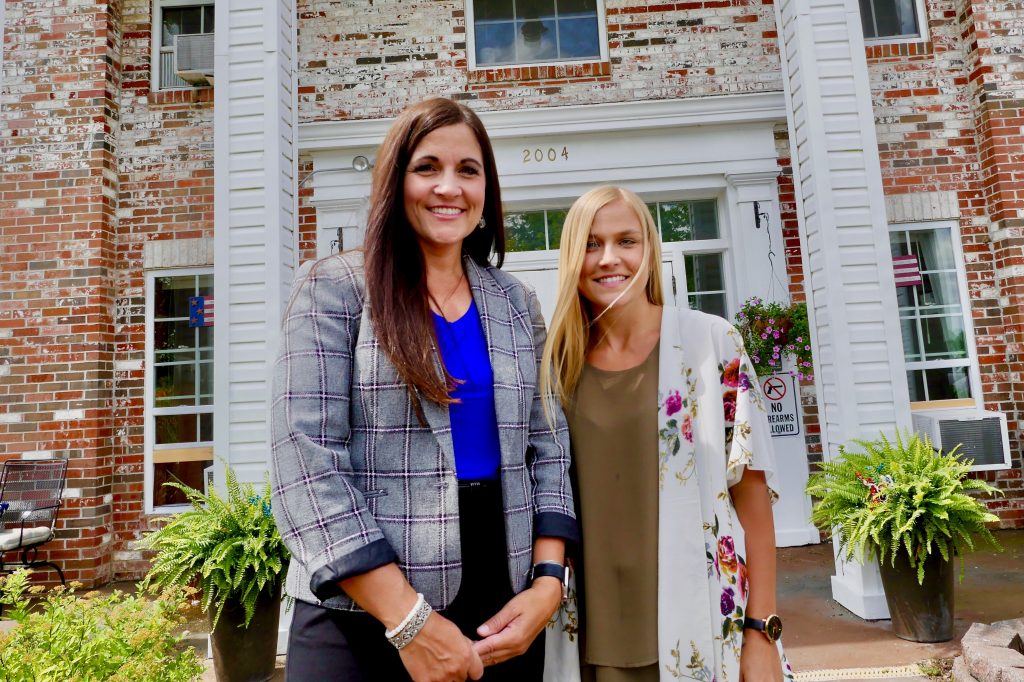 Tonya Cutbirth (left) began her career as a Certified Nurses Assistant at Heart of the Ozarks Healthcare Center (HOTO) when she was 17 and still in high school. Six years later she was the Administrator for the facility, and held that position for 20 years. Cutbirth is now taking a position as the Regional Director of Operations, overseeing nine similar facilities. Taking her place as HOTO’s Administrator is her daughter, Brandee Mullinax, who also started at HOTO at age 17. Her career started in the kitchen, then she became a CNA, then an RN, then Assistant Director of Nursing.