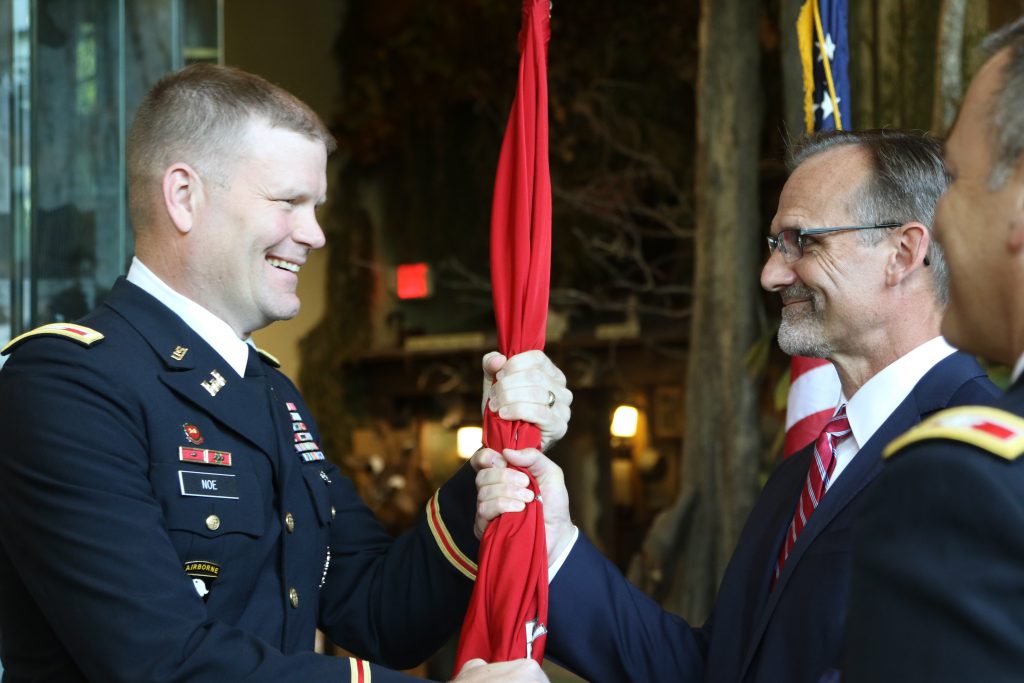 He assumed command from Col. Robert G. Dixon, who is retiring after 26 years of service in the U.S. Army.

Little Rock District is responsible for a $500 million program annually.  This includes civil works, military construction, Army and Air Force Medical Service support, environmental stewardship, emergency management and support to other government agencies throughout Arkansas, southern Missouri, across the nation and around the world.

The district has a staff of about 715 employees.  It is responsible for maintaining the Arkansas River and other waterways, including 13 locks and dams, 12 multi-purpose lakes, seven hydroelectric power plants, and more than a half million acres of public lands and water.

Noe came to Little Rock District from the National Military Command Center in Washington, D.C., where he served on the Joint Staff as a deputy director of operations and presidential strike advisor.

Noe received his commission from the United States Military Academy at West Point, New York in 1996 with a Bachelor’s degree in Environmental Engineering. He also holds Master’s degrees from Missouri University of Science and Technology, Rolla, Missouri in Engineering Management and from the Dwight D. Eisenhower School for National Security and Resource Strategy, Washington D.C. in National Resource Strategy. He is also a certified Project Management Professional.

Noe has deployed to Macedonia, Kosovo, and Iraq in support of operational and combat missions.

He is an Eagle Scout and a Brotherhood Member of the Order of the Arrow.

More information about the Corps’ Little Rock District can be found on the Internet at www.swl.usace.army.mil, Facebook at www.facebook.com/littlerockusace, and Twitter at https://twitter.com/usacelittlerock.