Ava Native Pat Williams (center, from 1969) lived in California and worked on Apollo Missions 10-13 before returning to Missouri, attending college, and entering a career in Information Technology.

We used to look up.

So we looked up at the moon.

We looked up to see our first space probes get close enough to photograph it.

We looked up to watch the Russians land an unmanned spacecraft on the moon before we could.

We looked up to see Apollo 7 get men into space.

We looked up to see Apollo 8’s men circling the moon.

We had answered Kennedy’s call to “be bold.”

We put men on the moon.

And brought them back again.

And an Ava native was there, working on the Apollo missions.

Giving us a reason to look up.

“My brother, sister, and I lived in Douglas County with our grandmother, Gertie Potter, off and on from 1955 to 1963,” says Pat Williams. “We lived in a little house across from Plainview School on Highway 76. In 1959, we moved into the house that is still standing next to Plainview School.”

Williams started looking up from an early age. “As a small kid I had an interest in airplanes. I wrote to many manufacturers requesting pictures of their airplanes,” he says. “I heard from all of them and received pictures, too.”

Pat’s fascination with airplanes took him away from Ava. “In 1963, I dropped out of school to join the Air Force. I still regret that, because I stopped my education,” he says. “I served two tours in Vietnam.”

He continued to learn while serving. “While in the military, I was able to get my GED,” Pat says. “And train as a jet engine mechanic.” 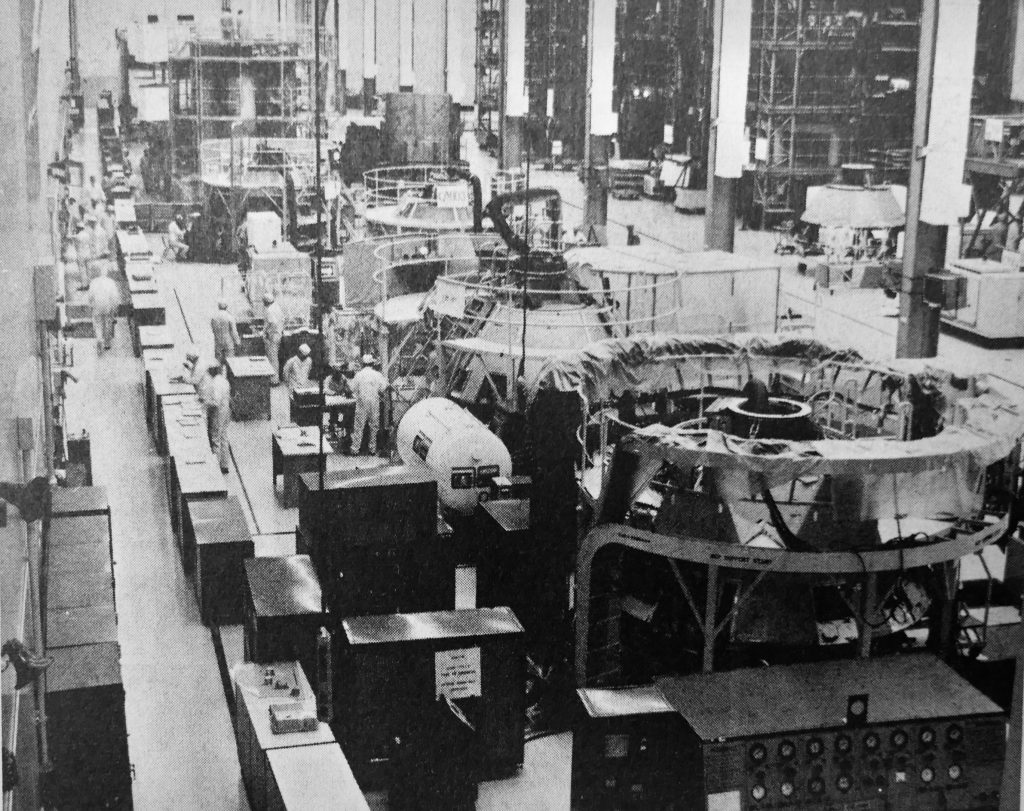 Williams’ time in the military eventually came to an end, but he still wanted to be around those machines that made him look up.

The next phase of life would have him looking higher yet.

“After discharge from the Air Force, I applied for the job of security guard at Northern Rockwell in Downey, California,” Pat says.  “They offered me a position as spacecraft technician on the Apollo 10 mission. I think it was because of the high secret security clearance I’d earned in the military.”

Williams worked on the command module. “I tested equipment and recorded results,” he says. “After each launch, my ground team simulated all of the astronaut’s activities in space.”

Williams said the most stressful time at work was when the astronauts were in space. “We were monitoring their every move because we were always concerned about their safety,” he says.

And the most rewarding time?

That thrill was enough to keep him on the job for several missions. “I worked on Apollo 10, 11, 12, and 13 while at Northern Rockwell,” says Williams.

His space career eventually came to an end. “After Apollo 13, I volunteered for layoff from Northern Rockwell,” Pat says. “I did this because I was still single and I saw so many men with families to support.”

And where does one go after helping to put men on the moon?

“I worked in sales and construction in California,” says Pat. “I worked as a laborer and a railroad foreman. Then, at the age of 41 I could no longer do the manual labor, so I started college. I received a Bachelors and Masters degree in Computer Science.”

And started helping other people look up. “I got a technical support position with Ava Schools,” Pat says. “Then teaching positions in the Springfield Public Schools and at Missouri State University. Ultimately, I took a position with Missouri University Extension as a Regional Information Technology Specialist for 23 offices in southwest Missouri.”

“My wife and I have a home in Springfield and a home in Douglas County – only two miles from that small house next to Plainview School. I’m retired and enjoy listening to jazz, cooking for friends and family, gardening, and traveling around the world.”

We used to look up, we Americans.

Look up and dream.

At our phones. Our tablets. Our smart watches.

Results of a recent Harris poll are not unexpected.  “American kids would much rather be YouTubers than astronauts.”

You can’t blame the kids. It’s been eight years since the USA has put anyone in space.

Maybe in a small bedroom in Ava. Or tucked away in a barn on a gravel road in Douglas County.

Looking at photos of airplanes.

Willing to be bold.

Willing to look up.