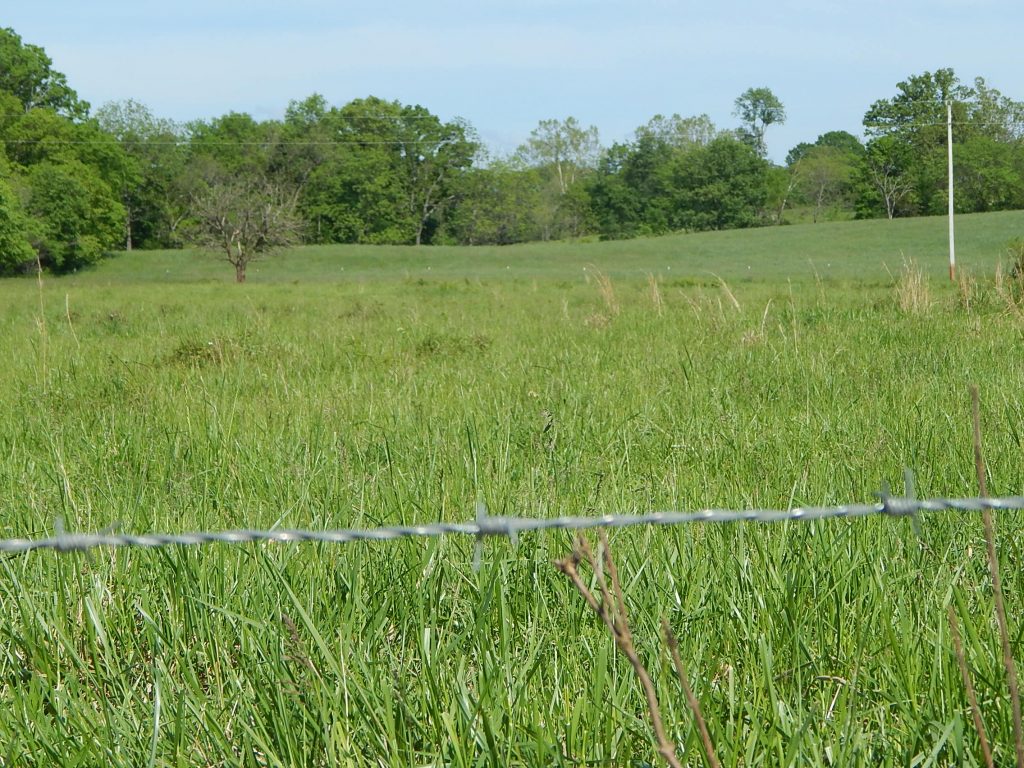 MT. VERNON, Mo. – Eldon Cole, livestock specialist with University of Missouri Extension, was in a fescue field June 7 near Mt. Vernon and he found a few sclerotia (ergot) of the parasite fungus growing in place of the seed on fescue plants.

“The hard, black sclerotia is right on schedule with past yearly observations I’ve made. They not only are found on fescue plants but on ryegrass, brome, blue grass and small grains,” said Cole.

According to Cole, ergot is often confused with the endophyte fungus in fescue. Both are associated with fescue and both produce ergot alkaloids which cause vasoconstriction or reduced blood flow throughout the animal’s body.

“The difference is, ergot is highly visible in the seedhead while the endophyte fungus is only visible after staining and looking for it under a microscope. It is called an endophyte because it grows inside the plant. Novel fescue varieties can be infected with the visible ergot in the seedhead,” said Cole.

In severe instances the extremities of the animal are affected resulting in loss of tail switches, sloughing of the rear hooves and parts of the lower leg.

Both fungus problems have been around for years.

“We often associate it with seedhead stripping in late May and early June. For some reason some cattle consider fescue seedheads a delicacy at that time of year. That coincides when ergot alkaloid levels peak in the first half of the year,” said Cole.

Levels of the endophyte-produced alkaloids may peak again in the fall.

“I have been fascinated with the toxicity issues of fescue since I was first acquainted with them around 1970. A lot of research progress has been made in the lab and in pasture trials,” said Cole. “Sometime ago, I started making note of research and producer thoughts of practices that had been shown to reduce or even eliminate fescue toxicity symptoms. The list is long, in fact 123 items, and it grows a little every now and then. I’m sure I have not included everything. Several suggestions even contradict each other.”

According to Cole, since day-one, a fescue toxicity researcher at the University of Missouri, Dr. George Garner, said, “dilution is the solution to the pollution.” There are numerous ways a produce can dilute their cattle’s toxic fescue intake. Novel or non-toxin producing fescue varieties, when used strategically at 25 to 30 percent of the forage helps. Genetic selection of cattle that appear to handle the toxin insult must also be considered.

“Economic questions arise regarding the wisdom of renovating hot, Kentucky 31 but if a farm or ranch with younger family members coming aboard, it bears looking into,” said Cole.