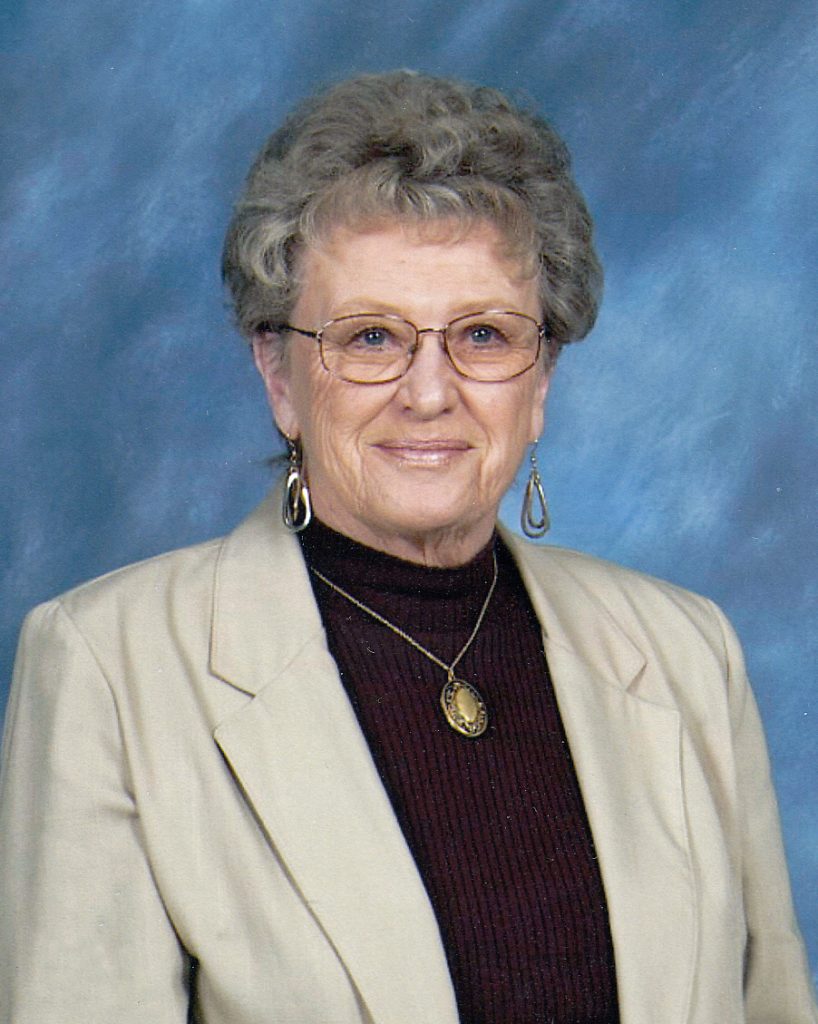 Carol was born October 26, 1933 in Fargo, North Dakota, the daughter of Gerhard and Louise (Weller) Lillefloren.

Carol and Wilfred John Boeddeker were united in marriage on May 31, 1952 in Los Angeles, CA and to this union four sons were born. In their early married life Willie and Carol lived with the boys in California. There, Carol worked for the California Penal System as a secretary from 1970 till 1975 when they moved to the Dogwood area where they bought a dairy farm. Days were filled with hard work, Carol and Willie and the boys worked side by side.

In December of 1990 Willie passed away and Carol later married Duward Genet who also preceded her in 2002.

She was a member of St. Leo’s Catholic Church where she worked many hours at many different positions in the church, there she made life long friends including special friends Jim and Rene Brown.

Carol was family devoted, hard working, devoted to her church, enjoyed writing her article “Dogwood Rambling” for the Douglas Co. Herald, passionate about her genealogy study, and was always committed to what ever job she took on.

Carol is survived by, her four sons, Ronald and wife Arlene of  Dogwood, Rory and wife Debbie S. of Ava, Ryan and wife Debbie of San Antonio, TX, and Randal of  Dogwood. She is also survived by her grandchildren, Regina, Rex, Rachelle, Reanna, Nicholas, Lindsay, Nakomi, Shamika, Camille, Randy, and Miranda, as well as 15 Great grandchildren, and a host of other relatives and friends.

Memorial services for Carol will be Friday July 5, 2019 at 2:00 P.M. at St. Leo’s Catholic Church in Ava, Mo with burial in the Ava Cemetery next to her husband Willie.

Memorials may be made to St. Leo’s Catholic Church.

Cremation services are being conducted by Clinkingbeard Funeral Home, Ava, MO.  On line condolences may be made to www.clinkingbeardfuneralhome.com.