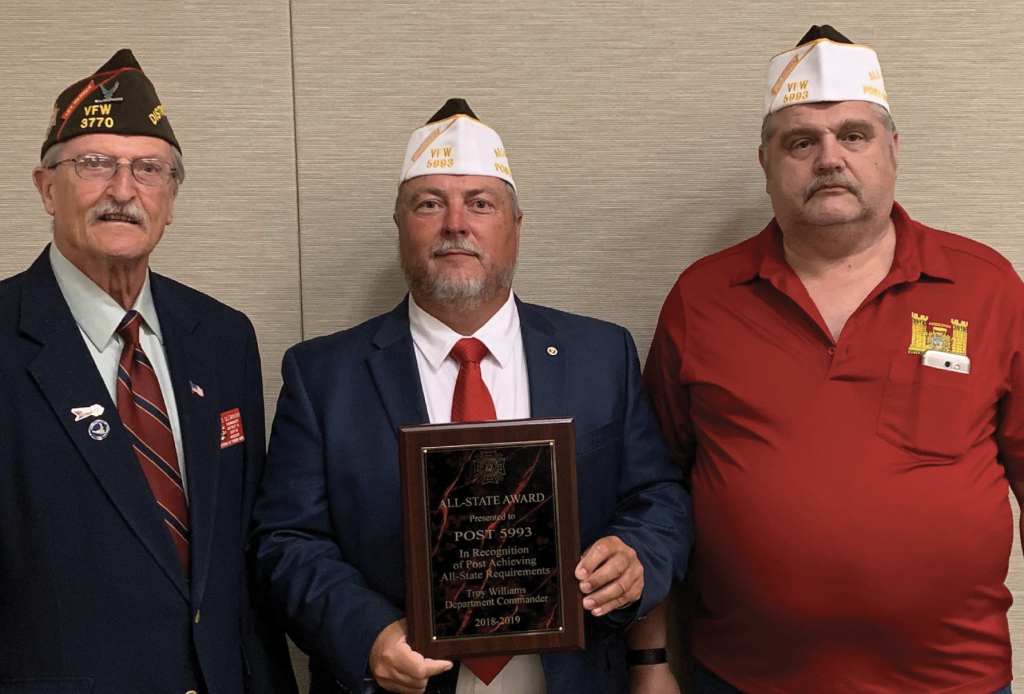 District 18 Commander Russ Olewinski, left, is show above with outgoing Ava VFW Post 5993 Commander Scott Huffman, center, and outgoing Quartermaster Al McGee. Commander Huffman is holding the All State Requirements plaque recently awarded to Ava VFW Post 5993; Huffman and McGee are also wearing caps awarded to the Ava Post.  The award was presented by Missouri VFW State Commander Troy Williams during the June convention which was held in Springfield.  The 2018-19 All State award marks the fourth year in a row the Ava VFW has achieved this honor.  According to Commander Huffman, the Ava Post is the only one in the District to receive this award four years in a row.  Commander Huffman said he is appreciative of the Ava VFW Post, the Auxiliary, and community for their support –– and veterans helping veterans.