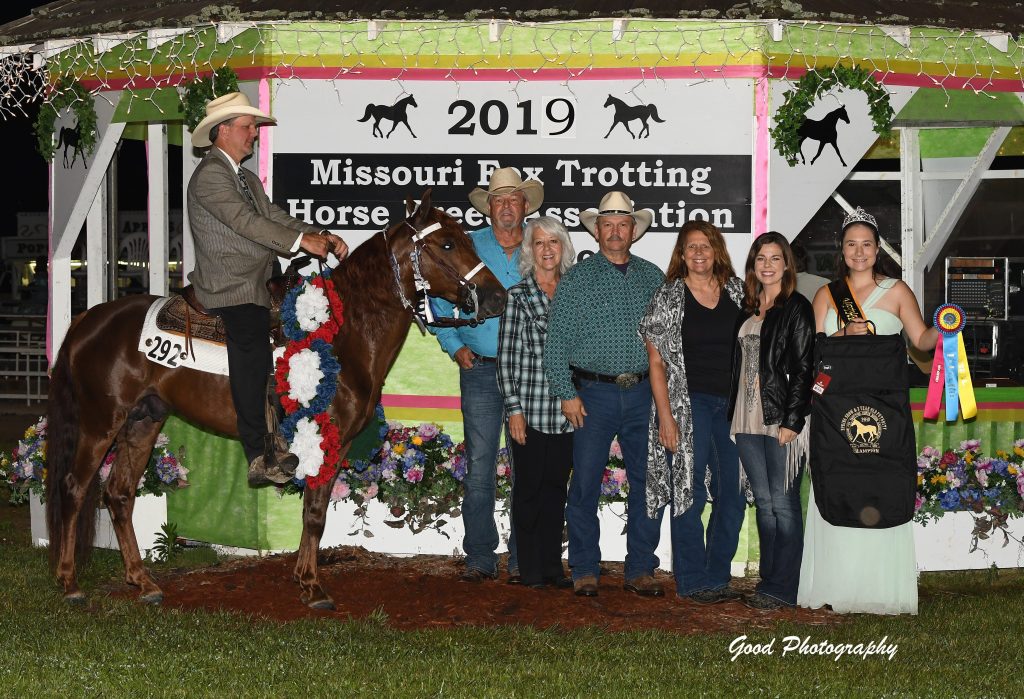 More than 200 horses participated in more than 72 classes, including model, performance, and versatility competitions.

Enthusiasts from across the globe unable to attend the four day event could follow the classes thanks to live feeds originating from The Missouri Fox Trotting Horse Breed Association’s national headquarters and show grounds, the country’s only breed-dedicated exhibition location.

In addition, Fox Trotters from across the United States and Europe competed in the Three Year Old Futurity classes, which offered owners the opportunity to introduce their young, up and coming horses for the first time in competition.  Mark Mackie, MFTHBA President said the young horses demonstrated the willing disposition of the breed as they stepped into the ring at a national competition.

Complete results can be reviewed at this link: https://mfthba.com/springshow/futurity-results/2019-show-results/

2. Top Five Stallions, led by Grand Central, owned by Joe and Jennifer Stewart of Farmington, AR. These stallions had offspring earning the most points at MFTHBA sponsored shows in 2018.

3. The 2018 Trail Horse of the Year, a registered Missouri Fox Trotting Horse that gained the most verified mileage under saddle through the Top Trail program and also logged hours under the MFTHBA’s Fox Trot America Program, which is Kate’s 007 owned by Cindy Fonken of Romance, AR.

Two deserving people were also recognized for their contributions furthering the breed in two categories, the first nominated by and voted on by Association members. Winner of the 2018 Matt Keeter Sportsmanship Award Winner is Hope Kohout of Rogersville, MO. The 2018 Trainer of Year, recognizing the achievements of professional trainers within the breed based on points earned by the horses they train for last year’s MFTHBA is David Ogle of Ash Grove, MO.

As summer comes to an end, once more, all breed aficionados will be in Ava, MO, as the MFTHBA hosts the World Show and Celebration, where the finest in the breed compete for the World Grand Champion title beginning Sunday, Sept. 1 through Saturday, Sept. 7, 2019.

Fox Trotters originated in Missouri as ranch horses bred for smooth riding gaits as well as stamina for mountain riding and heavy ranch and farm work. They are known for versatile athleticism, the naturally smooth flat walk and fox trot gaits, and an endearing, trainable personality. Since 1948, the MFTHBA has worked to promote the Fox Trotter gaited horse and support a registry for horses that meet the breed standards of gait and conformation. Today there are more than 100,000 registered Fox Trotters worldwide. Visit www.mfthba.com. 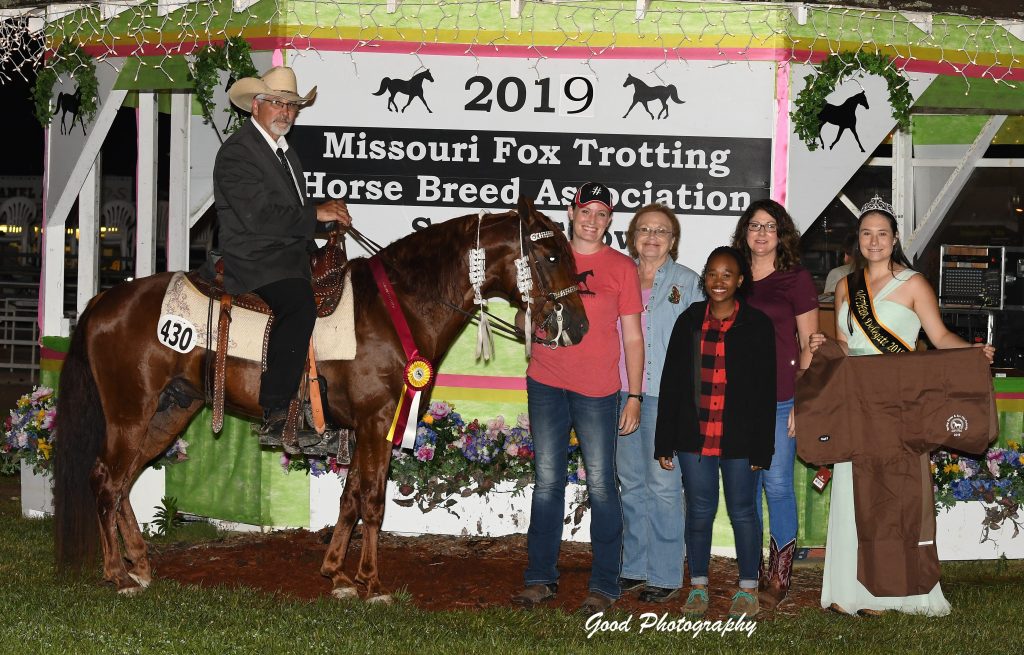