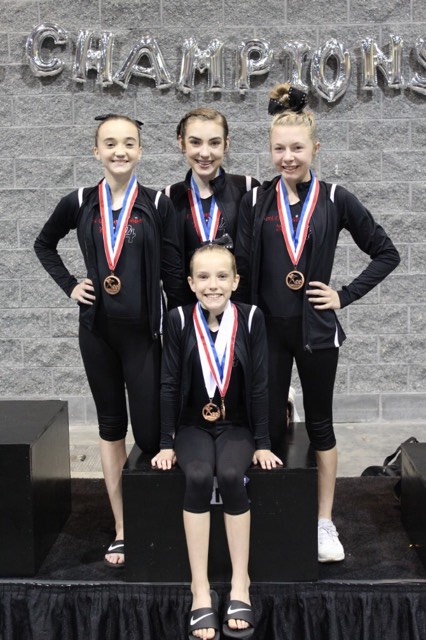 AVA, Mo. –– Four local gymnasts qualified for the XCEL Championships Invitational whch was held at the Branson Convention Center on Saturday, June 8. The event featured entrants from all over the United States and marks the first time youths from our local area have qualified at the national level.  The team members proudly represented CherNastics, a local training facility in Ava.

Months of training paid off for  all four team members.