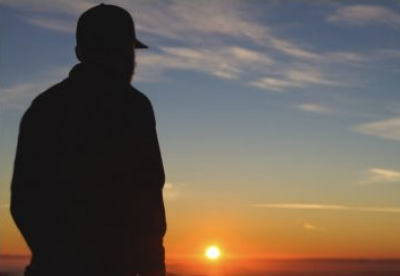 In a story I read of an immigrant recalling his first impression of America, he said, “The coastline was rugged; like the American men themselves.”

Oh, how things have changed.

Traditional masculinity is on a sharp decline.  100 years ago, Theodore Roosevelt made the observation that “Men are becoming too office bound, too complacent, too comfortable with physical ease and moral laxity and are failing in their duties to exhibit masculine vigor.”  Imagine if Roosevelt could see what so many men have become today.

As I sit in a café writing this, The Today Show is on the television airing the morning “news”.   They are declaring that “traditional masculinity is toxic masculinity.”  I suddenly am even more inspired to keep writing, so that I can share with you all about the seven greatest men I’ve ever known.

My grandfather was a prison guard and the toughest man I ever met.  He was a big man with a big presence.  He would sit in his leather chair with his right hand resting on the chair’s arm and any time it got too loud in the room we would hear that big hand tap on the leather.   Anyone in the room knew, without him saying a word, we had better pipe down quickly.

However, he was also the most romantic man I’ve ever known.  Every day I watched him hold my grandmother’s hand, open her doors, blow her kisses, and flirt with her.  Not a day passed without him singing her “their song,” Let Me Call You Sweetheart.

He taught me that it is important for a man to be both tough and tender.  That being too much of either would throw off the balance and make him not much of a man at all.

I never knew my father not to work.  Everything from my earliest memories of him to the last conversation I had with him revolved around work.  More specifically, he taught me to work in all kinds of weather and not to mind. For him, it was never too hot, too windy, too rainy, and certainly not too cold to work.  He never complained about the weather since the time it took trying to change the weather could be better spent getting back to work!

My father never taught me how to shave or put on a tie, but he did teach me that a man needs to roll up his sleeves and get to work.

Jim invited me to his homestead to pick some wild asparagus.  Before we got started, we walked around and he showed me his shop, his cabin, his wood supply, and his gardens.  As we walked, we talked about God, family, and homesteading.  After a bit of quiet as I pondered the things he had said, I told him, “Jim, I do believe that this is what God means by prospering.”  Jim agreed, saying that many men would consider themselves poor if they had the things he had.

Jim taught me that a man views prosperity in having a home, warmth, and food for his family all provided by God.

For three weeks, Larry lived with my wife and me.  We both recount this time as one of the greatest parts of our lives together thus far.  Nearly every night, we sat on the front porch overlooking a stream that ran through the woods.  Each night he sighed deeply and spoke of how peaceful it was to sit there.  We rarely had actual conversations on the porch.  Instead, we drank sweet tea with bluegrass music playing in the background and listened to him tell his stories.  Some were true, some were tall tales, and some were the type where you couldn’t tell the difference….those were the best!  He smiled at his memories and was poker faced during these tales so that you could be certain he was telling the “truth”.  A lot of stories were told in three weeks on that porch.

From Larry, I learned that a man ought to be a good storyteller.

Among his many talents, this Irish man taught me the funniest joke I know, although my wife assures me that it is not fit for print.  One day he told me of a cabin he was building for his family and invited me to come see it.  We travelled many miles into the woods and when we finally arrived I was astonished at what I saw.  This man was literally carving his house out of the woods using only an axe and a saw.  And if that wasn’t impressive enough, it was a huge, two-story log cabin!  While his physical skills were obviously impressive, what struck me more was the time, determination, and sacrifice that went into building his home.  He also poured a lot of love into the project and involved his family in the building however he could.

Brian taught me that while it isn’t necessary for a man to build his house, it is very important that he build a home for his family.

I was one of many people who had the privilege of getting to know John Wynn, a local bluegrass musician, and his wonderful family before he passed away.  When he died, both the radio and the newspaper dedicated time to telling his stories and reliving his memories.  The most memorable part of his funeral was when the main service was over and everyone had an opportunity to share a story about him.  There were stories of his love, his kindness, his sense of humor, and his talent.  Some of my favorite stories were the ones from people who visited him in the woodstove heated shop where he built banjos and mandolins.  His wife, Betty, gave me a couple of his hats and for nearly two years I could still smell the wood smoke in them and those stories would all come back to me.

John taught me that every man leaves a legacy, and that you don’t get to choose what yours will be.  However, if you treat people well, your legacy is sure to be a good one.

Jon and I met one night over a mutual appreciation of our beards.  Since then, he has become my closest friend, other than my wife.  He has become a father figure, a mentor, a Christian brother, and the greatest man I have ever known.  Though he is far too humble to appreciate being on this list, he embodies every quality I have already mentioned.  He is proof that a man can be tough, tender, hard-working, truly prosperous, a great story teller, provide a loving home, and be the type of man worthy of a great legacy.  There is an old lumberjack quote that applies to this man; he is a “monarch to whom all men lift their hats.”

All of these great, Godly men have inspired and encouraged me to be better.  They are men in the most traditional sense.  And no matter what the world may try to say, they certainly are not “toxic”.  The world desperately needs more traditional men.

In the midst of the reporting of how “toxic” masculinity is, I was reminded of a recent newspaper article featuring a protest sign carried at a women’s rally.  It read “we have become the men we wanted to marry.”  Those words seemed so tragically profound to me and should resonate with all men.  When did it become acceptable for men to be lazy, soft, weaker, or more feminized?  The world needs men to stop giving away their God-given masculinity and step up to be the men He created them to be.  I earnestly pray that all men will strive to become the type of man worthy of being on someone’s list of “seven great men.”  As for me, if I can somehow embody even a few of these great men, I will consider it a life well-lived.