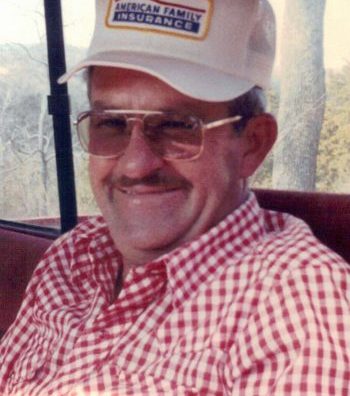 Rex Robertson, 77 years, 9 months, 5 days old, of Thornfield, Missouri, passed away on June 4, 2019 at his home with his loving family by his side.

Rex was a Christian and was saved and baptized by Brother Dale Roberts.

On May 28, 1961, Rex and Judy Turner  were united in marriage  at Thornfield, MO and were blessed with four children.

Rex was a mail carrier, school bus driver and worked at Spaldings for many years. He was also a member of the Thornfield School Board for several years and was also one of the group of men who helped start and organize the Thornfield Volunteer Fire Department.  Rex was the Western Ozark County Commissioner for 20 years. He also farmed dairy and beef cattle.

Rex was preceded in death by his parents, one sister, Betty Joan Marrs, one son-in-law, Vincent Oxner, one brother-in-law, Pat Lyons, and one great-grandson, Bryce Evans.

Funeral services for Rex were Saturday, June 8, 2019 at 10:00 a.m.  in the Clinkingbeard Chapel, Ava, MO with burial following in the Thornfield Cemetery, Thornfield, MO. Visitation was Friday, June 7, 2019 from 6-7:00 p.m. at the funeral home.  Officiating was Brother Dale Roberts.  In lieu of flowers, memorials can be made to the Thornfield Cemetery or St. Jude Children’s Research Hospital.  Online condolences may be made to www.clinkingbeardfuneralhome.com.