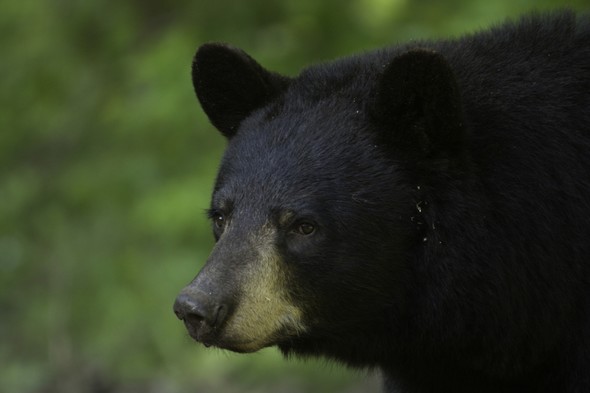 The most important rule of being Bear Aware is to never feed a bear. Remember a fed bear is a dead bear.

Start by reporting all bear sightings to MDC.

CAPE GIRARDEAU  ––  Missouri Department of Conservation (MDC) wildlife biologists remind hikers and campers to be Bear Aware while enjoying the summer months. The American black bear is one of the largest and heaviest wild mammals in Missouri. Though their population is slowly and steadily increasing in southern Missouri, many Missourians still aren’t accustomed to their presence. MDC’s Natural History Biologist Kevin Brunke said being Bear Aware is important as the bear population increases.

“First, stay alert and always avoid a confrontation with a bear,” Brunke said. “Make plenty of noise while hiking, such as singing, clapping or talking loudly. Bears will usually hear you and move away from the noise you make.”

It’s best to travel in groups when enjoying Missouri’s remote spaces, and it helps to watch for bear sign such as tracks or claw marks on trees. Dogs should be leashed, to keep them from chasing bears, Brunke said.

“It’s important to always leave bears alone, don’t approach them and be sure they have an escape route,” he said.

If you encounter a bear up close, Brunke advises backing away slowly with raised arms and speaking in a calm, loud voice. Don’t turn your back on the bear and do not run, he said.

The most important rule of being Bear Aware is to never feed a bear, Brunke said. Remember a fed bear is a dead bear.

“Feeding bears makes them lose their natural fear of humans, and teaches them to see humans as food providers,” he said. “It teaches them to seek out homes, campsites, and neighborhoods to look for food, instead of staying in the forest.”

A bear that’s accustomed to getting food from humans may become aggressive and dangerous. When this happens, the bear must be euthanized.

“Feeding bears does nothing to help them and most often leads to their demise,” Brunke said. “Remember a fed bear is a dead bear! If you want to help them, make sure they stay wild and healthy, by not leaving food items where they can get them.”

Pet food, garbage, recyclables and compost can all contribute to accidental feeding of bears. To avoid this, Brunke recommends not leaving pet food sitting outside. Instead, feed pets a portion they’ll eat at each meal and remove the empty containers. Store garbage, recyclables, and compost inside a secure building or in a bear-proof container until the day of trash pick-up. Also, keep grills and smokers clean and store them inside.

In bear country, it’s also wise to avoid use of bird feeders from April through November, he said.

“If you must, hang bird feeders at least 10 feet high and four feet away from any structure,” Brunke said.

Brunke also advised use of electric fencing to keep bears away from beehives, chicken coops, vegetable gardens, orchards, and other potential food sources.

Learn about black bears at nature.mdc.mo.gov/discover-nature/field-guide/american-black-bear.