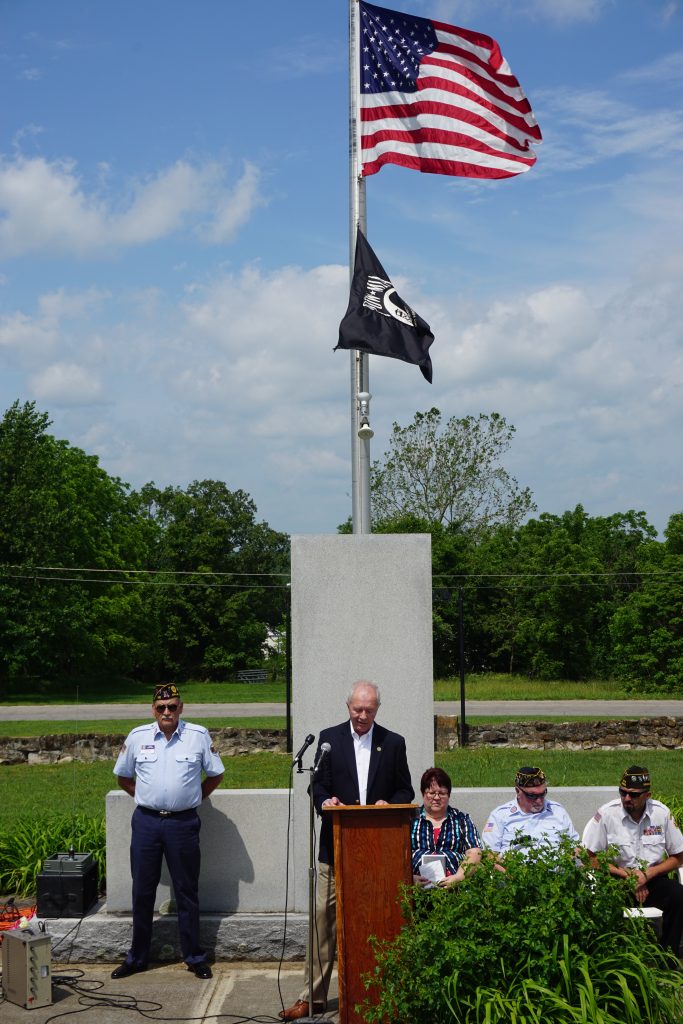 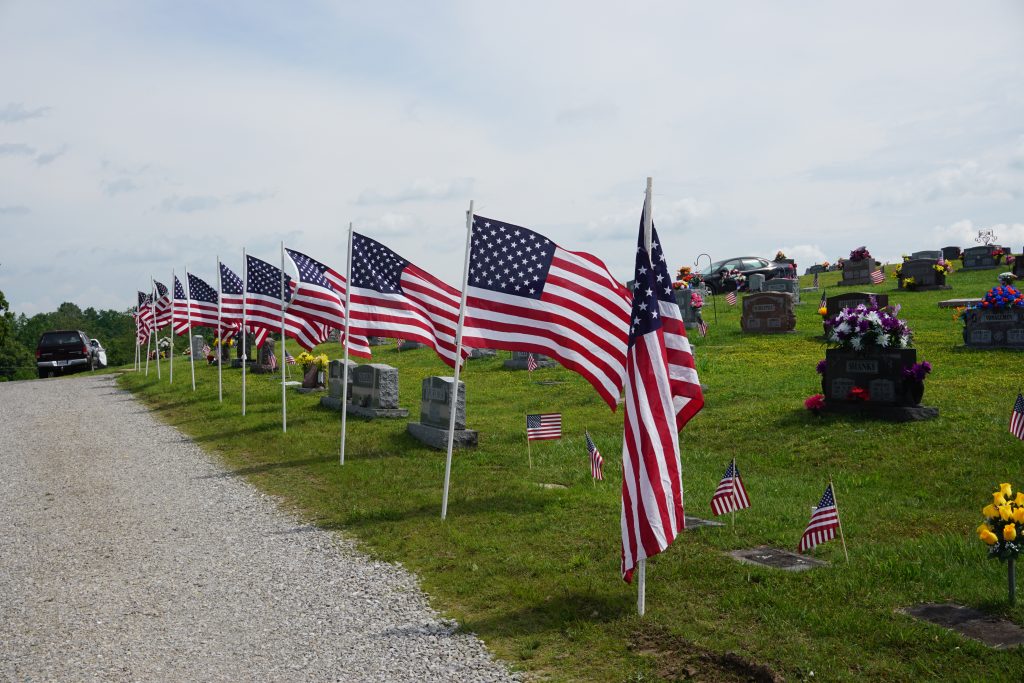 On Monday, multiple flags of the United States of America lined the roadway leading to the veteran memorial at the Ava Cemetery.  In honor and recognition, the cemetery was decorated with flags not only at the memorial site but also at every military grave throughout the cemetery.

Senator Cunningham acknowledged Memorial Day as a special time to recognize, honor and remember military men and women who were willing to die for those of us they didn’t know, had never heard of and never met – men and women willing to sacrifice all.  Sen. Cunningham noted President James Garfield gave the dedication speech at Arlington Cemetery in 1868, and during the first Decoration Day address, Garfield stated,  “If silence is ever golden, it must be here beside the graves of fifteen thousand men…..by one supreme act, the highest virtues of men and citizens. For love of country they accepted death.”  Today, Arlington National Cemetery is the final resting place for more than 400,000 military men and women. 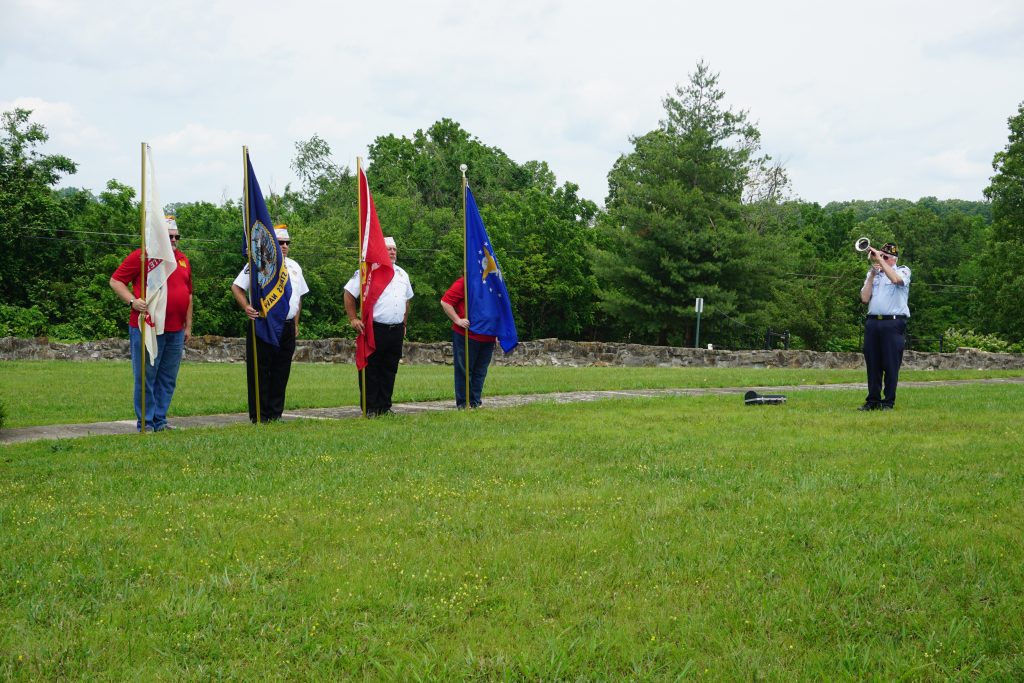 Taps was part of the ceremony Monday at the Ava Cemetery in recognition of Memorial Day. The playing of taps first served as a lights-out signal to soldiers at night, an action that dates back to the American Civil War. The distinctive bugle melody is now played at U.S. military funerals and memorial ceremonies.

The ceremony included a military honor guard and the military funeral protocol of a gun salute and taps.