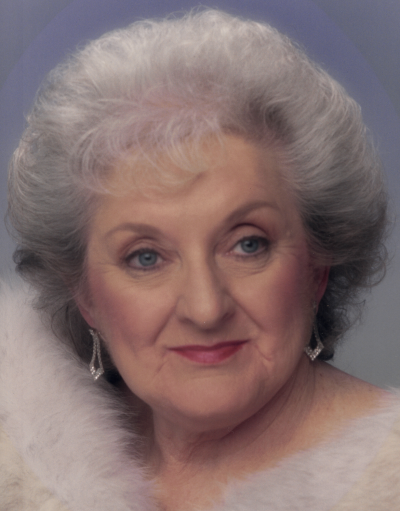 Myra Thomasena Newton, age 92 years, 10 months, 21 days, Springfield, Missouri, passed on to dwell with her eternal Father in Heaven on April 18, 2019 at Sweetwater Hospital in Sweetwater, Tennessee with her son, Rusty and daughter-in-law Cindy by her side.

On  December 31st, 1949,  Tommie and Don E. Newton were united in marriage in Springfield, and were blessed with two sons, Tim and Rusty.

In 1961 the family moved to Ava, Missouri where Don & Tommie opened their first grocery store, “Don’s Market”.  Tommie was always involved in the daily operation of the store as a bookkeeper and part time casher while also being a full time mom.  In 1968 they sold the Ava store, purchased another grocery store in Miller, Missouri and moved there in 1969.  In 1973 they built and opened their first “supermarket” in Crane, Missouri, known as Newton’s Supermarket, operating it until their retirement in 1981.

Tommie was a Christian and longtime member of High Street Baptist Church in Springfield, MO.  Although her primary hobby was shopping, she enjoyed traveling the desert southwest with Don in their retirement and gathered many good friends and acquaintances along the way.  She loved to host friends and family at picnics and parties, especially during the holidays.  Tommie always had a sweet and kind nature and a beautiful smile. Her joys were her children,  grandchildren, and great grandkids!

Tommie was preceded in death by her parents, her husband Don, her son Tim, and her brother, Charles Reichardt.

Tommie is survived by her son and daughter-in-law, Russ & Cindy Newton of Sweetwater, Tennessee,  grandson Shawn Newton,  granddaughter Charity Elmer with husband Paul Elmer and great grandsons Max and Mason Elmer, all of Springfield, grandson Brad Darby & family of Nixa, and grandson Cord Darby of Springfield.  Tommie is also survived by a few close friends of many years whom she regarded as family.

Friends are invited to join with family in a celebration of life memorial service for Tommie at graveside on Tuesday, May 28, 2019 at 11:00 a.m. at White Chapel Memorial Gardens, 5234 State Hwy. EE (West Division Street), Springfield.  Immediately following the service, all in attendance are invited to share a picnic lunch and fellowship on site in honor of Tommie, sharing memories and stories with us as we remember Mom, Nanie, Tommie and all the lives she touched throughout her life on earth.

Services are being conducted by Clinkingbeard Funeral Home, Ava, MO. Online condolences may be made to www.clinkingbeardfuneralhome.com.