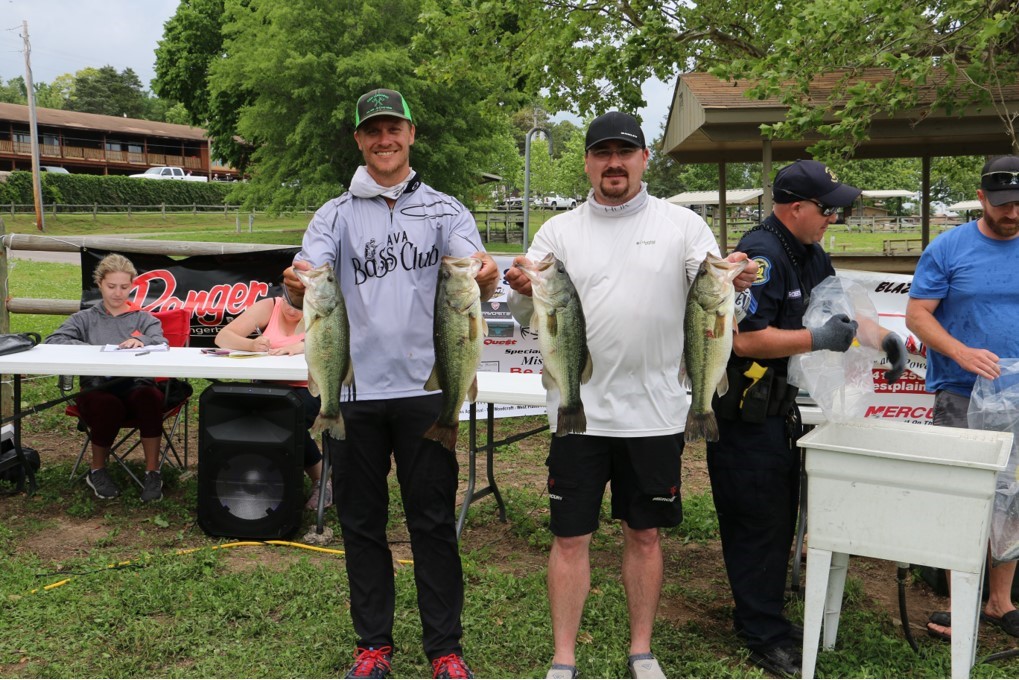 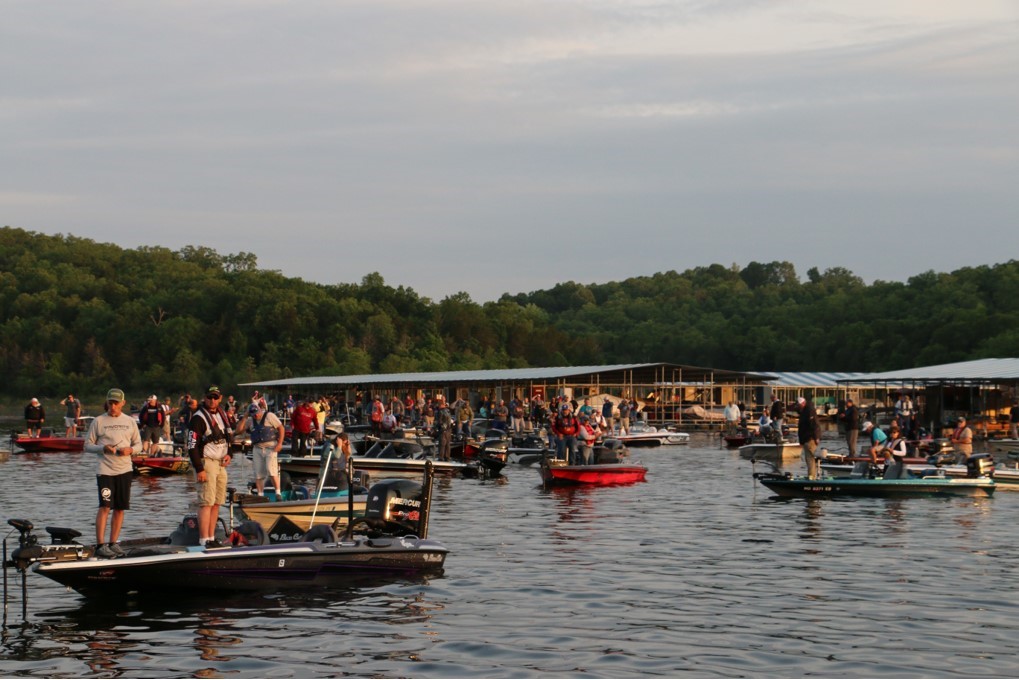 Mother Nature found favor upon the Angling for Athletes fishing tournament Saturday, as the high winds and stormy weather appeared just after the award ceremony and winners were announced.

Seventy-seven teams showed up Saturday morning for the 4th Annual Angling for Athletes Benefit Bass Tournament at Theodosia Marina on Bull Shoals Lake.  With high lake levels and windy conditions, anglers showed just how skilled they were with 38 teams bringing in a five fish limit for the weigh in.

Besting the field for the second straight year was the team of Heston Fish and Justin Reed with a five fish limit that tipped the scales with 19.40 pounds.  Fish and Reed reported catching their fish in dingy water using crankbaits and jigs.

Second Place went to the team of Layne Nance and Tammie Loftis with a solid five fish limit of 16.78 lbs.  Rounding out the top three was the Team of Jason Davidson and Darren Tilley with 16.75lbs.  Davidson and Tilley also took the overall big bass with 5.06-lbs.  The recognition included a cash prize and new fishing rod donated by Favorite Fishing.

In addition to cash payouts for the top 12 finishing teams, dozens of additional draw prizes and items were given away including the grand prize drawing for a new John Deere Z345 Zero Turn Lawn Mower from Heritage Tractor in West Plains.

Angling for Athletes raised nearly $3500 dollars for the Athletes of Special Olympics Missouri.