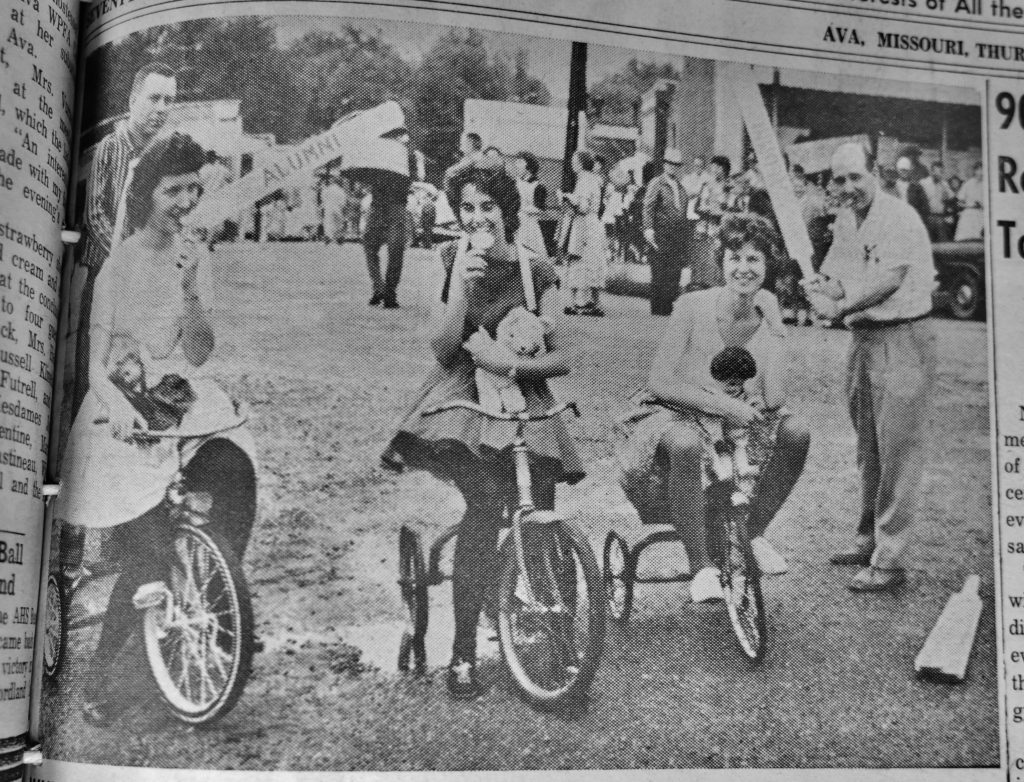 The Amish have Rumspringa. The Jewish have Bar and Bat Mitzvahs. The Australian Aboriginies have walkabouts.

If you graduated high school between the 1940s and the early 1970s, your coming of age experience likely included a walk from the high school building, around the square and back again, all while dressed in crazy costumes. You might also have been assigned a nonsensical task.

All as a means of being inducted into the Ava Alumnus Society.

“I had to scrub the cracks in the sidewalk with a toothbrush,”says Sharon Sanders.

“A few of us were tarred – using syrup – and feathered,” says Verl Smith. “Someone gave us a ride in the back of their pickup out to Cowskin Creek afterwards to wash off the feathers and syrup.”

“During our senior initiation in 1962 I had to pull Marvin Loftin around the square in a wagon,” says Jacqueline Scrivner. “I was dressed as the mother and he was the baby with a bottle. My husband-to-be, Norval Scrivner played guitar and banjo with Larry Owens. Mary Martha Hutchison Williams sang along.”

Couples dressed as if they were in a shotgun wedding.

Groups dressed as if they were part of a Salvation Army band.

Groups dressed up as a barbershop quartet. 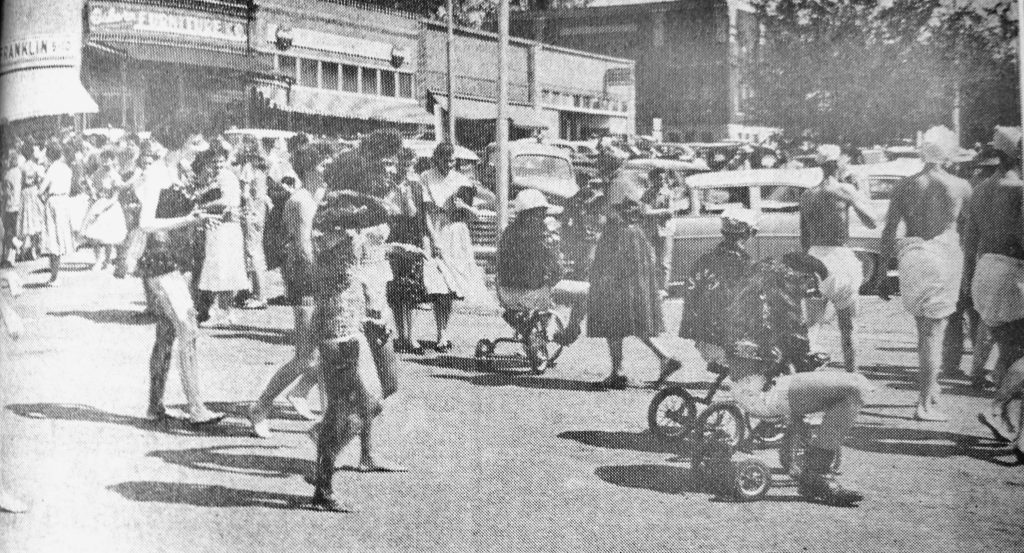 In 1959, graduates wore leather coats and boots while on tricycles, dressed as Indian swamis, or were part off a group of “gypsy girls.” 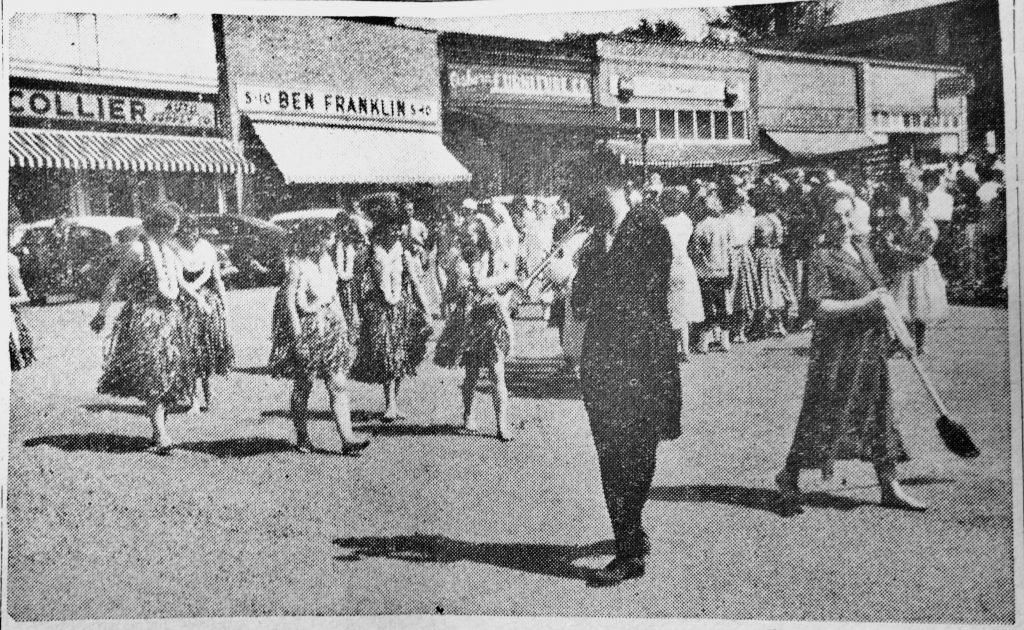 Herald Archive In 1959, trumpeter Jim Gaston plays for a band of hula girls. The street is being swept by an unnamed woman to clear the street for the barefoot girls. 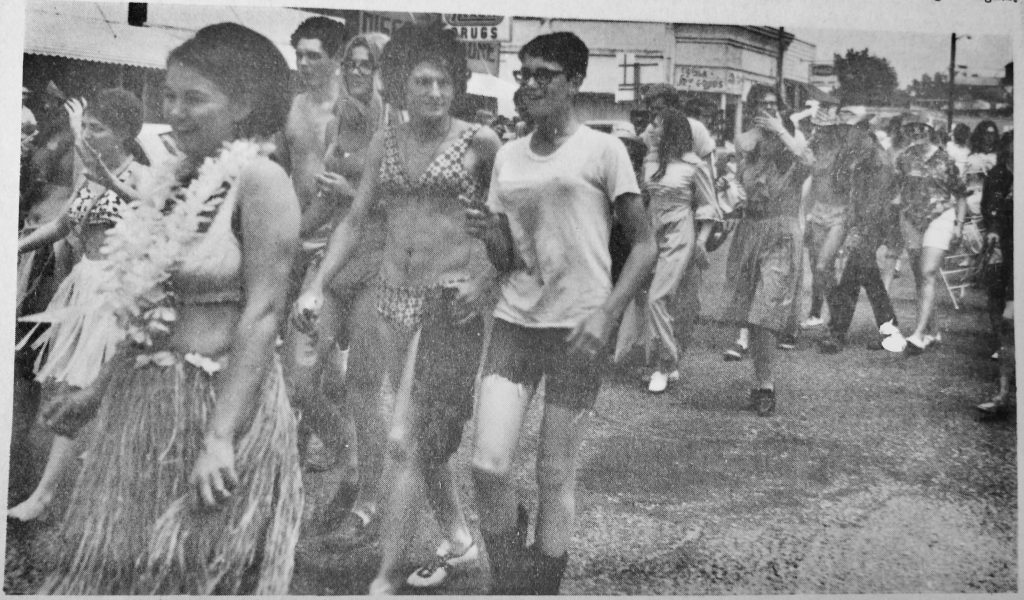 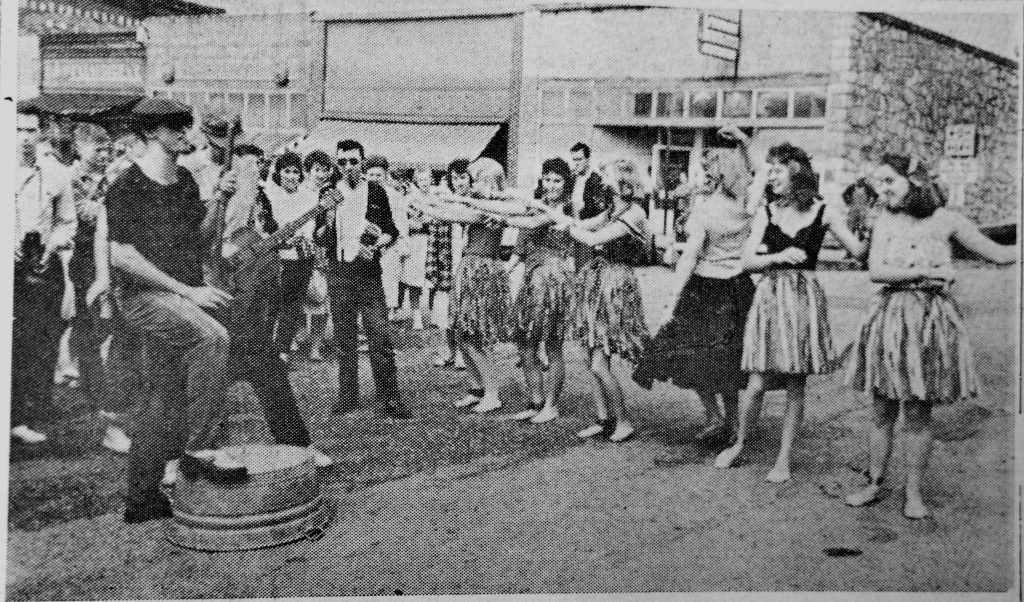 No one seems to remember how those assignments were handed out.

“I have no idea who chose what,” says Ava Alumnus President David Norman. “I don’t recall being told. It was just fun.”

“I can’t remember,” says Terril Shull. I’m just glad I got to be a cowboy!”

The tradition faded away in the early 1970s, possibly for liability reasons. A home movie of the event from 1971 shows some roughhousing among students while on the square.

Or it could have been related to staffing changes at the high school.

“Una Ellison taught American History and was the class sponsor for almost 40 years,” says David Norman. “She retired about that time and a lot of graduation traditions changed after that.”

Regardless of the reasons, this year’s graduating seniors can rest easy knowing their coming of age experience won’t include being tarred and feathered.