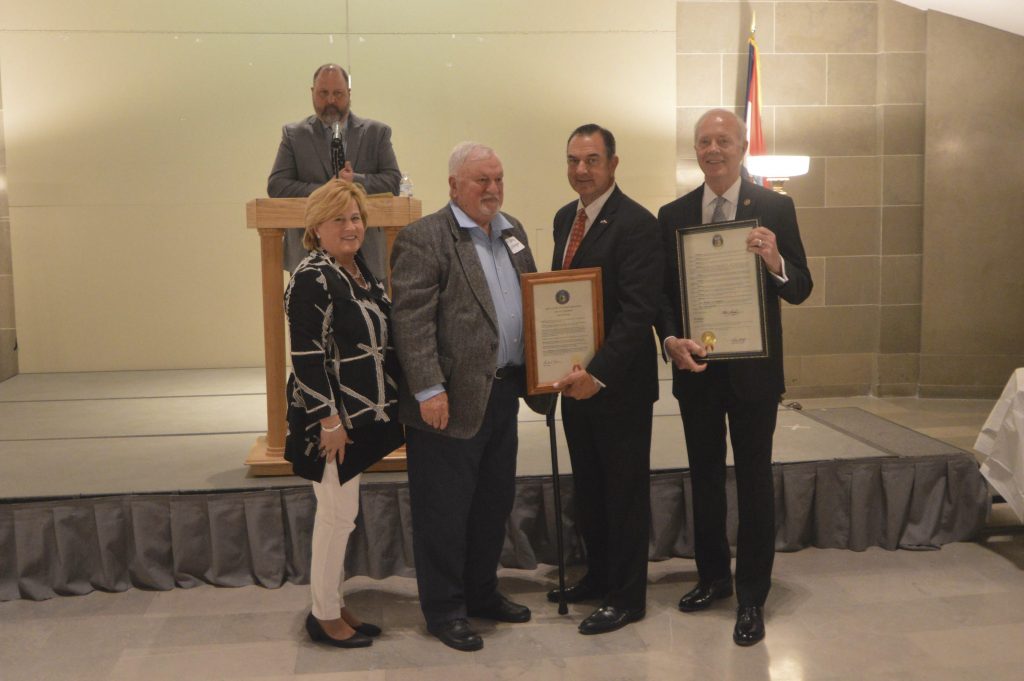 JEFFERSON CITY, Mo. – State Rep. Karla Eslinger this week announced that Danny Letsinger of Ava was named as one of the recipients of Lieutenant Governor Mike Kehoe’s Senior Service Awards. Eslinger, who nominated Letsinger for the award, attended a special ceremony at the State Capitol to honor Letsinger and the other outstanding seniors.

“I am thrilled that Danny’s commitment to service was recognized by Lt. Gov. Kehoe. He is deserving of all the praise and recognition we can give him,” Rep. Eslinger, R-Wasola, said. “Regardless if it is through church or any of the many clubs, boards, committees and organizations Letsinger is part of, he is always ready to help. We are truly blessed to have such an amazing and dedicated public servant like Danny Letsinger.”

First created in 2005, the Lieutenant Governor’s Service Award acknowledges senior citizens who provide their local communities with at least 40 hours of community service per year. Recipients are individuals who epitomize the values of giving, being a good neighbor, and commitment and service to others. Lt. Gov. Kehoe presented Letsinger with the award during a ceremony at the State Capitol on May 6.

In receiving the award, Letsinger was recognized for his faithful and dependable service as a contributing member of the community. Letsinger served as a board leader for the Community Foundation of the Ozarks, dedicating 10 years of service to the Douglas County Community Foundation Board of Governors, which he helped to found. He has also served on numerous other boards and committees, including the Ava Chamber of Commerce, on which he served as President and Board Member, the Ava First Southern Baptist Church, the Ava Rural Fire Department, and serves as the current commander for the American Legion in the area, having proudly served as an active duty member of the U.S. Marine Corps.

Letsinger also helped to found  Ava Victory Academy, a Christian school in the area, as well as the Ava Economic Board, displaying leadership and efficiency in furthering the priorities of his community.

In addition to receiving the Senior Service Award from Lt. Gov. Kehoe, Letsinger was presented with an official Senate Courtesy Resolution by Sen. Mike Cunningham. The resolution recognizes Letisnger for his outstanding community service.