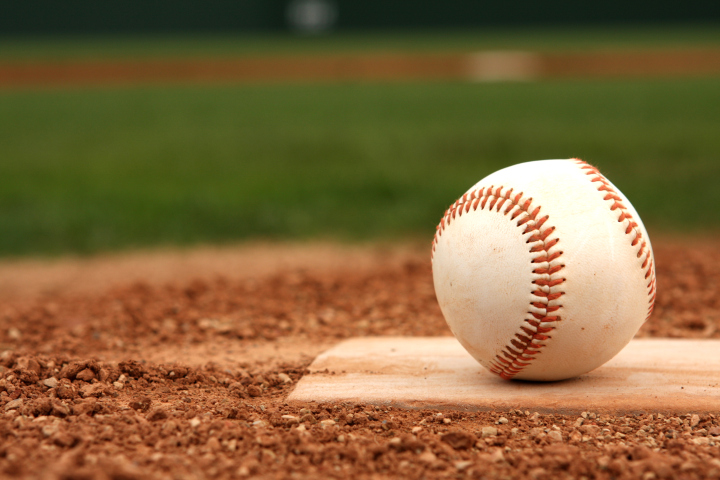 Some may say that winning is sweeter than earning, but with a 12-6 victory over SCA competitor Willow Spring High School the Ava Bears turned the South Central Association on its head with a perfect conference season and the crown to go with it.

The start of the perfect season began with a sweet 6-3 win over local rival, Mountain Grove. Rain shook the schedule up, delaying the 18-5 win over Thayer and the all-important W over Willow Springs, played more than a month after it was initially scheduled.

9-5 over Houston and Salem, 5-0 shutout over Cabool, and the 5-3 win over Mountain View-Liberty all added up for the Bears’ impeccable 7-0 SCA season.

At the top of the first Zach Richards (2.240 ERA) was hot, throwing nothing but strikes until Springs’ Kyle Wood popped the fifth pitch out to right fielder Andrew Dalton for the first out.

In the second battle, Richards threw five pitches when Brady Walton put one on the grass in center field and reached first on an error. Treyveon Talbert bunted one into play, but the move backfired when the Ava defense took the fielder’s choice and kept Walton out of scoring position by forcing him out at second.

Then things got worrysome. Talbert advanced to second on a single from Jonathan Baker and then third on a hit-by-pitch to Michael Tinsley. Bases were juiced and two were put away, a defensive save was needed to end the early run threat from Willow Springs.

Carson Lowe tried to get a run in with a bunt toward Ava second baseman Payton Evans, but a clean pickup and toss to first ended the top of the first with a blank board.

At the bottom of the second, the Ava Bears returned the favor with a run threat of their own. Tom Emerich (.339 AVG, .930 OPS) took advantage of a sloppy start from Willow Springs pitcher Carson Lowe and trotted to first on four balls in five pitches.

Myers got his look on the second pitch, sending the pearl into left field for an RBI single with Emerich scoring his 23rd run of the season as the go-to lead off man on the roster.

Carter Campbell couldn’t find his pitch, whiffing after five tosses from the Willow Springs’ turn on the rubber. Zack Miller, the under-the-radar batting hero in the Ava order with a .296 AVG and .758 OPS, is tied for second on the Ava roster with 14 RBIs this season.

On the 1-2 pitch, Miller sent one into left field for a solid RBI double, bringing-in Richards and Johnson.

Zach Mendel (.208 AVG, .538 OPS) grounded out to first but brought-in Myers for the Bears’ fourth run out of the gate. An infield fly to third ended Andrew Dalton’s (.245 AVG, .616 OPS) first plate appearance, but he would make up for it later in the game.

Richards turned up the heat at the top of the second with three strikeouts, minus one player who reached first on the walk to end the top of the second. The Ava offense cooled a bit with Richards making first on an error and second on a steal but was ultimately left stranded by Johnson who flied out to center field on the 2-2 look.

Willow Springs finally woke up in the top of the third with two runs, but Richards quickly got some backup from the Ava defense, who put away three with a ground-out, a pop-up to center, and a busted steal to keep Ava in the lead, 4-2.

Myers was in lead-off position in the four-through-eight third inning. He made the walk to first on the 3-1 pitch and Campbell followed behind, reaching first on an error.

With Myers in scoring position at third from the Willow Springs error, Miller once again shined in his at-bat, reaching first on a fielder’s choice to pickoff Campbell on his way to second. The decision by the Springs’ defense led to Myers putting up the fifth run.

Miller made it to third thanks to the error and a grounder by Zach Mendel, unfortunately a liner from Dalton went to the shortstop’s glove for the third out.

Moving forward to the bottom of the fifth, where the Bears led 5-3, Myers was once again in the leadoff spot for the Ava Bears. A single and a skip to second during Campbell’s at-bat put two on with Campbell’s dinger to deep left field, advancing Myers to third for runners on the corners.

Miller, again, in that sixth spot in the order, pulled through for the bears. An RBI single brought-in another two runs for the Ava Bears after Campbell turned on the wheels and turned three for the seventh run for Ava.

Miller was caught trying to thieve second, but the damage was already dealt during his at-bat. Mendel flied-out to first base for out number two, but the Bears have become all-too-comfortable with making plays with two put away.

On the 3-1 pitch, Dalton made first and then reached second as Peyton Evans (.133 AVG, .533 OPS) made first on the error followed by an RBI single from Richards for run number eight.

Willow Springs answered with three runs in the top of the sixth, but the 8-6 deficit was spelling doom when another four runs by the Ava offense sealed the game at 12-6.

Myers earned a single on the 2-1 pitch and turned to third on a sacrifice bunt by Campbell, who was tossed out at first. A detrimental passed ball by Willow Springs led to Myers scoring and Miller following suit on another botched stop by the Willow Springs catcher. Mendel made run 11 after making a single and capitalizing on the passed balls to tag-up at third. Dalton, who scored in the bottom of the fifth, earned an RBI single with Mendel scoring on his at-bat.

Dalton also turned all three bases thanks to a sacrifice bunt by Evans and an RBI single from Emerich who also picked up an extra base. Richards closed out the Ava offensive onslaught with a fly-out to second base.

An eight-through-two top of the seventh netted just a single for Willow Springs after a ground-out and two swinging strike three’s closed out the game at six and one-half innings.