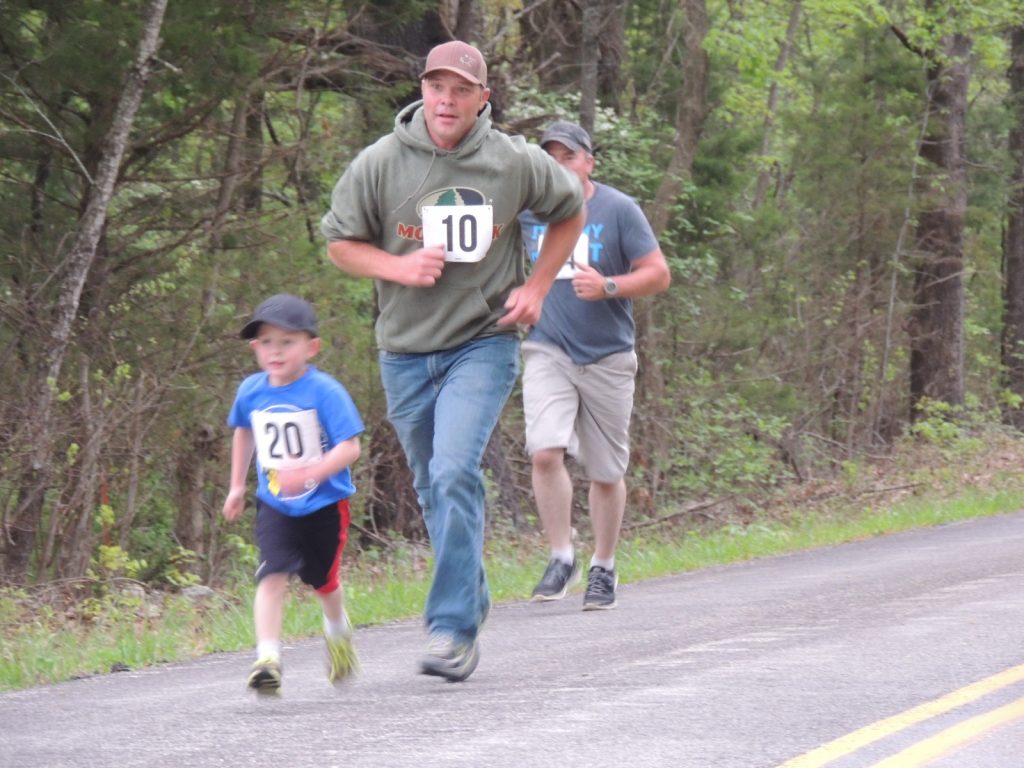 The Skyline R2 Fun Run, the 5k Donut Dash, was an unqualified success on Saturday. Thirty-seven runners participated. All the runners completed the course of just over three miles in under an hour which is an improvement over last year. The surprising thing is that the youngest and smallest of the group was the winner. Kindergarten student, Kash Hurt (#20), came in first with a time of 29:30. Last year, Levi Hicks won at 23:39. Andrew Hardin was in second place last year at 23:45. Andrew was in second place again this year at 29:04. He was asked if he and the third place winner, Jim Hurt (29:07), had perhaps lagged back so the little guy could win. He said Kash had led the whole way and that he won fair and square. The whole group enjoyed donuts and fruit as prizes were awarded to the winners of the various categories.

The Skyline Wellness Committee sponsored the event with the co-operation of the Skyline Volunteer Fire Department and the sheriff’s departments of both Douglas and Wright Counties.  Promoting good health through activity is a great goal.