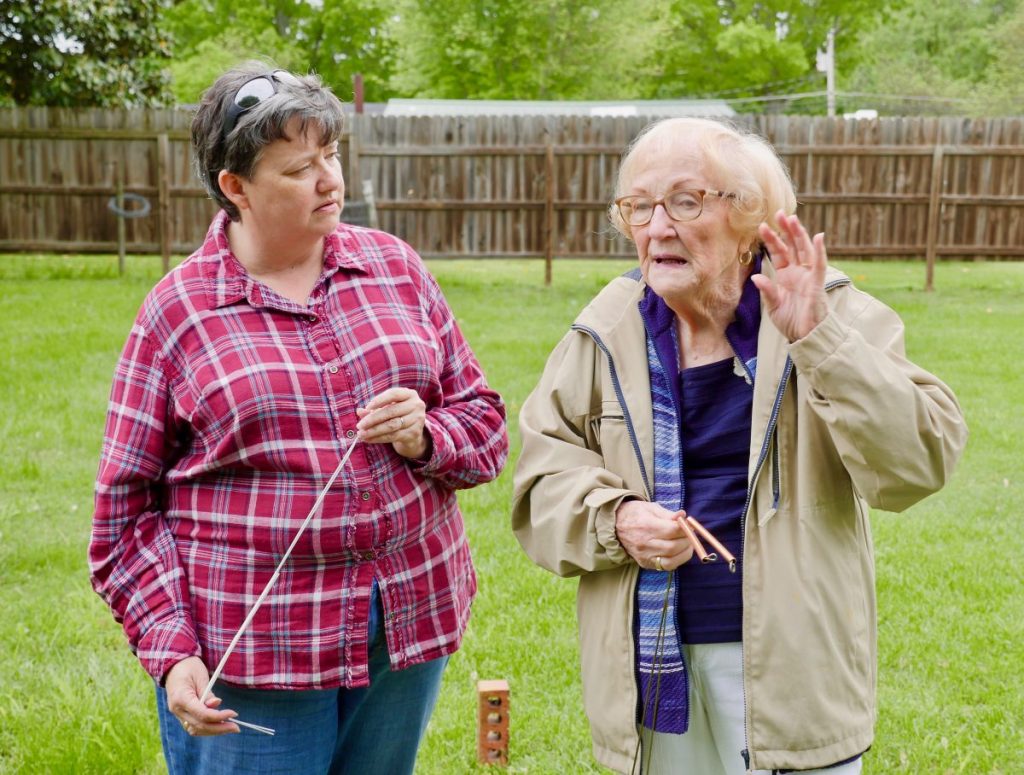 Turns out, that phrase is one of the best conversation-starters ever.

What is dowsing? What are bushwhackers?

You might also know it as divining, doodlebugging, water-finding, or water witching.

It’s an old practice, first mentioned in literature from the 1500’s.

No matter the tool, the basic approach is the same. Dowsers walk slowly over an area of ground, looking for a reaction from the dowsing rod.

Dowsers claim to be able to find hidden objects. They are brought in to seek underground water lines, hidden drugs, ground water for wells, landmines, buried remains, and more.

Mainstream religions have called it mystical or superstitious.

Scientists don’t like it either. They’ve done multiple studies over the last 100 years all concluding that dowsers are no more accurate than random chance.

Yet, for every report of how dowsing is humbug, there are stories of dowsers being able to find things not findable through other means.

We often picture the Civil War as being a series of organized, orchestrated moves of clearly-defined, uniformed, groups of Union and Confederate soldiers.

The reality is much messier.

Missouri was a Civil War border state. It sent men and supplies to both armies. In addition to “regular soldiers” battling each other, there were renegade, loosely-organized, non-uniformed groups of men fighting guerrilla-style outside the formal chain of command.

In the recently released memoir Dear Descendants, author and Ava native Columbia (King) Mankin recounts the details of Ava’s only Civil War skirmish. Surprised by “rebel bushwhackers”, the fighting ended with the death of her grandfather, his two brothers, and other relatives.

After burying their family members in proper graves, Columbia writes that “the women came back and dug a big grave and buried the rebel soldiers.” Her father – who survived – would talk to Columbia about the battle and show her the location of the rebel grave.

Over the years since the battle, Ava grew. Homes were built around that rebel grave. The grave site became someone’s backyard.

The same Cinita who would later be pivotal in making Columbia Mankin’s book – and the story of the battle – readily available.

“We were living right here,” said Cinita Brown. “Daddy grew dahlias, and he always said he was decorating Confederate graves with them.”

Cinita became fascinated with the bushwhacking story from Dear Descendants, and wanted to confirm her suspicions about the location of the grave site.

On Saturday, May 4th, she arranged for Leslie Wyman, Managing Director of the White River Valley Historic Society to visit Ava.

Leslie is an experienced grave dowser and also teaches the practice to others.

About a dozen interested locals gathered to learn and practice dowsing on known graves at the Tower Hill Cemetery in Ava.

The group then moved to the suspected rebel bushwhacker grave site (located on private property), located west of the current post office in Ava. 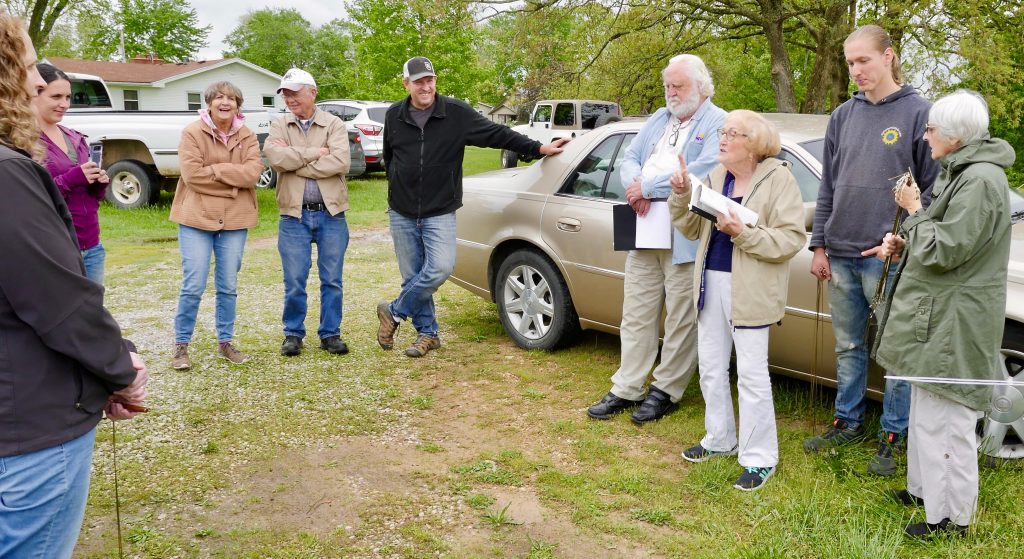 After some direction from Cinita Brown, Wyman criss-crossed the area, looking for graves and ruling out what she suspected was a water line. 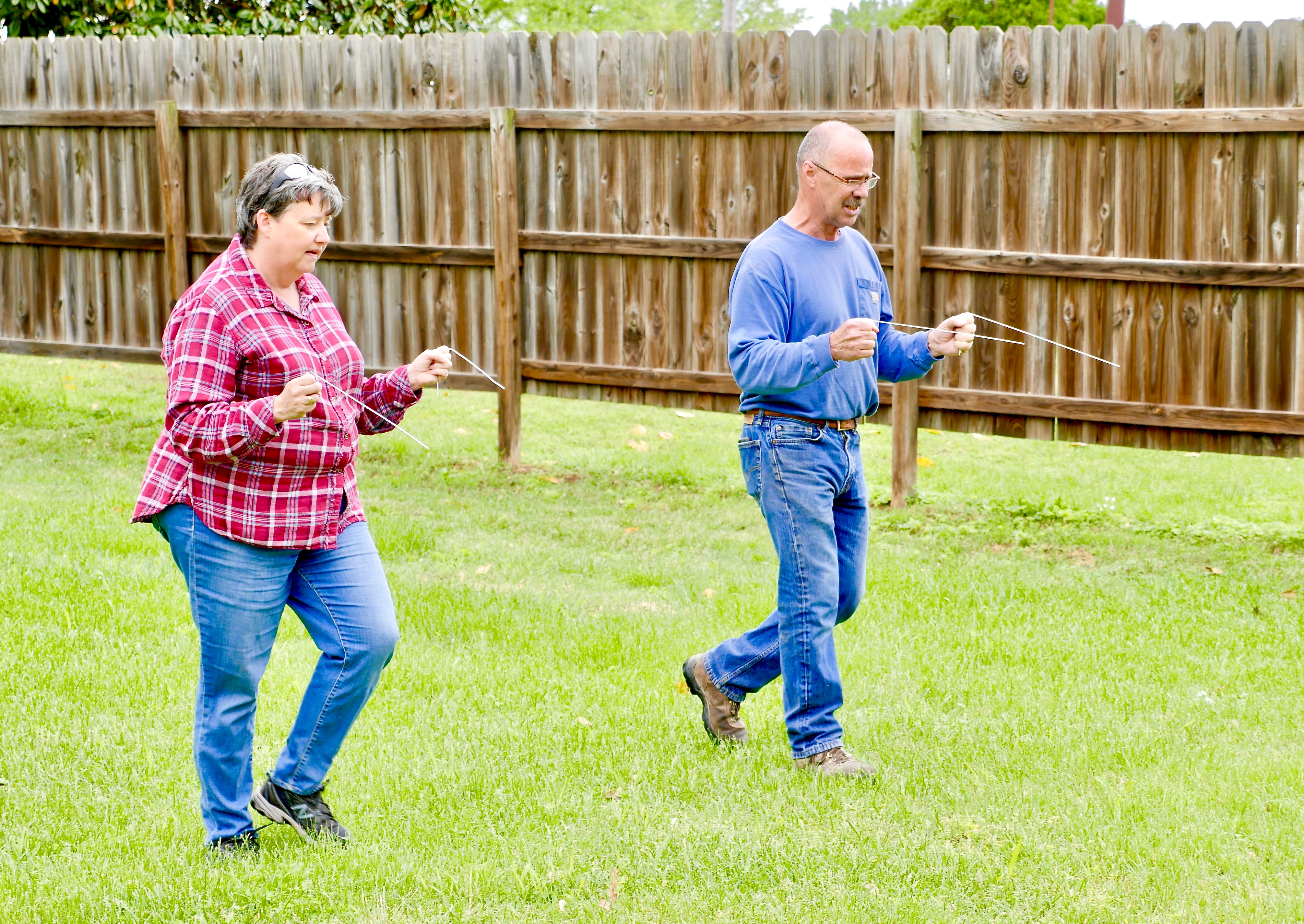 Her final verdict gels with the details in the Mankin book.

“There are 19 adult-length bodies, ranging from 4.5’ to 6.5’ long,” said Leslie Wyman. “All male. They are laid in rows. One is laid north-south, all the others are laying east-west.”

There are currently no plans to excavate the site.

Cinita’s hope is to honor the wishes of Columbia Mankin, who wrote “I wish they’d put a marker up so everyone would know about it. After all, the descendants of many of those men, both Rebel and Union, still live in the county.”

To learn more about Bushwhackers and Baldknobbers  in the Ozarks visit the White River Historic Society at wrvhs.org,  or purchase a copy of Dear Descendants at tinyurl.com/lums-book,