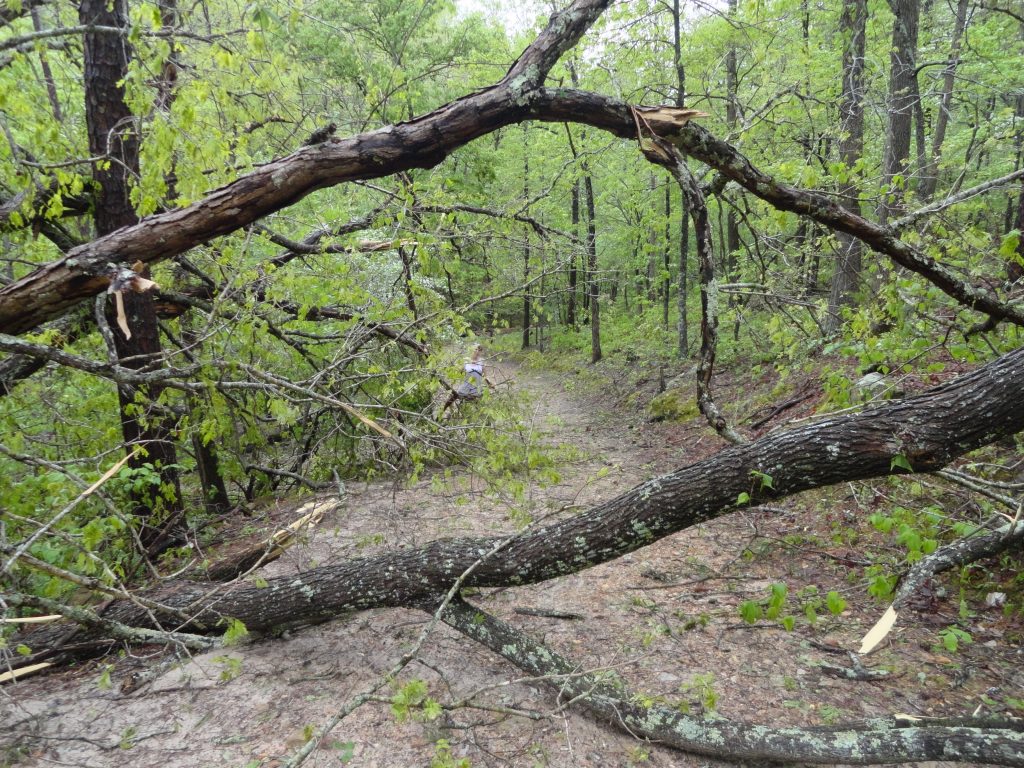 Paul and Carol Peyton who reside in Douglas County, about one mile from the Brushyknob area, received heavy storm damage last week during the severe weather front that moved through the area April 30.  Approximately 20 large trees were uprooted or snapped in two on their property, with several downed trees measuring at least two-feet in diameter.  Paul says the damage trail was a straight line from Bryant Creek to their house, and the impact of high winds hit their home about 10 p.m. and felt like a shotgun 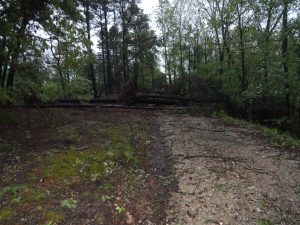 blast. He noted trees were twisted or uprooted on three sides of their home, but the house was not damaged only covered with debris. Unfortunately, many trees fell across the drive and roadway leading to and from their residence. Earlier this week the National Weather service confirmed an EF-0 tornado with 80 mph winds hit Brushyknob around 9:45 p.m. The path was 2.86 miles, and 100 yards wide. 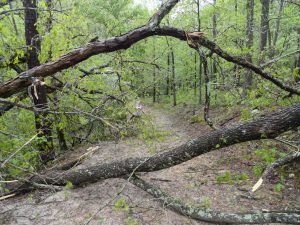