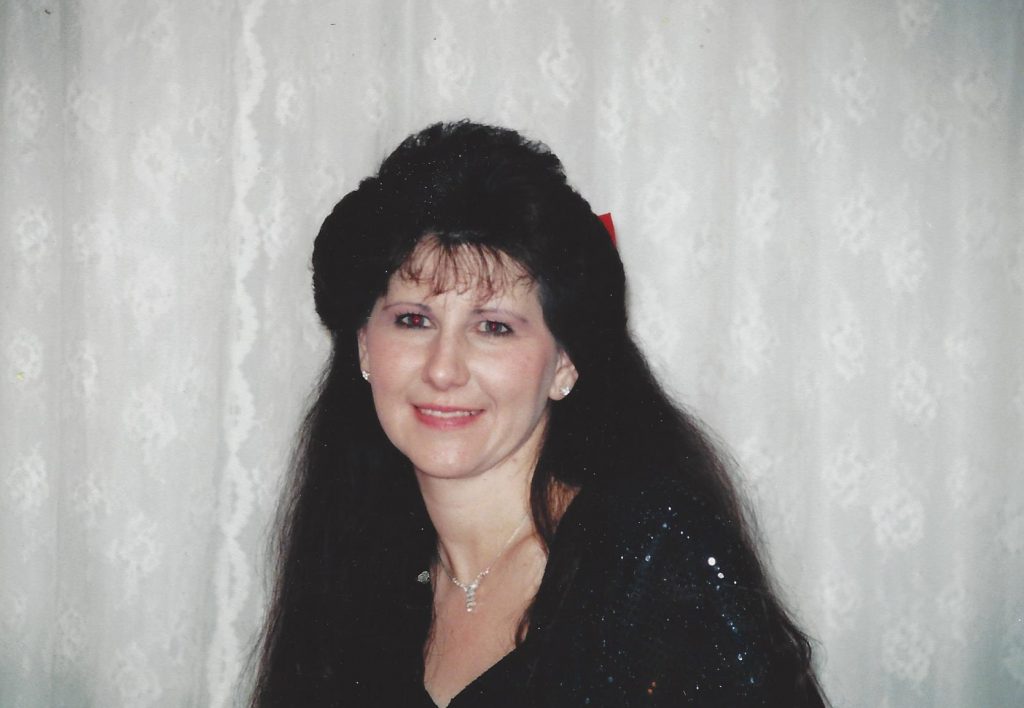 Vonda Kay (Parmente) Bungard, daughter of Bill and Susie (Page) Parmenter was born on March 17, 1965, in Cabool, Missouri. She was named after Miss America 1965, Vonda Kay Van Dyke, who still resides in California.

Vonda passed away on April 16, 2019, after a 13 month battle with Leukemia, spending the last four months at Barnes Jewish Hospital in St. Louis, Missouri. For her birthday this year, she received over 100 birthday cards.

Vonda grew up in Norwood, Missouri and graduated Valedictorian of her class of 1983.

She is survived by her loving husband Doyle, her parents, Bill and Susie Parmenter, sister and brother-in-law Tresia and Burt Smith, and brother Billy Parmenter, all of Norwood, Missouri, six nephews, three nieces, aunts, uncles, many cousins, and her extended church famly that she considered family, who all will miss her greatly.

Services for Vonda were held on Saturday, April 20, 2019, at 11:00 a.m. at the Countryside Church of the Nazarene, in Norwood, Missouri.  Reverend Keith Kenyeri and Reverend Riley Hall officiated.  Arrangements were under the care of Holman Howe Funeral Home in Mansfield Missouri.