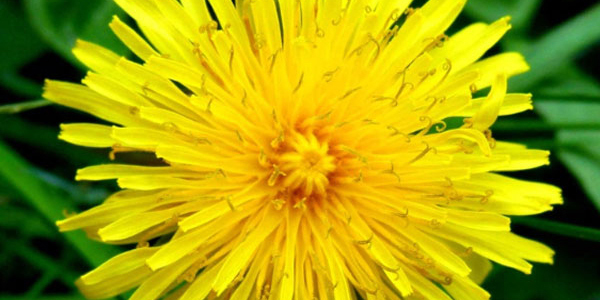 Some consider the dandelion the scourge of lawns. Others savor its greens as a vegetable. Its sunny blooms give dandelion wine its unique flavor.

“Either way, the dandelion is an interesting and tenacious perennial plant,” says University of Missouri Extension horticulture specialist Michele Warmund.

Dandelions bloom in spring and fall. Bees and other insects collect pollen from the blooms, although most of the pollen grains are infertile. The white, puffy seed head at the end of the scape contains many brown fruits called cypselae. The pappus, a feathery attachment on the cypselae, aids in the dispersal of seeds.

“The fleshy taproots of dandelion are fascinating or nightmarish,” says Warmund. They grow up to a foot long. When wounded, they fight back by growing callus tissue with two to five more shoots. Warmund recommends chemical control over digging or pulling roots. Apply post-emergent products containing 2,4-D in spring and fall.

Dandelion seeds brought on the Mayflower were planted in the American colonies as a food crop rich in vitamins and minerals. Native Americans used dandelions for a variety of maladies.