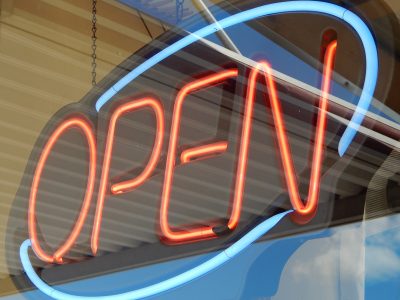 JEFFERSON CITY — The NFIB Small Business Optimism Index increased 0.1 points to 101.8 in March, a historically strong level and an indication that small businesses continue to power the economy after being briefly shaken by January’s government shutdown. Overall, the Index anticipates solid growth, keeping the economy at “full employment” with no signs of a recession in the near term. The Uncertainty Index dropped six points to 79, returning to a more normal level for recent years.

State-specific data is unavailable, but NFIB State Director Brad Jones said, “I think the survey shows that our members still have the confidence to reinvest in their small businesses.”

Plans to invest were most frequent in wholesale trades (36 percent), manufacturing (34 percent), retail (33 percent), and transportation (32 percent). A net five percent of all owners (seasonally adjusted) reported higher nominal sales in the past three months, a six-point improvement, rebounding back from the “shut down, slow down” in sales. The net percent of owners expecting higher real sales volumes rose three points to a net 19 percent of owners, a solid reading.

The net percent of owners viewing current inventory stocks as “too low” lost four points to a net negative six percent, suggesting that inventories are still viewed as excessive.  Imbalances were very large in the wholesale trades (-24 percent) and retail (-14), while in agriculture, 11 percent reported stocks too low compared to eight percent too high.  The net percent of owners planning to expand inventory holdings fell from one percent to a negative one percent, a two-point decline.

“Owners are growing their businesses and expect that they can sell more if they can produce more with additional employees,” said NFIB Chief Economist Bill Dunkelberg. “Investment spending has been solid for the past two years and owners are choosing to invest in their workforce as well by creating new jobs and raising wages.”

As reported in the March NFIB Jobs Report, owners have added a record high number of new employees for the past two months, only one percent (down two points) of small business owners reported reducing employment an average of 2.4 workers per firm (seasonally adjusted) in March, the lowest percentage of owners reporting reductions in survey history.  Twelve percent (unchanged) reported increasing employment an average of 2.7 workers per firm.

Sixty percent reported hiring or trying to hire (up three points), but 54 percent (90 percent of those hiring or trying to hire) reported few or no qualified applicants for the positions they were trying to fill (up five points).  Twenty-one percent of owners cited the difficulty of finding qualified workers as their Single Most Important Business Problem, only four points below the record high. Thirty-nine percent of all owners reported job openings they could not fill in the current period, up two points from February and equal to the record high set in December.  A net 33 percent reported higher compensation in March, up two points.

About the Small Business Economic Trends

The NFIB Research Center has collected Small Business Economic Trends data with quarterly surveys since the 4th quarter of 1973 and monthly surveys since 1986. Survey respondents are drawn from a random sample of NFIB’s membership. The report is released on the second Tuesday of each month. This survey was conducted in March 2019. For more information about NFIB, please visit NFIB.com.