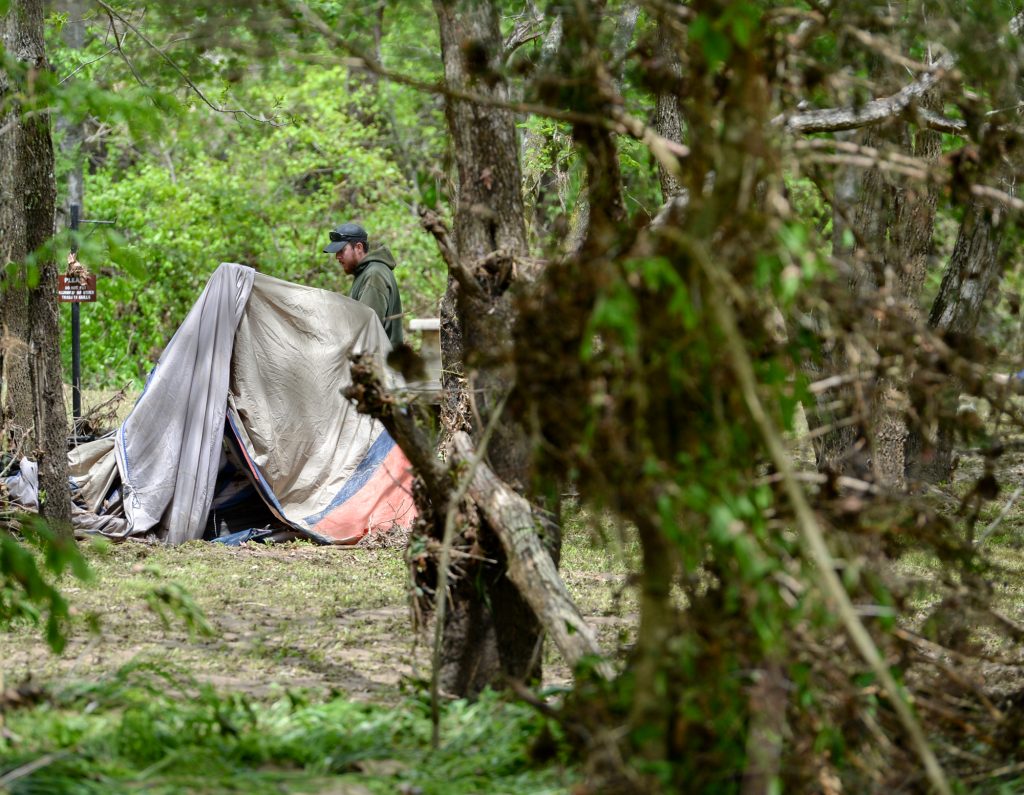 The remnants of a campsite belonging to Robbie Turner are examined by a Missouri Conservation Department staff member Wednesday, May 1, 2019, at the Vera Cruz fishing access near Ava, Missouri. Turner's body was found by the Douglas County Sheriff's office which stated that a devastating flash flood had come down Hunter and Bryant Creeks, washed through the area, and carried the deceased man several hundred yards down stream. (Jason Hoekema)

A man camping at the Missouri Conservation Department’s Vera Cruz fishing access area was killed sometime in the late evening Tuesday, April 30, and morning of Wednesday, May 1 when a flash flood inundated Hunter Creek near Highway AB.

The Douglas County Sheriff’s Office confirmed the death of Robbie Turner, a local Ava man who was staying in a tent near the creek during severe weather and dangerously heavy rains.

Debris as high as ten feet littered tree branches at the site, indicating the flooding which washed-out Highway AB was very deep. Young trees were bent, and sediment was displaced across the roadway into the surrounding foliage.

According to Sheriff Chris Degase, Turner’s body was recovered several hundred feet from his tent. Authorities removed the body after waters receded. 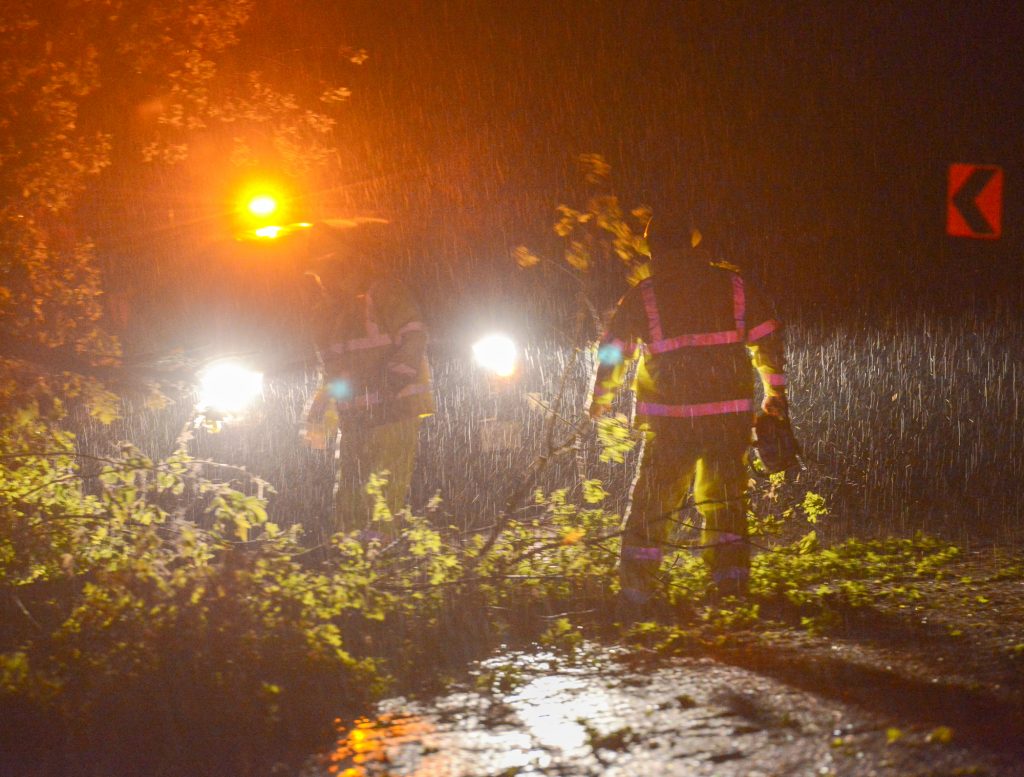 Nearby, the shoulder and large sections of the rural highway were washed away as Missouri Department of Transportation workers arrived early Wednesday afternoon to survey and clear some debris and sediment clogging the roadway.

The road remains heavily damaged and dangerous for motorist use as MoDOT waits until after additional rainfall passes to repair theroadway.

Rainfall estimates as high as seven inches fell in the area surrounding Ava, causing flooding of several roadways and low water crossings throughout the county. A tweet from the Missouri State Highway Patrol warned motorists Wednesday of rising flood waters and additional flooding possible as storms pass through the area again Wednesday. 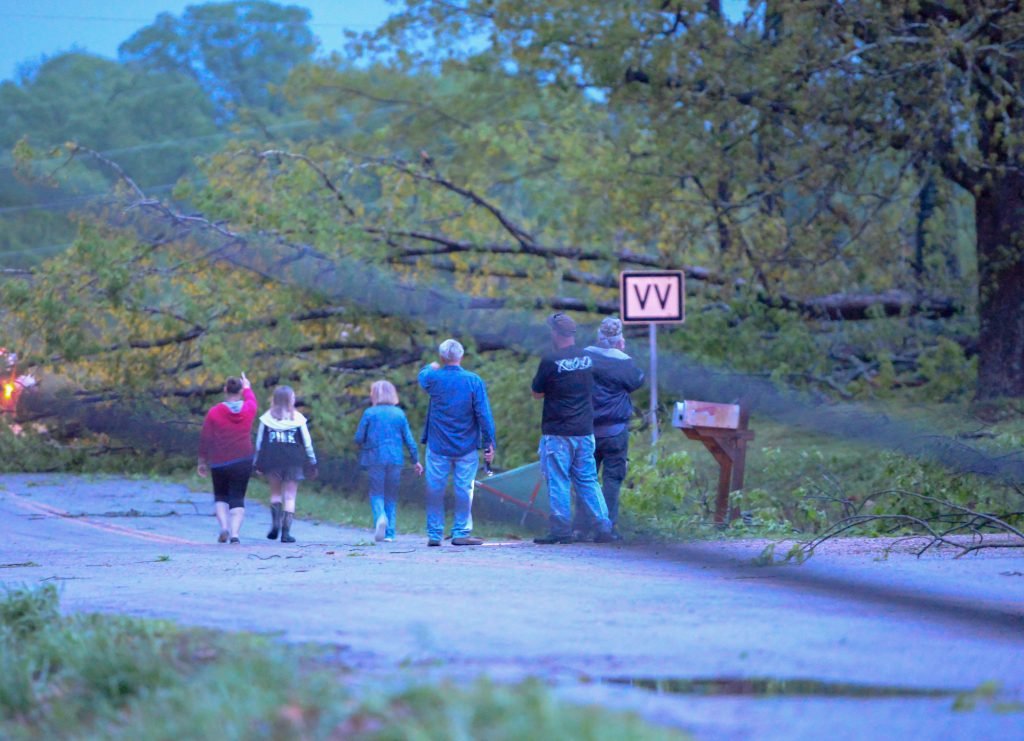 Area residents near the intersection of Highways 14 and VV survey damage made by a suspected tornado Tuesday, April 30, 2019, near the city of Ava, Missouri. (Jason Hoekema)

North of the Vera Cruz site at the junction of Highways 14 and VV, the Star Chapel church sustained minor damage from a probable tornado touchdown from the rotation which passed over Squires Tuesday evening. Trees were uprooted around the church, falling in different directions but leaving the structure relatively unscathed.

No injuries were reported Tuesday evening as crews and area residents worked to clear fallen trees on the roadways.

Storms are expected to again affect the area overnight Wednesday and into Thursday.