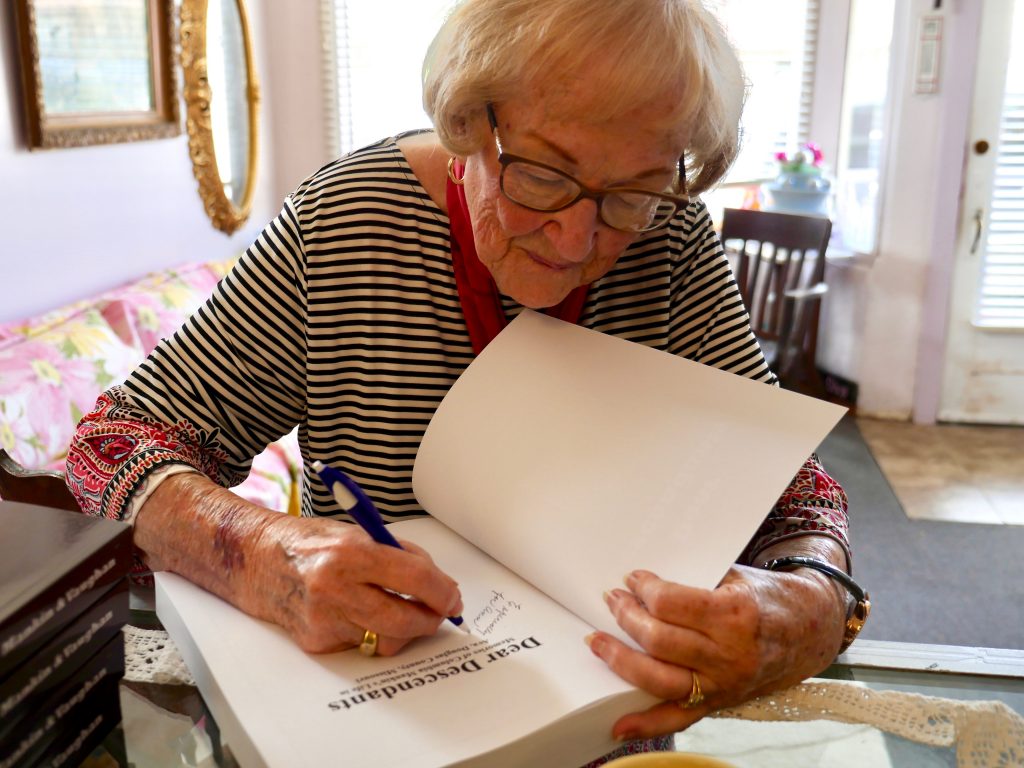 Michael Boyink/Herald Cinita Brown signs a copy of Dear Descendants. Cinita wrote the books introduction and was largely responsible (along with Ken Brown) for making it publicly available. 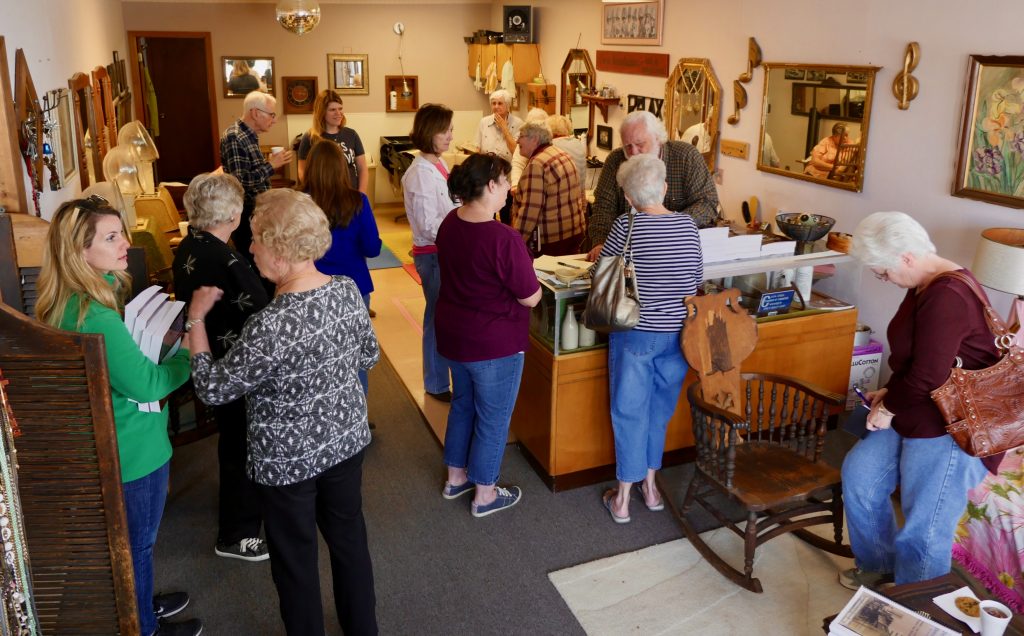 But just off the square, the parking lot at Jane’s Beauty Shop was almost full. And for a couple hours, a steady string of people walked in and out.

While inside, it wasn’t a haircut or a perm visitors were after. It was a copy of Dear Descendants, a collection of memories about Ava and Douglas County originally written by the mother-daughter team of Columbia Mankin and Orla Vaughn. 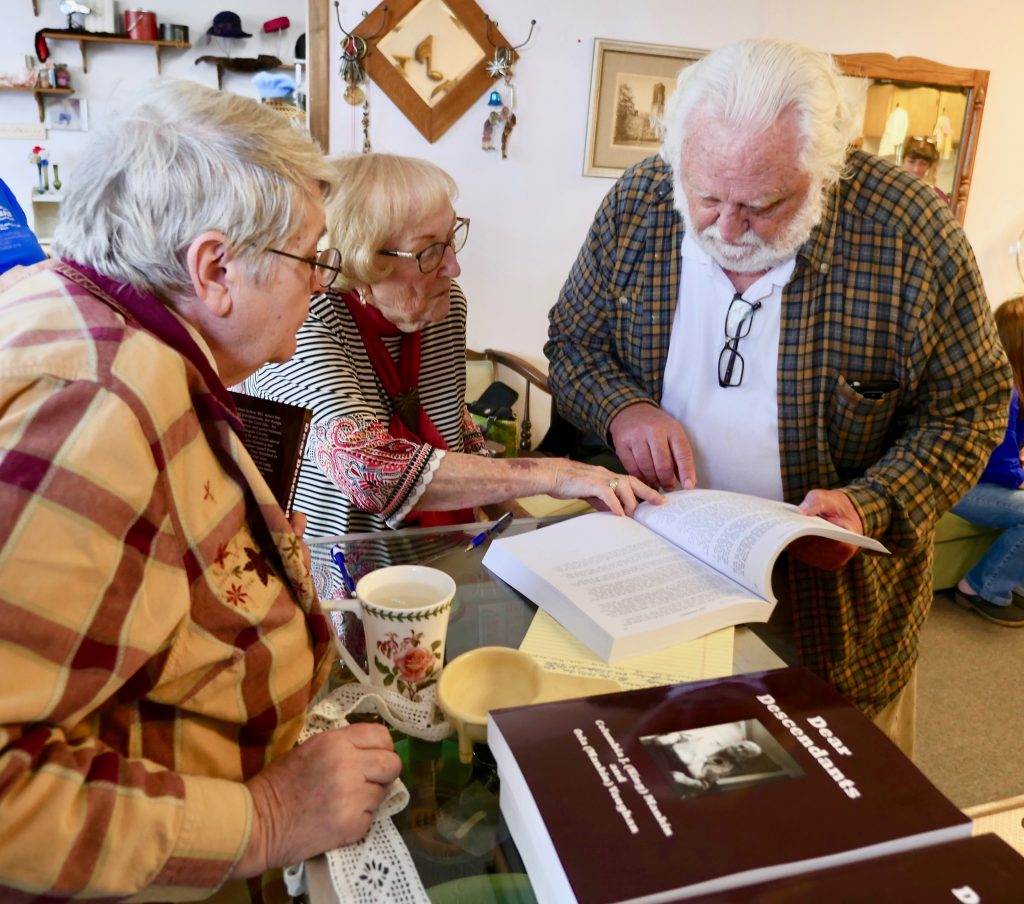 Columbia and Orla finished their work in the late 1950’s, and for decades after the book stayed mostly in the hands of other family members. 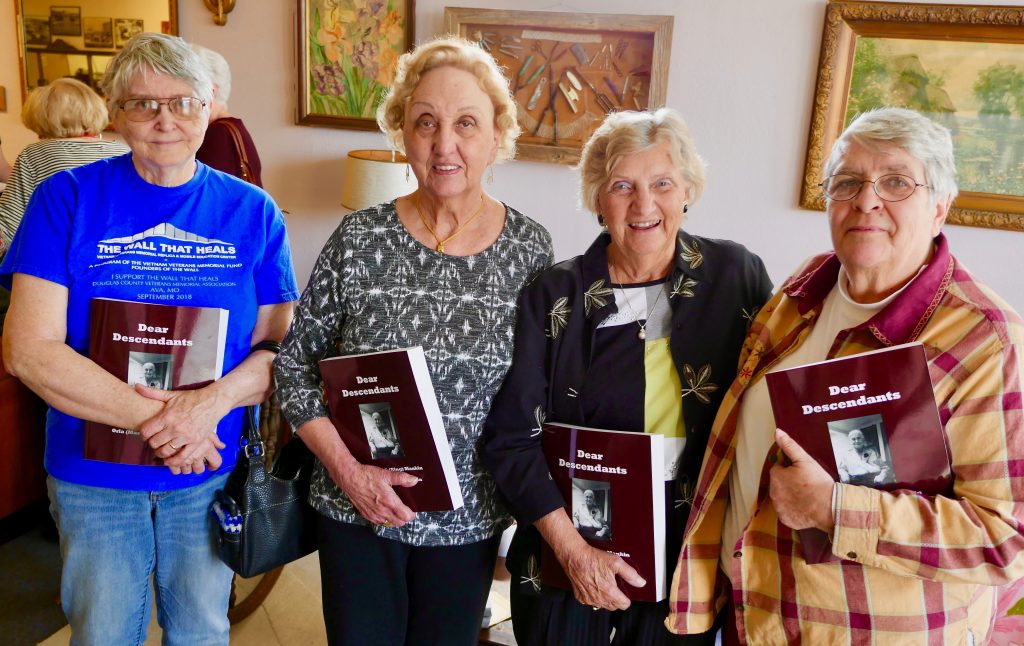 Saturday was the celebration of that task being complete. Local history buffs descendants of people mentioned in the book came out to chat with Ken and Cinita, and purchase their own signed copy of Dear Descendants.

Copies of Dear Descendants are available to purchase online by visting tinyurl.com/lums-book.