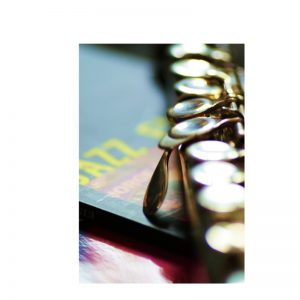 The Concert Band received an Exemplary (I) Rating from one of the two judges and an Outstanding (II) Rating from the second judge, giving the group an overall Outstanding Rating. The band was only two points away from attaining two Exemplary Ratings.  Mrs. Sarah Sacco, director of bands at Ava Schools, said one of the judges noted the band’s performance was impressive.

Participating in their first festival competition, the Ava Middle School Jazz Band earned an Exemplary Rating from both judges, giving the group an overall Exemplary Rating.  The group gave an amazing performance. The judges were particularly impressed since the group also has sixth-grade music students performing in the group.

For those interested in attending, the following performances are scheduled from now through the end of the school year:

May 5 – Java & Jazz, 2:00 in the high school gym.  For the event, coffee and treats will be provided by Melancholy Roasting, True Brew, Simply Bri’s Cookies, Don’t Waste a Taste Confections, and Kelli Williams of Clarity. Admission is by donation only.  Your donation will get you a ticket for a free cup of coffee and a cookie.

The Java & Jazz concert offers an opportunity to kick back, relax, sip some coffee, nibble on something sweet, and enjoy jazz from the Ava Middle School and High School Jazz Bands.  In addition, a special guest performance from  the Springfield Community Jazz Ensemble. All donations and proceeds go to help support the band.

The next Band Booster Meeting  will be held on Thursday, May 9, in Mrs. Sacco’s classroom.  The meeting starts at 6:00 p.m.   This is the last meeting of the school year and discussions will include details about summer events. The public is welcome to attend.

The date has been scheduled for the Booster Golf Tournament, and this year it will be held on Saturday, Aug. 3. Anyone interested in helping with planning, or assisting with the tournament, please contact a Booster Club member.  The Booster Club is also seeking sponsors for the event.

If you would like to be added to Band Booster communications, contact Will or Summer McFarlin through email: avaprideboosters@gmail.com.