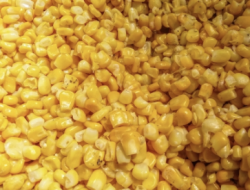 This year is an exception. Rain and flooding kept many farmers from applying nitrogen at their usual time.

Scharf says time is running out to apply nitrogen before planting corn, but applying nitrogen after planting is likely to work equally well.

“Delayed corn planting can cost a lot of money and could have a domino effect on other time-sensitive operations,” Scharf says.

Anhydrous ammonia remains the cheapest source of nitrogen. It also resists loss best after excessive rains. But it is the slowest to apply, and that is not a good fit with the current situation.

• Myth 1: Early-season nitrogen stress reduces row numbers on corn ears and cost a lot of yield. Scharf says he counted ears on continuous no-till corn plots that had no nitrogen for 11 years. Yield suffered but corn ears were reduced by only 0.3 rows.

• Myth 2: N applications at waist-high lead to economic devastation. Scharf’s study of data from five states over three decades shows this to be wrong. He says that data shows the same yield from nitrogen applied in a single shot at waist-high as at planting. He does not recommend waiting that long, but if does happen, it is not the huge problem that many people perceive it to be.

Before the ground dries enough to plant, Scharf suggests that growers write down options and contingency plans for nitrogen application. Check with suppliers to see which forms of nitrogen are available and in what quantities. With potential transportation issues because of flooding, check on how fast they can get more. Also check availability of high-clearance applicators and planes as a final option.

Scharf recommends broadcast dry nitrogen (urea with NBPT or ammonium nitrate) as the best option this year if you have significant residue on fields. Broadcast dry nitrogen before planting or any time up to waist-high. Avoid applications of ammonium nitrate after knee-high, which can cause enough leaf burn to reduce yields. Broadcast UAN tends to get tied up on the residue, so it is not a good option on this type of field. Injected UAN is slower than broadcast UAN but still considerably faster than anhydrous.

Broadcasting UAN is fine if you have minimal residue. “This becomes a fast and reasonable option,” Scharf says.

There is little reason for concern over loss due to excessive precipitation if you applied ammonia during the fall, Scharf says. “Most of it was applied late and soils stayed cold and wet. The bacteria need oxygen and warmth to convert ammonia to nitrate, so that probably has gone slower than normal.”