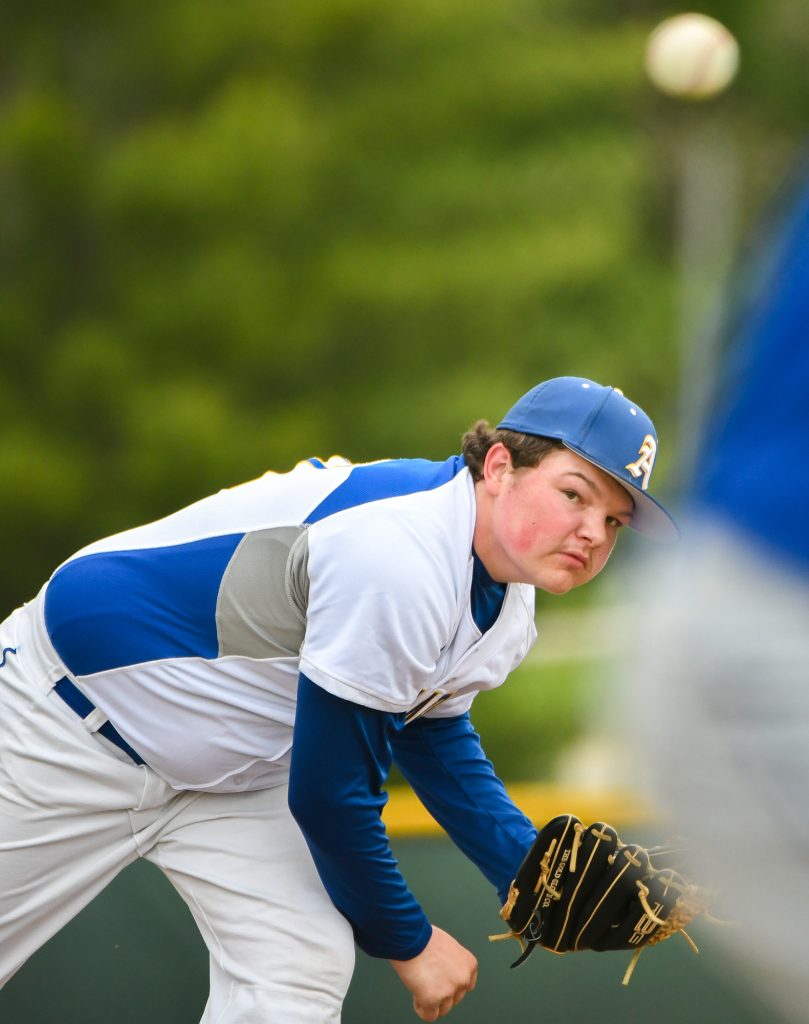 Dodson throws no hits in 70 pitches

Defense leads to wins in nearly any team sport out there. The Bears were able to overcome the Cabool, which fielded at 94.7-percent with only one error. The Bulldogs made good on 18 putouts with 19 chances to make the play and committed only one error.

On the other side of that coin were 25 chances to break-up the Bulldog offense, but only 21 resulted in outs (two on double plays) with three errors committed by the Ava defense.

Not that the Bears are doing bad against opponent batters, the team carries a .897 FCPT this year, but are haunted by 32 errors through the 13 games played this year. 17 of those errors were made in just the last three games.

On Monday, four errors overshadowed a 5-3 victory against Liberty-Mountain View, the Bears committed another seven in the shutout delivered by Mansfield on April 16, and the other six were committed on April 15 against Salem.

Tuesday, the Bears came out victorious against the Bulldogs shutting Cabool out, 5-0, on seven hits.

With Dodson opening-up for the Bears Cabool had a one, two, three top of the first. 14 pitches resulted in two ground-outs and a looker for Dodson who delivered seven strikeouts (three caught staring at strike three).

Garret Forrest relieved Dodson in the sixth and produced another three K’s to close out the game for the Bears, giving Dodson the save and a 4-0 record as a starter.

The Bears’ offense fell-through in the first and second innings with Emerich (.357 AVG, .471 OBP) flying-out to right field after pushing the full count. Skyles (.225 AVG, .295 OBP) whiffed at the fourth look, followed by Johnson (.395 ERA, .500 OBP) who popped one to Bulldog shortstop Braxton Davis.

Zack Miller (.229 AVG, .386 OBP) got a piece of it on the 1-1 pitch from Atkins, but the ball lofted out to centerfield for the second out. Zach Mendel (.265 AVG, .359 OBP) got caught staring at the fourth look, stranding Campbell on a stolen second base.

Dodson lit-up in flames in the top of the third delivering just 11 pitches with three consecutive strikeouts on Cabool’s seven, eight, and nine in the order.

Bats finally started to warm up at the bottom of the third, and on one out. Andrew Dalton (.167 AVG, .306 OBP) flied-out to the shortstop, but the Bears would almost bat around the order before the end of a painful inning for the Bulldogs.

Dodson (.111 AVG, .333 OBP) made the first bag on an error and picked up second in the same breath. At the top of the order, Emerich delivered an RBI single to bring Dodson in and break the blank board with Ava’s first run.

Emerich, made his tenth base steal, putting him in scoring position at second base. Two passed balls on Cabool catcher Quincy Flanagan led to Emerich earning his 17th run of the season, putting the Bears ahead by two.

Skyles made up for a first inning strikeout by making first on a drive to left-centerfield and was brought-in by speedy senior Caleb Johnson who popped one into a hole in right field for his second triple and eighth RBI of the season.

Johnson camped on third through Myers’ at-bat, walked to first only to deliver his fifth stolen bag before Campbell flied-out to second base on the 0-1 pitch.

Two on and two out, the Bears needed to work some of their “two-down magic” to put a couple of insurance runs on top of the 3-0 tally on the board at Kerr Field.

Cue Zack Miller with a fair drive along the third baseline for a two RBI double after Johnson and Myers tapped home driving the Bears into a comfortable 5-0 situation.

Double plays in the fourth and fifth kept Cabool off the diamond and off the scoreboard.

Johnson came close to making another run and earning another stolen base, but was caught stealing home after a single, a steal, and a fielder’s choice put him on third. The catch by the Bulldog defense meant Johnson was the third man out to end the fifth inning, stranding Miller at second.

Two more strikeouts from Dodson put him at 70 pitches in Tuesday’s game, requiring three days off of the mound according to the Missouri State High School Activities Association’s citation of NFHS Rule 6-1-6 which established a pitching restriction policy that started in the fall of 2016.

Dodson walked back to the dugout with 43 strikes and 27 balls, putting-out five leadoff batters averaging just over four pitches per batter faced.

Reliver, Ava senior Garret Forrest, closed-out for Dodson with the last 21 pitches of the game throwing 13 strikes and eight balls. Picking up three strikeouts along the way, Forrest ended the game on a high note for the Ava defense when Logan Primanzon whiffed on the 2-2 pitch to end the game, 5-0, for the Bears.

The Bears improve to 10-3 overall and maintain their perfect, five SCA Conference win streak with Thayer (away on April 26) and Willow Springs (away on May 9) left in Ava’s season.

According to the MSHSAA schedule for the Ava Bears, the team will travel to Thayer (3-9 overall) on Friday followed by a trip down Highway 76 to Forsyth (4-11 overall) on Monday before hosting Gainesville (8-11) on Tuesday at Kerr Field and closing-out the month of April. 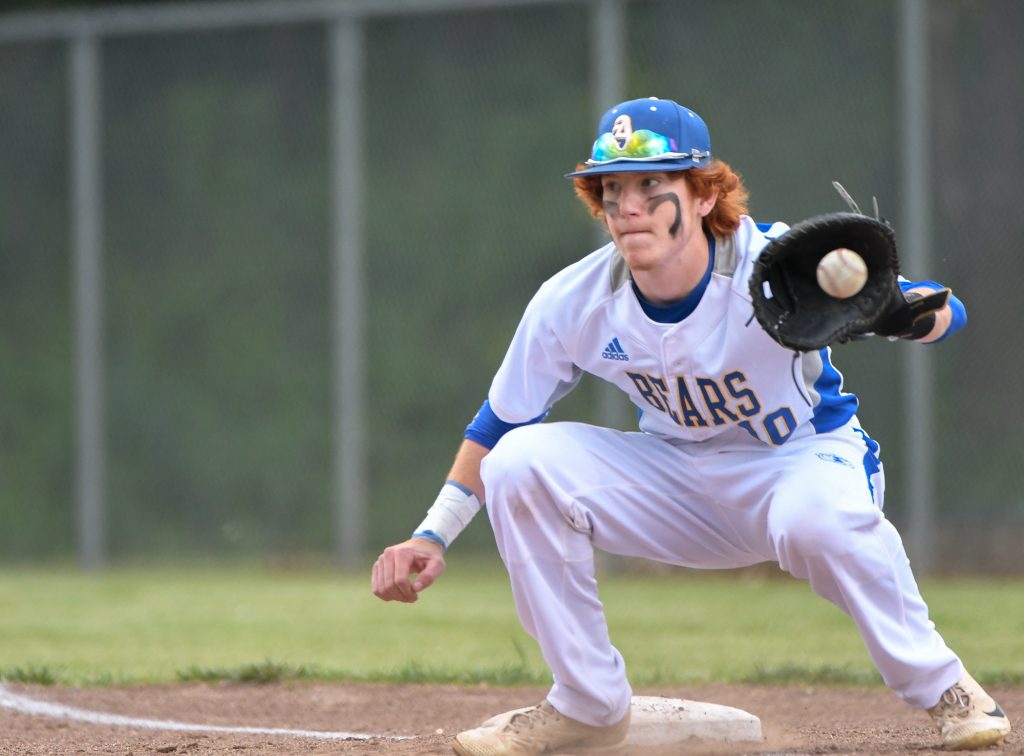 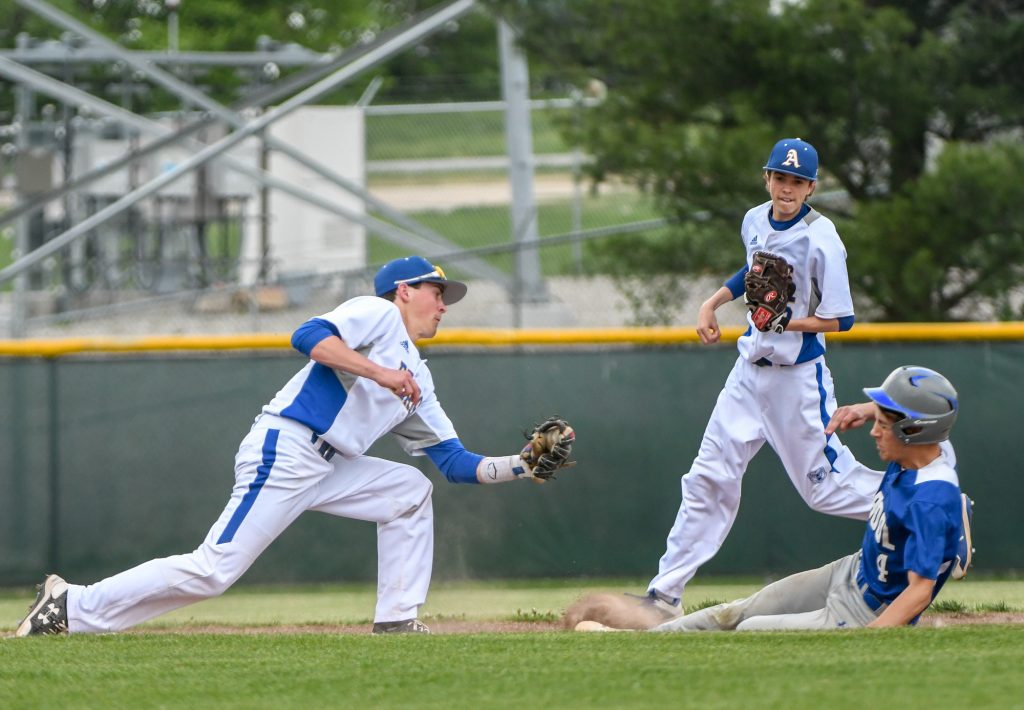