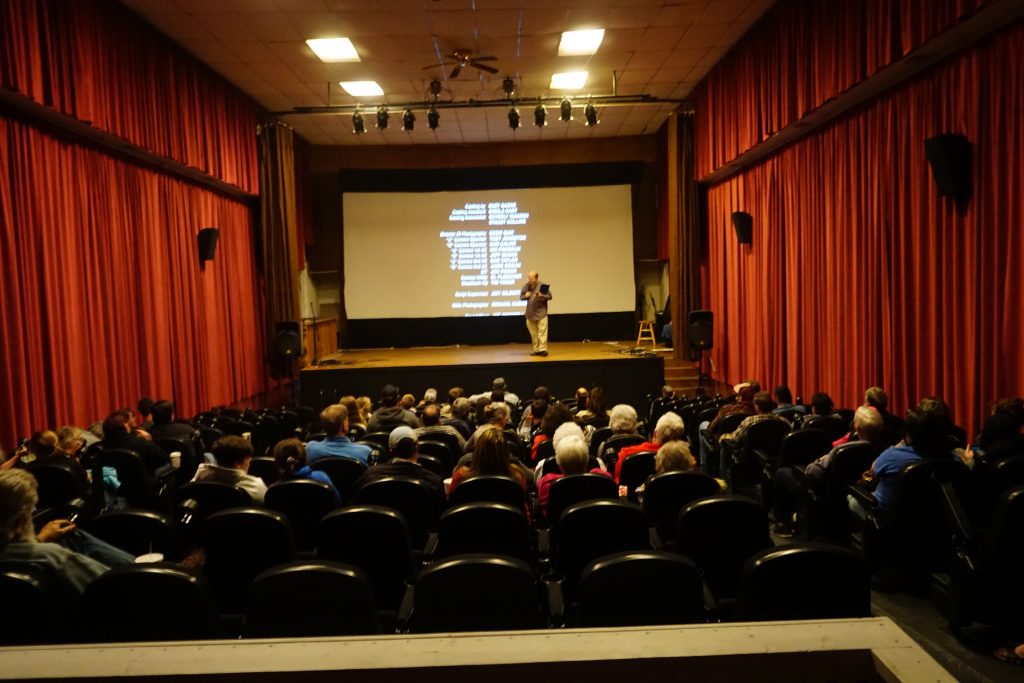 The Ava TrueView Family Theater was the scene of a pro-life rally Tuesday evening, with approximately 80 people in attendance.  The event was a fundraiser for the Options Pregnancy Clinic located on the Ava Square.

The rally was centered around the prescreening of the newly released Christian movie entitled, Unplanned. Unplanned is the dramatic true story of a former planned parenthood director who has a life altering realization about abortion.

According to comments from those who viewed the movie, the production is deeply moving and impactful.

Following the movie, Mary Seewald, executive director of Options Pregnancy Center of Ava, provided insight about the local Center and updated the crowd on how the Center helps women in need.  Seewald noted the clinic walks alongside each woman during their journey, and with their guidance, each client has the opportunity to attend classes and grow in knowledge of parenting, child care and relationships.  One of the purposes of the Center is to provide the tools women need to be the best parent possible.

The Center is available to expecting  clients 24/7, but also welcomes women with babies under one-year-old.

Seewald said the most prevalent group receiving assistance at the Center is between the ages of 24 – 30 years old.

She noted this year has been a productive year, as help and assistance has been extended to 38 clients.

The Center focuses upon helping, but it also strives to direct women to the resources they need, to connect them with medical care, prenatal care, and relationship tools that will assist in stopping the cycle of bad choices.

Locally, the Center partners with Dr. Taylor at MOCH for prenatal help.

The Options Pregnancy Center (OPC) in Ava opened in 2005, and most recently in December 2018, the local group was able to establish a satellite location in Gainesville.  Last year,  OPC provided 21,000 diapers to babes in need, assisted 79 clients, and helped 21 women give birth to a healthy baby.

Seewald stressed it is time to stand against abortion and residents are needed to be part of the solution.  She advised “we need to be a voice for the voiceless.”

In addition to Mary Seewald, Emily with the Life Meant to Live, a pro-life non-profit organization in Springfield, Mo. also spoke.  Emily said at Life Meant to Live, each counselor is a qualified ultrasound technician.  At their clinic, in the past five years, they have saved 573 babies from abortion.  She said statistics show over 98% of women change their mind about abortion after witnessing sonogram results.  The Springfield clinic holds firmly to the premise “seeing is believing.”  Consequently, their goal is to show women the life they are creating within their uterus, and provide accurate information on fetal development.  The clinic also offers outside counseling and other organizations who will provide help to those who are pregnant, unsure and unprepared.

Tom Martincic, director of the TrueView and True Brew non-profit group Bread of Life Giving and Sharing, served as emcee for the evening event. Martincic said the movie, Unplanned, will return to Ava for a week long showing on April 5.  The movie is being officially released nationwide on Friday, March 29.