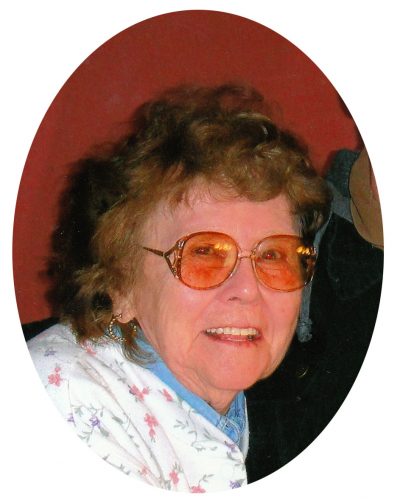 On October 10, 1942 Pauline and Virgil Lowell Adams were united in marriage at Selah, WA and to this union they were blessed with six children. Pauline was a Homemaker. She enjoyed cooking, gardening, canning, quilting and helping out on the farm. Her love was being with her family and especially her grand and great grandchildren.

Pauline was a Christian and a member of the Bethel General Baptist Church.

Pauline was preceded in death by her parents, her husband Virgil in 2005, eight brothers and sisters, and a granddaughter, Dana Sowards.

Funeral services for Pauline were Saturday, March 23, 2019 at 2:00 p.m. in the Clinkingbeard Chapel, Ava, MO with burial following in the Bethel Cemetery. Visitation was prior to service Saturday from 12:30 p.m. to service time in the funeral home. Officiating was Rev. John Comer and Rev. Jeff Marsh. Memorials may be made to Bethel Cemetery.  On line condolences may be made to www.clinkingbeardfuneralhome.com.