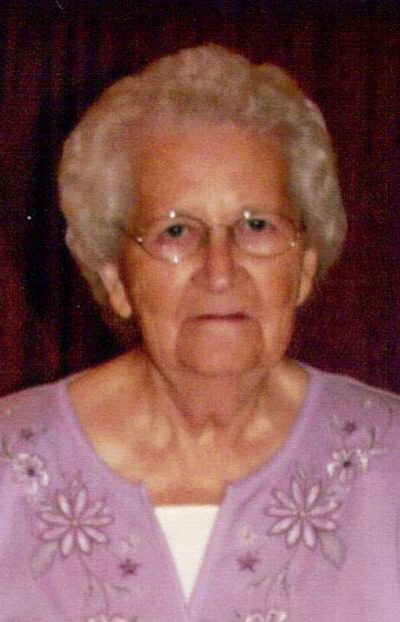 Chloe was born March 25, 1930 in Chandler, OK to Samuel and Georgia (Griffith) Pellham.

On January 7, 1949 Chloe and Eugene Wilson were united in marriage in Ozark County, Mo and to this union they were blessed with five children.

Chloe was retired from working at Emerson Electric. She was a Christian and a member of Sandy General Baptist Church. She enjoyed gardening, flowers, making quilts, reading, and her family.

Chloe was preceded in death by her parents, her husband, Eugene, her son Howard, her daughter Donna Witchey, a son-in-law Lloyd Witchey, five brothers and one sister.

Funeral services for Chloe were Saturday, March 23, 2019 at 10:00 a.m. in the Clinkingbeard Chapel, Ava, MO with burial following in the Union Grove Cemetery. Visitation was Friday, March 22nd from 6:00 p.m. to 7:00 p.m. in the funeral home. Officiating was her son, Rev. Dwight Wilson and Rev. Jack Clemans. Memorials may be made to Union Grove Cemetery or Griffith Cemetery. On line condolences may be made to www.clinkingbeardfuneralhome.com.