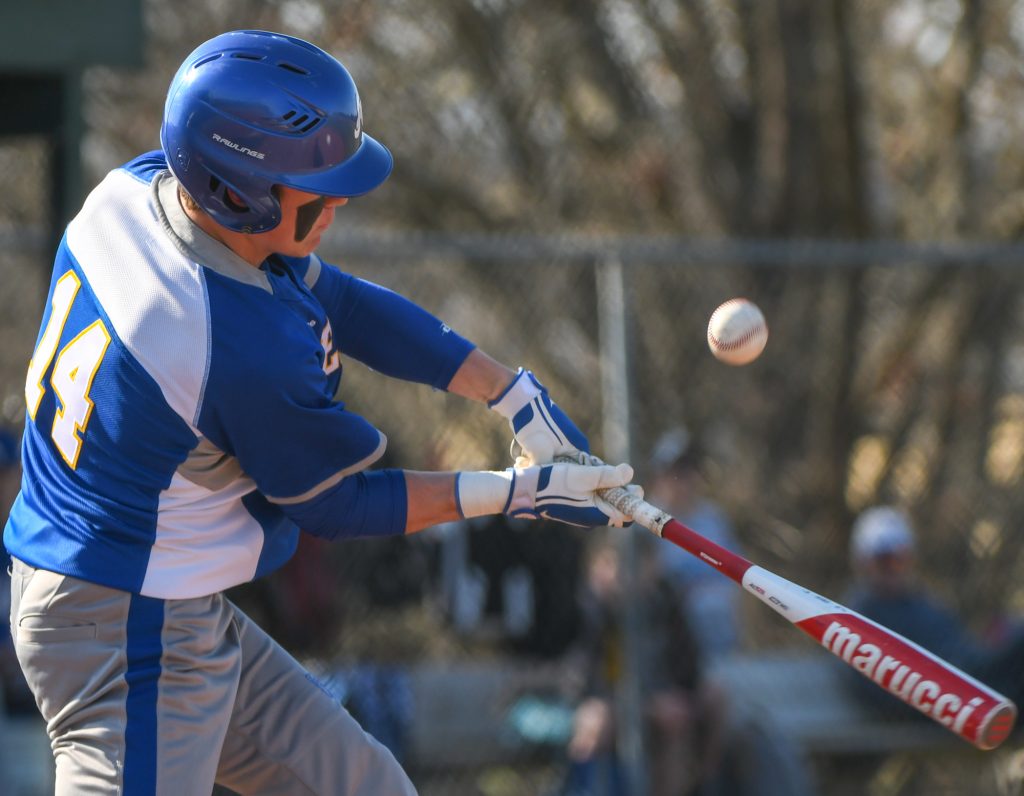 After a disappointing 9-2 home opener against Hollister last week, the Ava Bears redeemed themselves in front of the home crowd with a 5-3 victory over West Plains on Wednesday, March 26.

Coming-off a 3-0 tournament record in the Cabool Tournament, the Bears were scheduled to play Monday, but foul weather made both Ava’s and Mansfield’s fields too sloppy for game play.

That game has been rescheduled for April 16, following a home game against Salem.

The opening pitch was delivered by Bryse Dodson against West Plains pitcher Jacob Ackerson who was able to battle to a full-count before a 4-3 play put Ackerson out at first. A welcome start for the Bears.

Caleb Johnson started a big game for the returning senior, tagging-out Haiden Barnard at the plate before he could even get a running pace going on the attempt at first.

Third in the order, Bo Crites reached first on his second look. A hit by the 4-man, Hunter Burtum grounded to Ava shortstop Tom Emerich, who made the play at second to pick-off Crites to end the top of the first.

Ava was able to make five appearances at the plate in the bottom of the first, Emerich and Spencer Skyles flying-out to center field and the pitcher, respectively.

Caleb Johnson hit a line drive to left field at his first at-bat and was pushed to third by a double on a West Plains error giving second to Zack Miller.

Andrew Dalton battled to the full count but was put out with a drive straight to the glove of Zizzers third-baseman Bo Crites.

CRACKING BATSWest Plains answered with five appearances at the top of the second, Garrett Warren reaching on an error scored against Ava third baseman, Zack Miller. Dodson pulled a called strikeout on Evan Kinder. Jonathan Bibb reached first, but was stranded by a 6-3 and a swinging strike to close-out their turn behind the plate.

Designated hitter Kaden Myers started off a full-circle on the Ava batting order in the second. A drive to right field got him to first and he was able to take second on a bad pick-off attempt. Carter Campbell would be the first out of the second for the Bears, followed by a sacrifice bunt that turned out to be a hit after hesitation by the Zizzers’ defense.

With runners at the corners Payton Evans gave up the K, but the Bears returned to the top of the order with Emerich, Skyles, and Caleb Johnson up.

Emerich batted for an RBI double, bringing-in Myers for the first run. Skyles made first on a drive to left field, picking up two RBI’s and picking the Bears up to 3-0 with runs in from Emerich and Zach Mendel.

Skyles stole second, giving space for Johnson to reach first on balls. Fourth in the order, Zack Miller made-good at-bat with a double and driving in two more runs from speedy baserunners Skyles and Johnson.

Dalton grounded-out to the West Plains first baseman for the third out, but the Bears had already dealt the damage leading the Zizzers 5-0.

“We got a couple of people on and so forth and we got a couple of bunts down and we were stealing, said coach Rex Sawyer in a post-game interview. “Their catcher… I don’t know if he’s got a sore arm, but we were getting a good read on the pitcher. We’ve got a pretty fast group so that really helps on the stealing.”

At the top of the third, the West Plains order started at the top with Ackerson flying out to centerfield. A similar hit would make a bounce and put Haiden Barnard on first.

A crack of the bat by Zizzers’ hitter Bo Crites brought in Barnard who circled second and third with wheels on a single RBI for Crites.

Hunter Burtrun flied-out to right fielder Andrew Dalton who made a diving catch to keep runners in place. Garrett Warren hit a drive to left-center field, bringing in once more run with Crites completing the box in the scorebook. A 6-3 play on Evan Kinder finished the top of the third for West Plains.

Kaden Myers reached first on balls, but a 6-3 put-out on Carter, a called strikeout on Mendel, and a fly-out to center by Payton Evans stranded Myers at third in a 6 through 9 bottom of the third.

The score at 5-2, the West Plains Zizzers needed some answers that would never really come to help them top Ava going into the fourth inning. A run from Bibb, betted in by Ackerson would be the final run for West Plains who was stopped short by an off-balance 6-3 put out of Ackerson to save the sixth from another West Plains run by James Snodgrass.

Caleb Johnson closed the game, starting in the fourth and relieving Dodson after three to seal the game for the Bears.

Dotson is credited with the win, but he picked up two earned runs in the process.

“You know West Plains is a good ballclub,” said Sawyer. “Bryce threw a good three innings and we knew if we could bring Caleb at the end (that) we’d be pretty comfortable. A little small ball got us going there in the second inning. I’m a little disappointed at the end when we weren’t hitting the ball. I know (Haidan Barnard) is throwing a curve ball, but you got to be able to hit a curve ball if you’re going to go on into later down the road. So we’ll go to work on that.”

The Bears face SCA Conference rival Mountain Grove in their next game on April 1 on the road followed by another away game against Springfield Central on April 2. 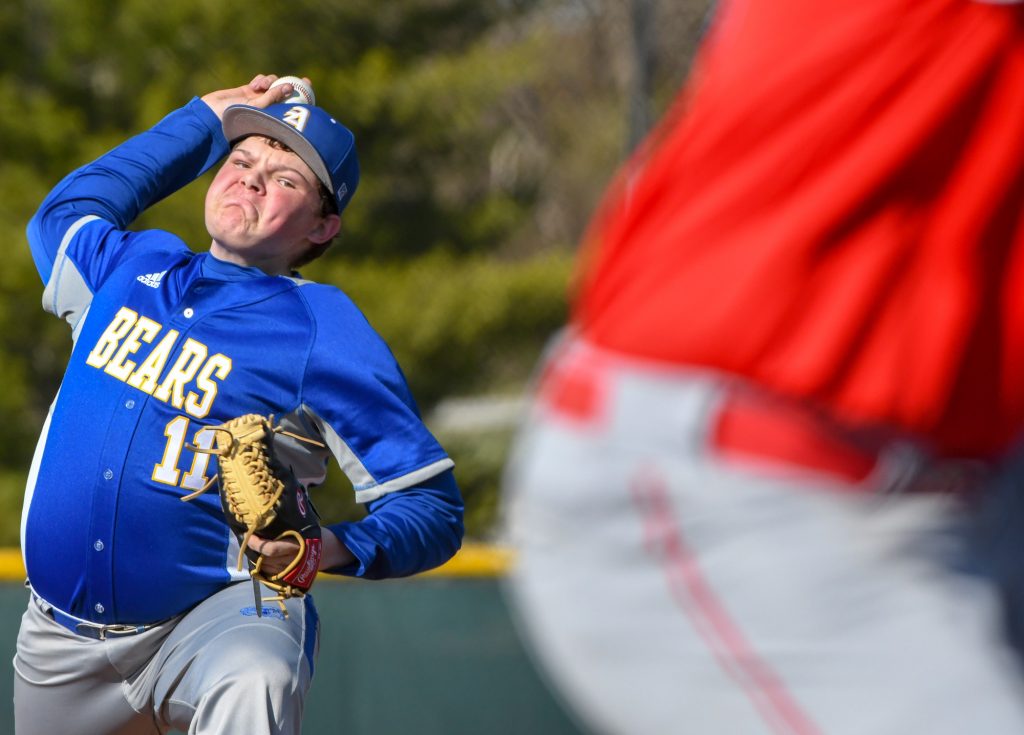