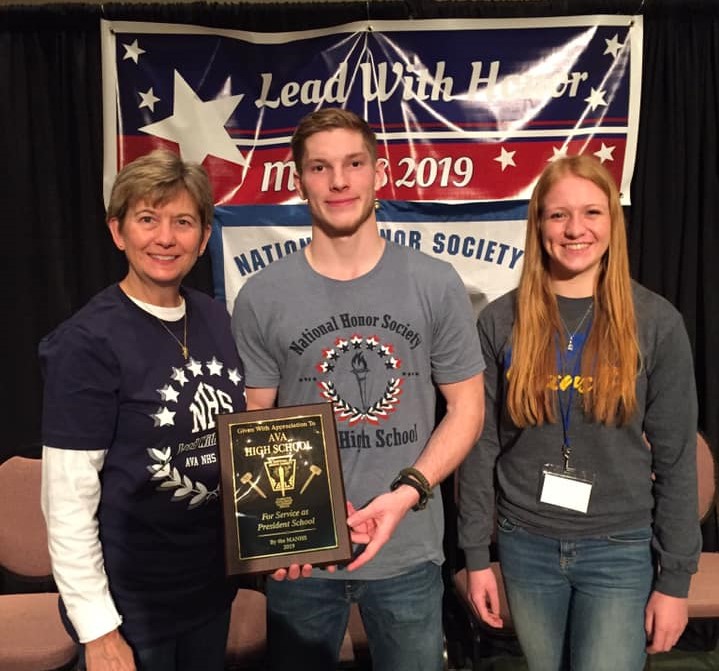 Over 340 NJHS and NHS members and student advisers representing 25 schools from across Missouri attended the conference.

The conference theme was “Lead with Honor” a premise derived from a quote by former President Calvin Coolidge who said, “No person was ever honored for what he received. Honor has been the reward for what he gave.”

One goal of National Honor Society members is to aspire to earn honor through service to others. 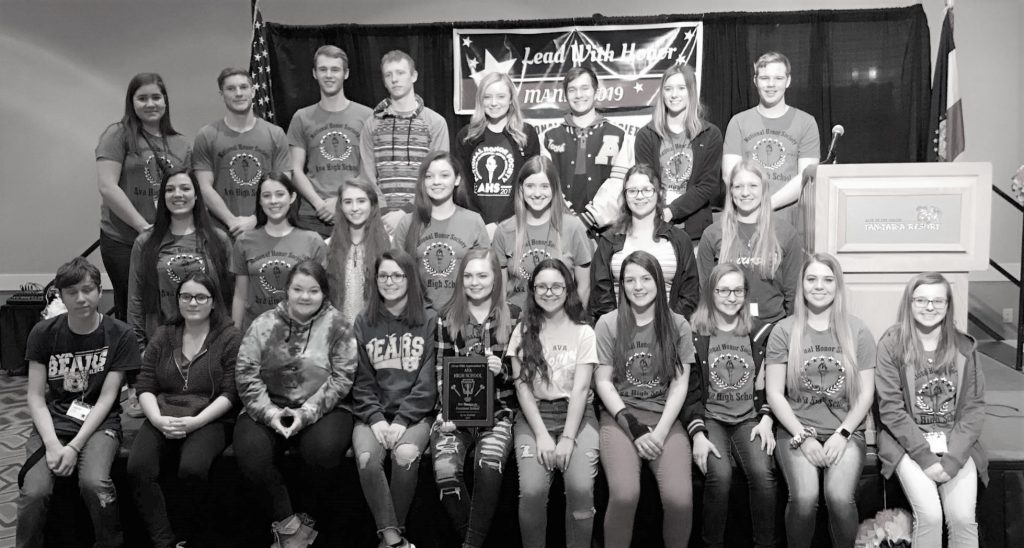 Ava’s group is shown above holding the special plaque the members received for serving as the State President School.

Keynote speaker for the conference was Aric Jackson who shared his experiences growing up in a small suburb outside of Chicago on welfare to being televised internationally in 69 countries, with 2.2 million viewers.  Jackson has made a commitment to make a difference in the lives of youths, such that they take on their Dreams, Achieve Them and Pass It On to others.  His goal is to not only provide inspiration for growth, but also tangible tools to grow a dream and make it reality.

Following dinner, the students explored many activities available at the Tan-Tar-A resort, including a dance hosted by DJ Coby Ayers. 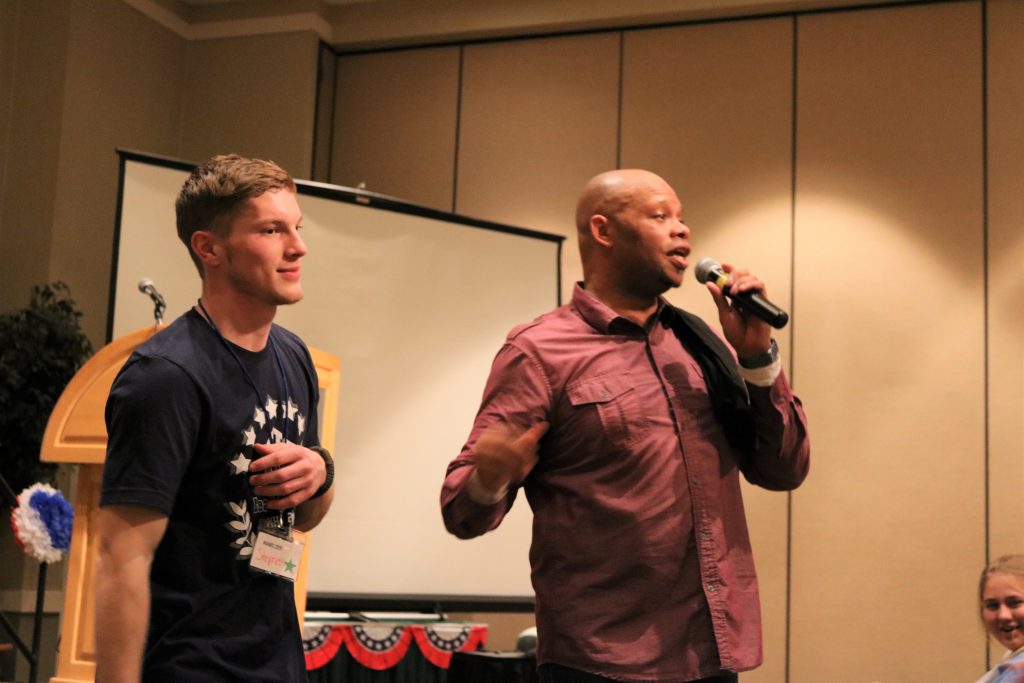 Stephen Copeland, president of the Ava Chapter, is shown above with Aric Jackson, an inspirational speaker.

During the convention, MANHS members made 319 para-cord bracelets for Operation Gratitude, an organization that distributes the bracelets as a gesture of appreciation to troops and first responders.