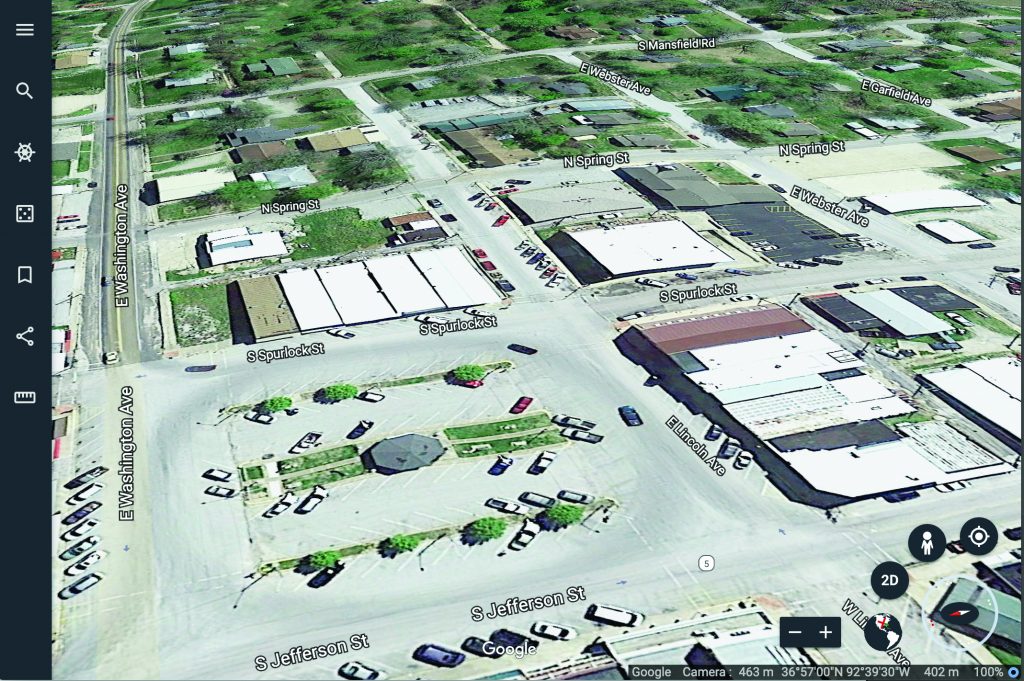 Google has been quietly changing Ava street names from old to new.

Updates started appearing just over a week ago and are found in Google Maps, on Street View and in Google Earth. Driving directions generated using Google Maps will now provide users with street names that match the physical signs in town.

Google is the first consumer-facing mapping service to update to the new Ava street names. Mapquest, Bing, and Apple maps continue to show the previous system of numbered streets and avenues.

Which raises the question: How do street name changes get from city hall to Google (and the others)?

Let’s start with the official responses.

“We’re continually adding data, and working closely with our map data providers to bring a great mapping experience to our users,” said a Microsoft spokesperson. “Please send us feedback about missing data using the feedback tool in the product.”

“We receive these types of updates from TomTom, which we ingest on a quarterly basis,” said Leila Qualheim, Head of Communications and Marketing for Verizon Location Services (which owns Mapquest). “Since TomTom has the correct street names, we expect the updated names to come through in our next ingestion.” Verizon didn’t respond to a Herald request for a specific ingestion date.

“We use a number of different sources to accurately model the constantly changing real world. The data that powers our map is derived from authoritative 3rd party sources, contributions from users, and Street View and satellite imagery,” said a Google spokesperson. “Overall, this provides a comprehensive and up-to-date map, but when there are inaccuracies, we work to address it as quickly as possible.”

Google responded to the Herald inquiry by requesting an updated Ava street map. Local residents, the City of Ava, and the Missouri Department of Transportation have also submitted change requests to Google since the street name change.

Apple, Inc. didn’t respond to a Herald inquiry about its Maps product.

Lurking within those official responses are clues to the realities of the Geographic Information Systems (GIS) ecosystem. Any mapping app you use on your computer, phone or GPS gets data from a vast and varied combination of sources. Among those sources may be consumers, county assessor offices, state-level GIS offices, or other private businesses.

Along with TomTom, Mapquest also uses Mapbox, another GIS provider. Mapbox, in turn, gets some of its data from OpenStreetMap.org, a crowdsourced mapping project supported by consumers.

Now consider the amount of street data that changes on a given day. Roads are abandoned. New subdivisions are developed. Street names change due to a 911 implementation, or because the old street name is no longer politically-correct.

And then? Helping you navigate around town is only one use of this GIS data. Cities and counties want to document where water, sewer, and electrical lines run. Firefighters want to know where one district starts and another ends. School districts want to map their boundaries. Self-driving cars are becoming a thing.

There’s also a US Census scheduled for 2020. According to its website, “The Census Bureau will continue to improve its use of mobile technology, geospatial innovations, and internet self-response.”

So – lots of data sources. A constant stream of changes. And a world growing more dependent on GIS data every day. Combine that complexity and it answers the question: “What took Google so long?”

Drew Fioranelli is the President of the Geospatial Information and Technology Association based in Englewood, Colorado.

“Many of the GIS providers have data sharing agreements in place,” he said. “Those agreements define how often data gets updated. Google may only reach out once a quarter or every six months for updates.”

Rural areas like Douglas County can take longer since the data changes less. “Fauquier County in Virginia has had an in-house Addressing Coordinator for almost two years.” Fioranelli said. “Their changes aren’t showing up yet either.”

Cheryl Benjamin of Cheryl Benjamin Consulting agrees. In her work as a Cartographer and 911 Implementation Consultant she’s helped a number of cities through the street name changing process. “It’s a trickle-down process that takes time to reach consumers,” she said. “It can be worse for in-car navigation systems because they probably need to go in to the  dealer for an update.”

After nearly two years, that trickle-down of Ava street data is currently mid-stream. The Herald identified five major mid-stream GIS data suppliers that supply data to the apps consumers use. Of those, three had completely implemented the new Ava street names. The other two suppliers showed the new street names in some of their products but not others.

According to the recent Herald survey, over 75% of Ava residents use Google for navigation.

Now that the data trickle has reached the most popular mapping provider, residents will have to carefully consider whether it’s worth another two years of frustration to change the street names again.