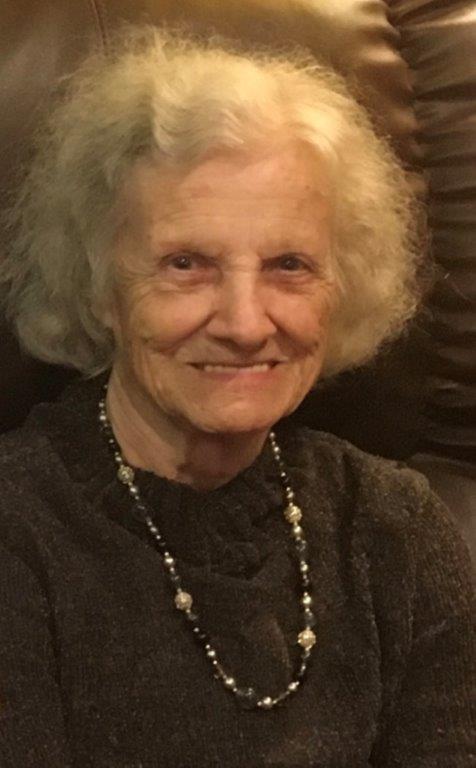 Jessie Opal Towe passed away on Thursday, March 7, 2019 at the age of 90 at her home in Olathe, Missouri. Opal was born on November 20, 1928 at the home of her parents, Jesse Hobart Hull and Violet Opal (Goodman) Hull.

Opal attended high school at Norwood and was salutatorian of her class. She married Robert Medley Towe, Jr. on May 8, 1946, and they enjoyed 72 years together. They lived in Olathe throughout their marriage, except for one year spent in Iowa. They had four children: Wayne, Cheryl, Vicki, and Rick.

Opal became a stay-at-home mother who worked constantly to provide a comfortable home for her family. She would spend hours canning food, raising chickens, churning butter, milking cows, and doing all the other chores that went along with country living. She worked one year at Tobin-Hamilton Shoe Factory in Mansfield. Until the last several years, she loved quilting and embroidering, which resulted in treasured keepsakes for her children and grandchildren.

Opal and Bob enjoyed traveling with their neighbors, Marvin and Annabelle Walker. They visited several states, as well as Mexico and Canada. The two couples also spent many weekends going to square dances together.

Opal was saved at an early age, and she, Bob, Wayne and his wife Nancy, Cheryl, Vicki, and Rick were all baptized together in 1967 at High Street Baptist Church in Springfield, Missouri. Opal and Bob joined the membership of Cumberland Presbyterian Church in Mansfield, Missouri on April 9, 2006.

Opal is survived by two daughters Cheryl (Tom) Steffens of Kansas City and Vicki Blankenship of Mansfield; one son Rick (Kathy) Towe of Strafford; a daughter-in-law Nancy Towe of Rogers, Arkansas; one brother Lyle (Carol) Hull of Norwood; one sister Jean Hull of St. Joseph; and a sister-in-law Karen (Bob) Sanders of Springfield.

After Bob’s retirement, Bob and Opal spent a lot of time with their many grandchildren and great-grandchildren. They both loved holding babies. Opal also loved to watch her favorite soap opera “Days of Our Lives” and the weekly “Dailey and Vincent” show. Opal was a kind lady who never said anything bad about anyone. She will be deeply missed.

Arrangements were under the care and direction of Holman-Howe Funeral Home in Mansfield, Missouri.