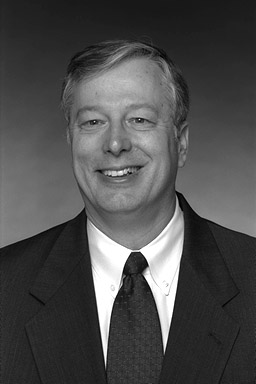 My name is Frederick (Fred) Dechow. I am a Christian Constitutional conservative who was born in a small town in the Midwest and, after a professional career with chemical, pharmaceutical and biotechnology companies across the country and the globe, returned to my roots by moving to a small farm outside Ava eight years ago.

After high school I was recruited to the University of Hawaii, where I received my B.S. in chemistry. Three years later I received my Ph. D. in physical chemistry from Iowa State University.  Following my military service with the Army Chemical Corps, I joined the corporate world where I rose through the ranks to become President of four different biotechnology companies.  During that time, I served on the board of several companies and taught science and business courses at the university and corporate level. Since retiring, I have been teaching at Victory Academy, first in Ava and now in Seymour.  My areas of expertise include all the physical sciences, American and world history, government, finance and accounting, foreign languages, and of course, English.  I also served on the 2014-15 Missouri Academic Standards WorkGroup.

Why I am running:

In the national news, I read with disgust the disciplinary actions taken against some teacher or student who was merely standing up for the truth and the moral values upon which this country was founded.  Moreover, the education system ostracizes teachers who try to provide an education, not indoctrination, to the student.  Jefferson City and Washington seem to need reminding that the people are the source of the government in this country.  Your local school board should represent you and your values, while facilitating the educational efforts of the school faculty and administration.  If elected, I will work to push back against the state and federal educational bureaucracies so that these un-American policies do not come to Douglas County.

Thank you for your support.

Paid for by Frederick Dechow