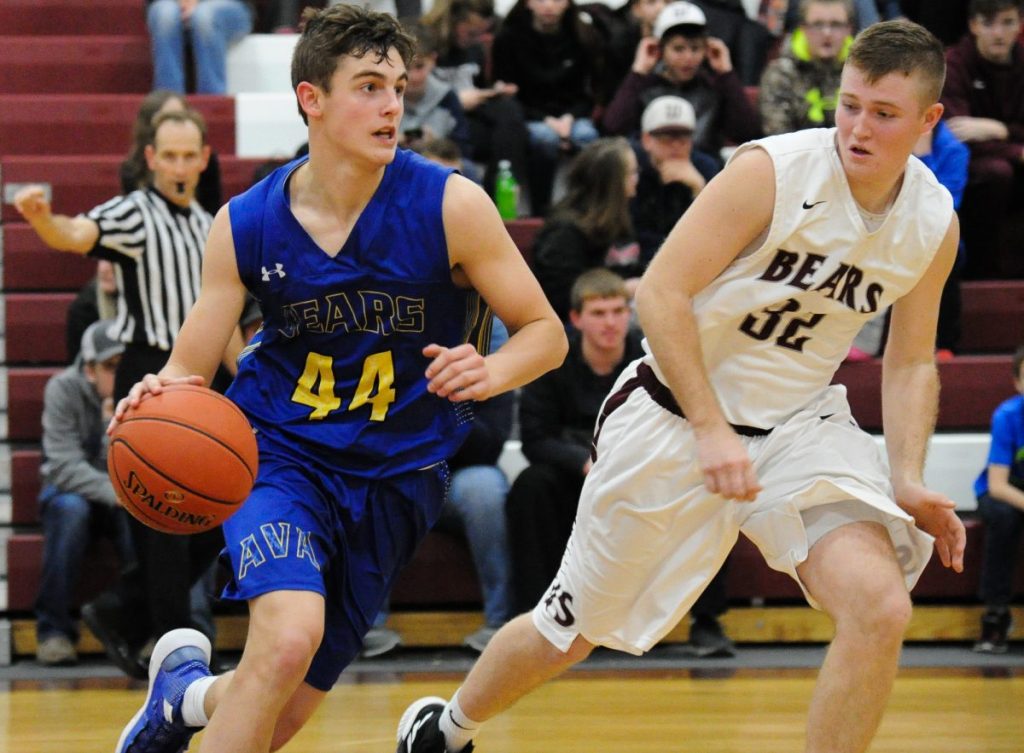 CLEVER – After a much-improved performance against Springfield Catholic, the Ava Bears walked away with heads held on high despite the 79-57 loss to the private school.

Last time the teams met, the Bears didn’t have an answer for the Fightin’ Irish but held on and even out-scored Catholic 18-15 in the second quarter of the opening Class 3, District 11 match.

Since then, the district committee has voted and released the names of players included in the All-District teams.

Andrew Dalton is among them. The freshman had a very successful year playing on all 25 season games with a field goal shooting average of 57.6-percent for a total of 300 points from twos and 93 from threes.

Shooting at 76.2-percent from the stripe, Dalton added up to 486 points in his freshman year. He has also been a team-player, credited with 80 assists as well as excelling on defense.

In the game against Springfield Catholic, Dalton was contained to 17 points with the Fighting Irish well-aware of his abilities on the court. With a season-high of 34 points, it was apparent that the Irish defense was intent on keeping the freshman covered. Through four quarters, Dalton sunk six twos, a three, and shot 2-for-2 at the stripe to end the season.

The awards list is determined by a committee representing District 11.

Coach of the year – Dustin Larsen of Springfield Catholic

Coach of the year – Steve Frank of Strafford