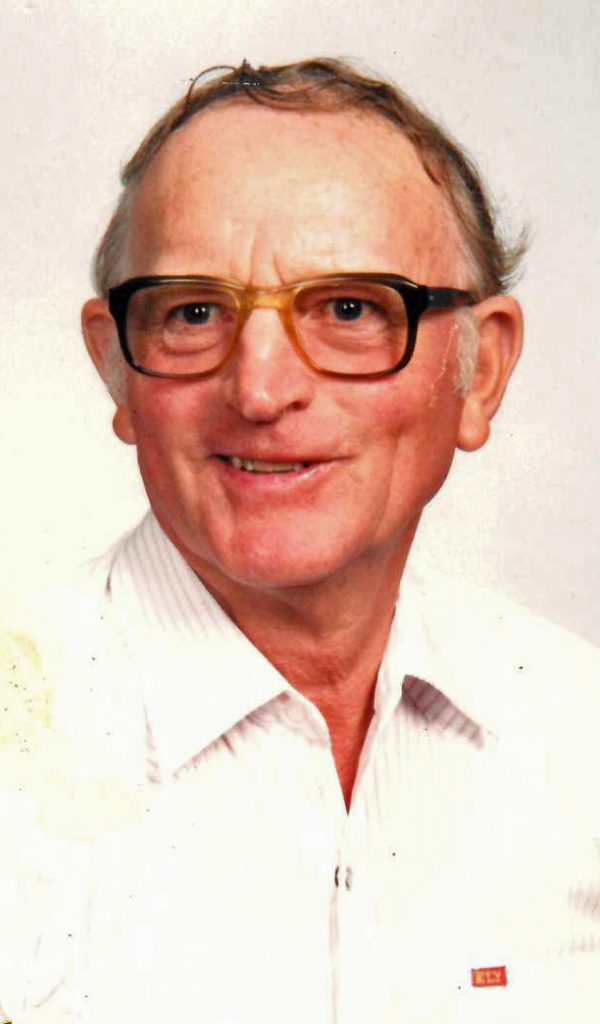 James William Irby, 94 years, 4 months, 28 days old, of Ava, Missouri, passed away on March 1, 2019 at the Heart of the Ozarks Healthcare Center with family by his side.

Jim was a U.S. Army veteran and served during the Korean War.

On October 29, 1949 Jim and Mary Christine Davis were united in marriage in Arkansas and were blessed with three daughters, Charlotte, Regina and Teresa. Christine preceded in death in 1964.

On December 2, 1972 Jim and Colene Newton Cudworth were united in marriage at Ava Highway Church of the Nazarene by the Rev. John Moles.

Jim owned and operated Davis/Irby Tire Shop in Ava for many years.

He was also a Farmer. Jim was a Christian and a member of Ava Highway Church of the Nazarene. He’s also a member of the Troy Herd American Legion Post 112. In earlier years he served on the Ava Area Ambulance Board. He enjoyed gardening, raising flowers, raising bees for honey, bowling, hunting, and being with his family and especially grand and great grandchildren.

Jim was preceded in death by his parents, his wife, Christine, one brother, Herman, and one sister, Glendora.

He is survived by his wife, Colene of the home in Ava, six children and their spouses, Charlotte & Keith Moore, Regina & Gary Robertson, Teresa & Leroy Stillings, James Edward “Eddie” Irby, Gary & Shawna Cudworth and Pat & Edward Nunnally, many grandchildren, several great grandchildren, one brother, Ross Irby, sister-in-law, Viola Irby, many nieces, nephews and a host of other relatives and friends.

A private family burial will be conducted at the Ava Cemetery. Family requests in lieu of flowers memorials may be made to Girdner Cemetery or Gideon Bibles. Services are being conducted by Clinkingbeard Funeral Home, Ava, MO. Online condolences may be made to www.clinkingbeardfuneralhome.com.