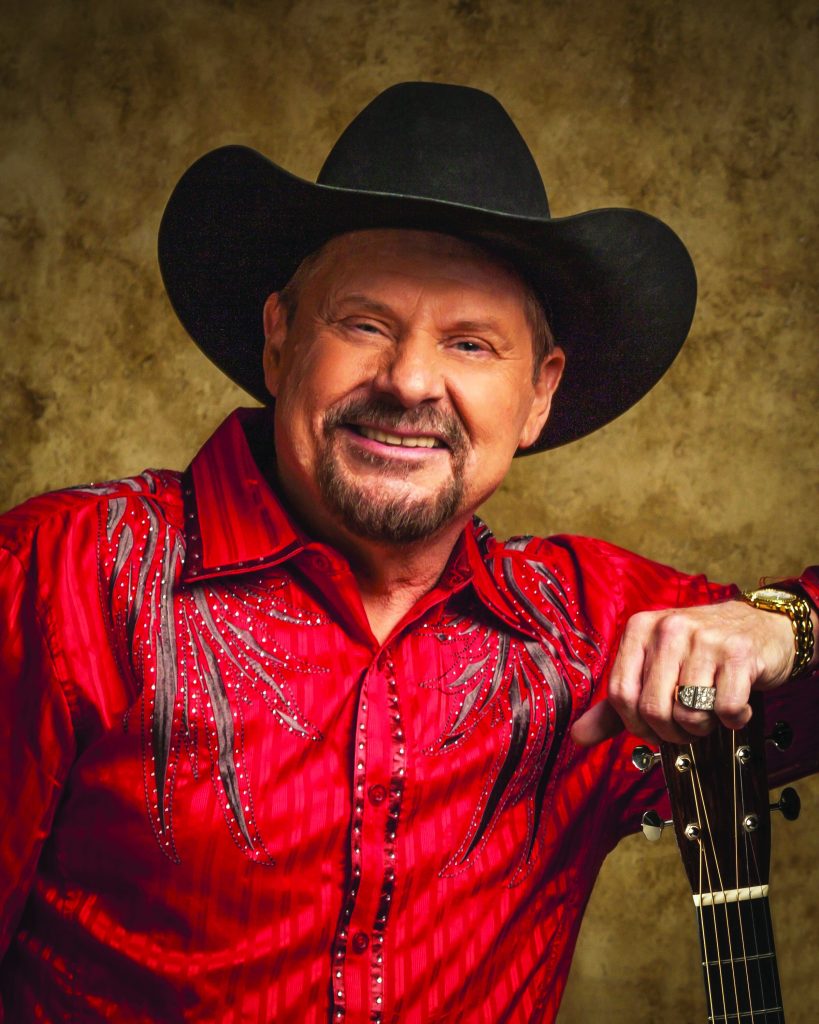 Forsyth, MO—“Music takes you places you never dreamed you would ever go,” according to Moe Bandy, country music legend and local area resident who spoke at the Branson Centennial Museum’s Tuesday Talk on February 19, 2019.

Community friends old and new gathered to hear about Bandy’s special relationship with our country’s 41st President and his family. President Bush loved country music in general and one song in particular, “Americana,” the first single released from Moe Bandy’s No Regrets album in January 1988.

Bandy’s friendship with the Bush’s developed on the campaign trail, when the song was used heavily at rallies across the country. Bandy recounted his first campaign stop in Chicago when the organization did seven rallies in one day. By the time Election Day arrived, Moe was invited to sit with the President, his family and team to watch the results come in that evening. “And he never forgot we helped him,” recalled Bandy including Loretta Lynn and Crystal Gayle who also made regular appearances on Bush’s campaign trail. Bandy describes his late friend as a good citizen, very sincere with a real love for people and country music.

“I remember him asking me once what George Strait was like, before he had met him. But we never talked about politics,” recalled Bandy. “We talked about everything except politics.”

One day President Bush asked about Branson, where Bandy had recently established his own theater. Bandy’s description must have been stellar. Not long after President Bush called to make arrangements for a visit to Branson, a campaign rally at Silver Dollar City and a show at Moe Bandy’s Americana Theater in August 1992. It was the area’s first and only visit by a seated President of the United States.

“When he came to Branson,” Bandy recalled, “that was the ultimate.”

Quite a statement from Bandy, considering that through the years Bandy golfed, shot skeet, visited Kennybunkport,  the White House, Camp David and the Greek Islands with the Bush’s. Many of the occasions included a song or two by Moe from stage, or as part of a casual jam session.

These stories and many more are chronicled in Moe Bandy’s recently released autobiography, Lucky Me, which includes a foreword written by former First Lady Barbara Bush. Told in Bandy’s own words, Lucky Me includes backstage stories of other country music legends, his battle with alcoholism, his love of the rodeo and details of his 30 year friendship with President George Bush and First Lady Barbara Bush. The book features 250 rare photos from Moe Bandy’s storied life, including several from Branson. The book is now available at the Branson Centennial Museum.

This Tuesday Talk was the fourth in a series presented by the Branson Centennial Museum and White River Valley Historical Society.