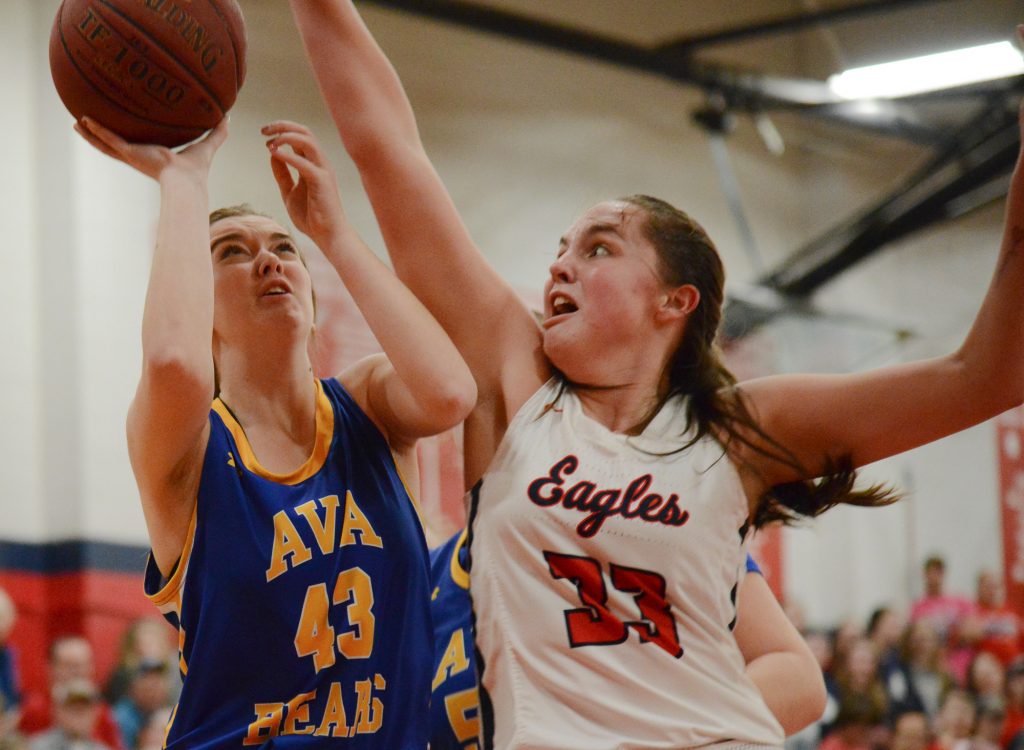 MOUNTAIN VIEW – The Lady Bears had to finish the season out-matched against the number 20 team in the state of Missouri with a Division I college prospect at the helm. At 24-2, and out-right South Central Association champions, the Liberty Lady Eagles had the deck stacked against Ava.

“They are a very good team,” said coach Nathan Houk. “Their length and height really bothered us. They blocked a lot of shots and we had a hard time scoring against them.”

The Lady Bears, unable to contain Francis, also found themselves in a whirlwind of shots from various players on the Liberty bench for the other ten.

Claire Fossett and Ashton Bewley were able to squeak in for a field goal apiece, the other three points made on fouls drawn from the Liberty defense for a total of seven points.

“We turned it over too much,” said Houk. “Our second through seventh possession, we were turning it over. And for no reason. We called timeout and took care of that, but it put us in a deficit. We were in the hole, in a bind, and then we never rallied. Against a good team like that it’s going to be really tough to recuperate.”

The Lady Bears started with two, uncharacteristic, bad passes which resulted in turnovers for the Lady Eagles. A walk called on Liberty gave Ava an opportunity, but another bad pass gave up the ball and led to a field goal by Mountain View’s Kaitlyn King.

“We let their defense and their length bother us a little bit,” said Houk. “We didn’t take care of the ball, didn’t make good crisp passes like we needed to. You can’t do that against a team like this.” 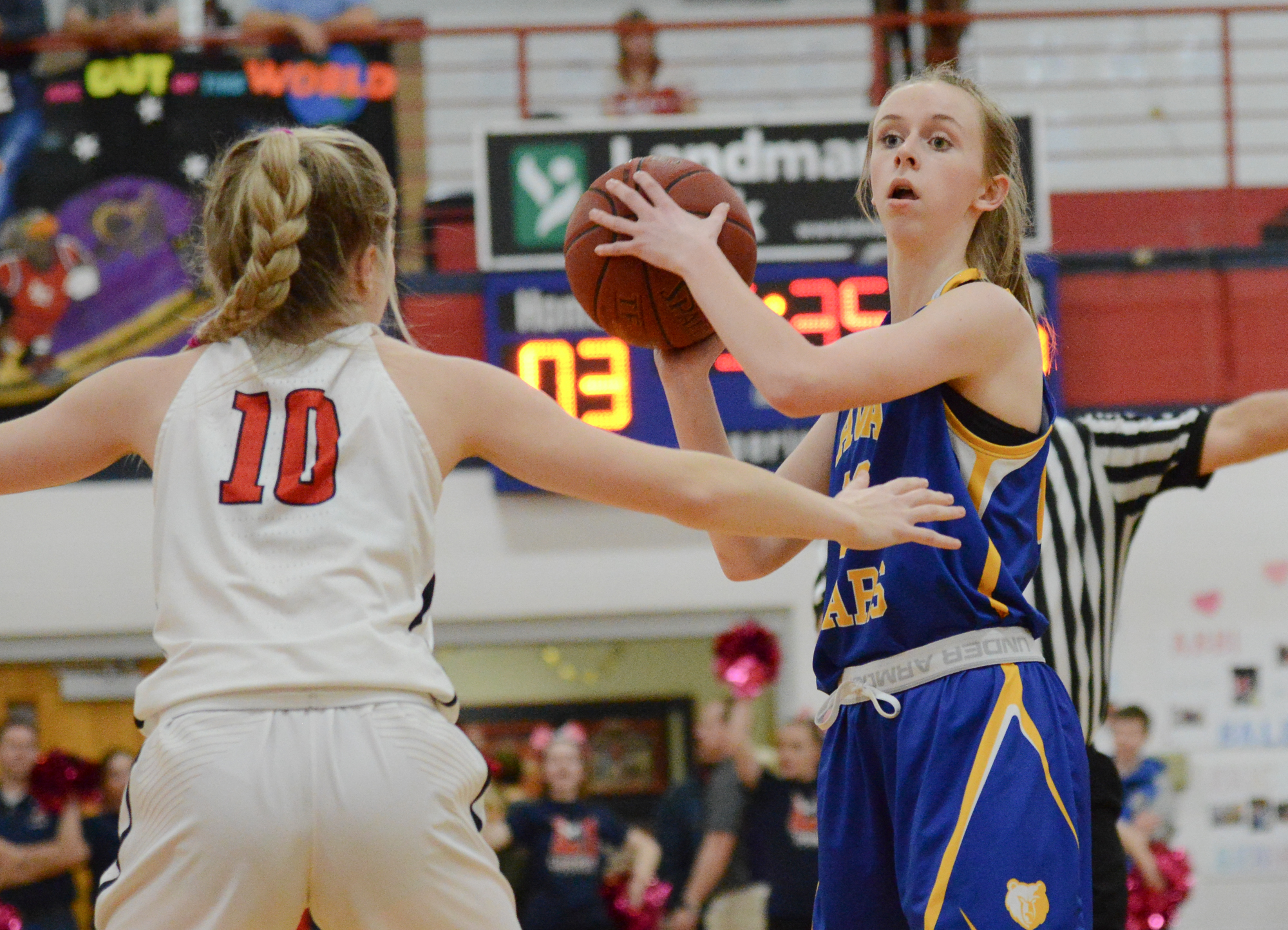 The performance the Lady Bears needed in the first quarter came in the second and third, and too late to erase the lead.

Hanna Evans found herself open for a three-pointer and Emily Stillings was able to get through the Liberty defense for two points. Eden Little was fouled on an attempted three, but only made one of the free throws. The other two points came from Bewley who shot 50-percent in the second.

On the other end of the court, Liberty scored six on the clock and pulled another four from the stripe. Kamryn Gastineau drew two fouls, but only hit 25-percent, giving the Lady Bears a break with a 9-8 second quarter for the Eagles.

In the third, a missed pass between Lady Bears went out-of-bounds, causing a sour start to the second half. The whistle didn’t help as Ava was tagged with walks and little mistakes.

Bewley opened the third with one from under the bucket on an offensive rebound.

Ava was able to hold back the Liberty offense and match them for 11 points. Twos from Fossett, Bewley, Stillings and one freebie from Mendel stacked up against the ten points made on the clock by the Lady Eagles.

With less than a minute left in the quarter, Ava was on a six-point run to close the gap to 11. However, the first minutes of the game were still looming overhead. Liberty was in a solid lead and Francis got the last shot and-1 to close it at 42-26.

“We had it cut to eleven in the second half a couple times, said Houk. “Well actually several times and had several possessions with (us) only down eleven, but we didn’t get the ball in the basket. I felt like we had an opportunity to get it to single digits and we just didn’t execute, and the ball didn’t go in the hole for us.”

According to coach Houk, Liberty’s Piper Francis is destined to a Division I school and has scored more than 2,000 points in her high school career.

The Liberty Senior scored 28 points on the Ava defense with 11 in the first and ten in the fourth to cap-off her high school ball career.

The Liberty bench didn’t just have athleticism in Francis but had several players who’s stature and build made it difficult for the Lady Bears.

“A couple of times we had foul trouble,” said Houk. “We had Emily on one of their (taller players) and stuff like that. We were able to fix that, but when you’ve got a team that that’s got so many (tall) girls or so much length, it’s hard to defend and keep them off the board.”

Francis was backed by free points and twos from Lexi Shumpert, Trinity Clark, and Kaitlyn King out-pacing the Lady Bears, 18-10.

Ashton Bewley made two field goals, pulling and-1’s on both attacks. Fossett came up with two as did Devin Rowe from a trip to the charity stripe, but Ava just didn’t have it set against the SCA juggernaut.