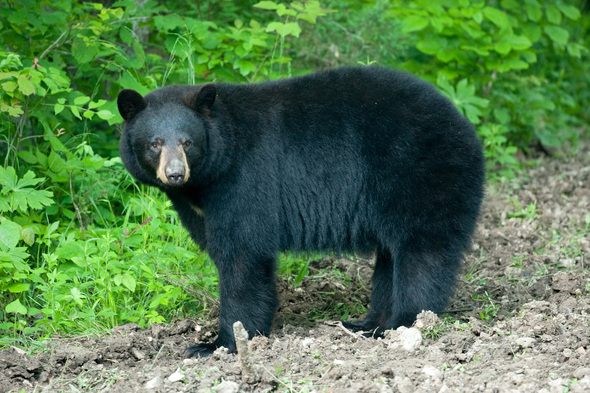 MDC will present a Bear Aware program at the Star Theatre in Willow Springs, Friday, March 1, from 6:30 to 8 p.m.

WILLOW SPRINGS –– The Missouri Department of Conservation (MDC) will present a Bear Aware program at the Star Theatre in Willow Springs, Friday, March 1, from 6:30 to 8 p.m. Bears are increasingly common in Missouri and are expanding their range. MDC Education Consultant Mary Beth Factor will present information about bears, how to avoid conflict with bears, as well as research information from the Missouri Black Bear Project.

Mostly extirpated from the state since the 1950s, black bears have been making a comeback. In 1958, Arkansas began reintroducing bears into that state, and sightings in Missouri increased beginning in the 1960s. A 2010 large-scale DNA study of Missouri’s bear population suggests that the largest population, in south-central Missouri (Webster and Douglas counties), may represent a small remnant of that region’s historical population, combined with bears descended from the Arkansas releases.

“Most Missouri bears live south of Interstate 44, but wandering individuals, mostly subadult males, have been seen as far north as the Iowa line,” Factor said. “The black bear is the only species of bear found in Missouri.”

Factor said her presentation will include natural history of black bears in Missouri, historical management practices in the Ozarks, and current MDC bear management. Because this presentation coincides with the 150th anniversary celebration of Willow Springs, Factor will center much of the conversation to that historic timeframe and area, creating an interactive presentation.

“We will discuss important ways to avoid interactions with bears and how to report bear sightings in your area,” Factor said.

More information about black bears in Missouri can be found at www.mdc.mo.gov.