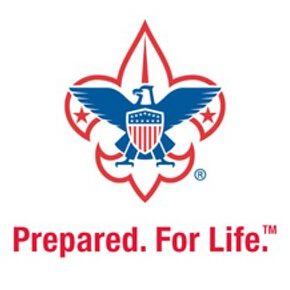 Eagle Scout Recognition Ceremony Is Wednesday, Feb. 13, at 7 p.m. at Church of Jesus Christ of Latter-Day Saints, in Ava.

Last week Boy Scout Troop 68 announced six members of the local troop have qualified for the rank of Eagle Scout.  The Eagle Court of Honor will be held Wednesday, Feb. 13, at 7 p.m. at the Church of Jesus Christ of Latter-Day Saints building in Ava located at 910 Shull Avenue.

The public is urged to attend and congratulate these young men on their outstanding achievement.

To accomplish this task, a scout must meet a host of difficult benchmarks, with the timeline for attaining some merit badges taking three months or more to complete.

Each scout must also successfully complete an Eagle Scout board of review.

In addition to attaining specific merit badges, each scout was also required to oversee and facilitate a special community project or task of notable proportions.  Ava scouts qualifying for Eagle Scout are listed below, along with information about the special project they initiated:

Jarom’s Eagle project was the construction of a bridge to connect walkways at Health Haven Botanical Gardens in West Plains.  The project took 170 hours to complete.

Jarom, the son of Josh and Mandy Wilber, is a junior at Victory Academy, in Seymour.

Thomas Grissom is the grandson of Jonathan and Vicky Grissom, and a senior at Ava High School.

Andrew’s project was a ‘Billion Graves’ project wherein the Sumner, Harris and Johnson cemeteries were cleaned and digitally recorded. The project took 65 hours to complete, and earned six palms.

Andrew is the son of Kevin and Sara Baker and a junior at Bradleyville High School.

Keona’s project was construction of a blessing shed for the local DOCO, Inc. Shelter Workshop.   The project took 62.5 hours, and earned three palms.  Keona is currently working toward earning more.

Keona is the son of Edward Daly IV and Athena Tacoronte-Daly, and a sophomore at Ava High School.

Levi’s project was building a Veteran’s Garden at Health Haven Botanical Gardens in West Plains. This project took 362 hours to complete, and for the effort, Levi  earned three palms.  Levi is also working on additional projects.

Levi Baker is the son of Kevin and Sara Baker and a freshman at Bradleyville High School.

Dwight’s project was constructon of a prayer garden at Ava Methodist Church. The project took 76 hours to complete, and earned two palms.

Dwight is the son of David and Shirley Emerson, and a senior at Ava High School.

Eagle Scout Rank is the highest rank attainable in the Boy Scouts of America program.  The Eagle Scout ceremony scheduled for Feb. 13 is open to the public.